5 Consumer Stocks to Watch Out for this Black Friday Holiday season beings cheers to not only consumers but also to Companies, which try to make the most of the season by offering products, services and discounts to entice customers to make a purchase. The increase in disposable incomes and a consequent rise in spending make the consumer the king.

Consumers make up for over 70 percent of the economy and are the driving force behind increasing sales and soaring profits of companies. We look at some companies which are all set to cash in on the festive cheer this season! 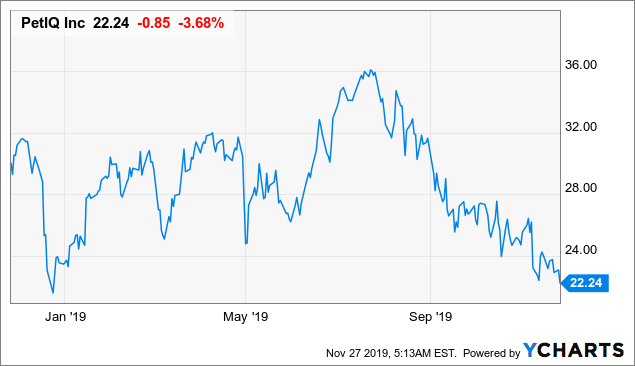 PetIQ is a developer of pet care solutions focussed on providing affordable healthcare, veterinary services and wellness products through retail channels that enhance the lives of pets. The Company intends to capitalize on the burgeoning global demand for pet health and wellness products, by providing comprehensive pet care solutions, including per prescription medication, OTC treatments, pet supplies and treats.

The Company is involved with many charitable organisations and initiatives such as the Sierra Delta service dogs for hero, which helps veterans acquire service dogs for physical and emotional support. In addition it also provides free assistance dogs to people who are visually impaired or having special needs. PET IQ also has tie-ups with pet support organizations such as apaw and Paws rescue Inc.

PET IQ manufactures over 200 products and markets them through 40+ retail partners and a 60,000 strong network of points of distribution. Furthermore it runs over 3,400 mobile and fixed clinics through its vip, petcare veterinary services. The Company has plans to extend its clinic footprint by more than 1000 by 2023. In July, 2019 PetIQ acquired Perrigo Animal Health for a $185 million cash transaction to help diversify its offerings and cash in on operational synergies. 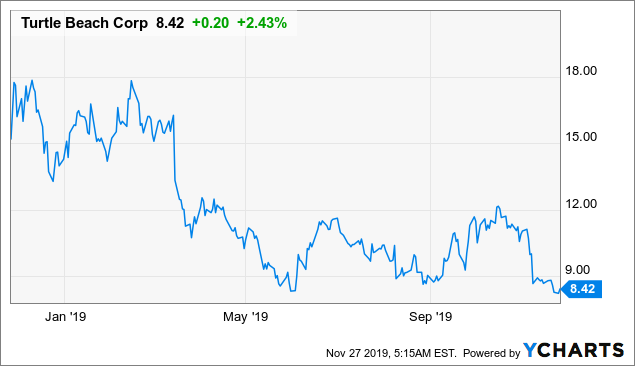 A leading gaming audio and accessory headset manufacturer has come up with an assortment of headsets for the holiday season including the New Standalone Elite Pro 2 Pro Performance Gaming Headset. The Company’s, Germany-based PC accessories division, ROCCAT, is offering a Powerful PC Gear that can completely transform gaming experience. Turtle Beaches line up for 2019 consists of new headsets, keyboards, mice and more for gamers on Xbox One, PlayStation®4, Nintendo Switch™, PC, and mobile gaming devices as per a Company statement.

The Company is making new addition to the recon 70 series, successor to its best-selling recon 50, in addition to the current best-selling Stealth 600 and Stealth 700 wireless options for Xbox One and PS4™ and a standalone version of Elite Pro 2, their flagship offering. Turtle Beach is upbeat about the response it has received for its highly-acclaimed Elite Atlas Aero wireless 3D surround sound PC headset, by media and customers alike. The Company has lined up more than 50 different products for sale through stores and online, with great deals to entice customers during the Black Friday and Cyber Monday sales. The Company has strategic tie-ups with retailers such as Target and other big tickets retailers and markets its products online as well. The year 2018 saw a significant increase in its installed user base owing to battle royale games. The Company intends to promote a faster upgrade/recycle habit in its headset users by discounting console prices in the last holiday season before launch of new consoles. The Company sold close to $322 million through its retail channels in U.S and Canada in 2018 and is at $268 million in TTM sales at the end of September 2019. Turtle beach has more than doubled its total addressable market to $4.1B through its acquisition of ROCCAT. 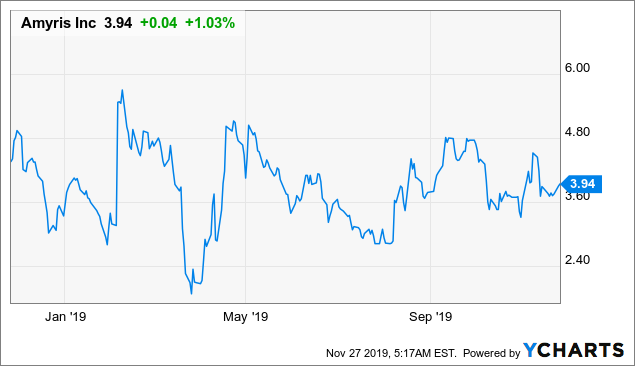 The Company recently forayed into the clean baby care brand with the launch of Pipette, a formulation that uses least possible ingredients in their purest form. The brand will have seven baby care products initially offering Shampoo & Wash, Wipes and Balm for baby, Lotion, Oil as well as Belly Butter and Oil for pregnant mothers and postpartum moms and will be available for sale through an online platform called Pipettebaby.com, with plans to expand their presence through other channels such as Dermstore.com, buybuyBABY.com, Amazon.com, and Walmart Inc.

As per its Q3, 2019 financial results, the Company continues to double its product revenue year over year, with the revenue being at $19.7 million, more than double of Q3, 2018, and is on track to achieving its $150 million in revenue guidance for 2019. Amyris claims to have resolved part of its capital concerns through SEC filing and Nasdaq compliance, resolving CVI Heights Debt, expanding gross margin, and continuing the revenue growth as per a Company statement. In addition, its Biossance brand is disrupting the high performing, clean and sustainable skin care market.

Furthermore the Company is developing a line of cannabinoids, which it aims to commercially launch in 2020 and has the potential to become a significant source of product revenue and royalties. Amyris is also upbeat about the initial response to its products Purecane™ sweetener and Pipette™ baby, both of which are receiving outstanding ratings.

The Company has expanded the Biossance clean skin care brand’s reach to Australian and New Zealand markets, Thailand and South Korea, in addition to a new collaboration agreement with Yifan of China. Amyris is also increasing its presence in Sephora stores, which stood at 219 out of 480 total North American stores carrying the full end cap of all product SKUs at quarter end as per a Company statement. 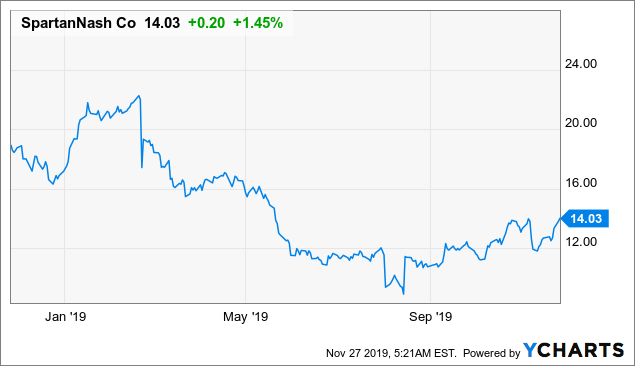 SpartanNash Co supplies more than 2,100 independent grocery retail locations throughout the United States and has over 155 corporate supermarkets in nine states. The Company’s MDV Division also serves the military community, besides offering third-party logistics through BRT and premier fresh produce distribution and fresh food processing through Caito Foods. The Company is a Fortune 400 company and the sixth largest food distributor in the United States which also supplies grocery products to U.S military commissaries.

The Company has numerous awards and recognitions to its credit such as being in the Fortune 400, adjudged the most military friendly employer, winner of the secretary of Defense Freedom Award, America’s Best Employer by state to name a few.

partan unveiled its goals in August which include sustained mid-single-digit sales growth; realizing more than $15 million of savings over the next 24 months from the Project One strategic review team; reducing debt and working capital while lowering financial leverage ratios; and improving adjusted operating earnings and adjusted EBITDA

As part of its Thanksgiving initiative, the Company granted $346,150, equivalent to 3.5 million meals to over 100 community food pantries. 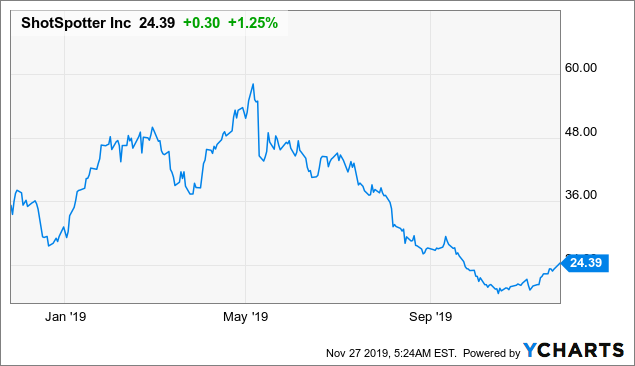 The Company manufacturers ShotSpotter® Flex™, a gun detection location and forensic analyses system, which use Acoustic sensors with audio triangulation capability, to pinpoint where shot are fired. The system can provide information on the type of weapon used, based on machine learning based sound analysis. These incidents are reported to the review centre, which makes further analyses about the nature of weapon and the number of shooters, resulting in faster response time and a more calculated approach to tackling a volatile situation. The system sends notifications to dispatch centres and officer smartphones and reduces alert time from shots fired to notification to less than 60 seconds. The location information also provides access to the exact place so that evidence collection becomes easier. The Company is establishing strategic collaborations with schools, college and even hospitals to improve patient outcomes by alerting hospitals of possible gunshot victims, thereby providing quicker access to critical healthcare and improving their chances of survival. Shot Spotter recently signed a three-year, $4.27 million contract with the Puerto Rico Public Housing Authority to deploy its gunshot detection technology, making it its fifth-largest ShotSpotter customer, after completion of deployment. The technology has already been installed in over One hundred U.S. cities including Chicago, New York, Las Vegas and Miami-Dade County.