A Potential Disruptor In The Micro-Endoscopic Device Market 17 Jul A Potential Disruptor In The Micro-Endoscopic Device Market

Medigus Ltd, (NASDAQ:MDGS) a pioneer in developing cutting-edge minimally invasive surgical tools and imaging solutions for medical as well as industrial use, announced that the company, along with A.M surgical has landed a “Substantial Commercial Order” for manufacturing 1,400 units of its integrated visualization device amounting to $650,000. The order will require them to develop an integrated visualization device, which will be a combination of its micro ScoutCam technology and A.M.’s surgical product for endoscopic procedures named Stratos.

The integrated device is a boon for those undergoing endoscopic carpal tunnel release procedures as it offers greater levels of surgical control and visualization.

The company also manufactures a proprietary Medigus Ultrasonic Surgical Endostapler, or MUSE™ system, for the treatment of gastroesophageal reflux disease (GERD). In addition it also manufactures micro video cameras, through ScoutCam Ltd, it’s fully owned subsidiary, including micro ScoutCam™ 1.2, which hold the distinction of being the smallest in the world according to the company. 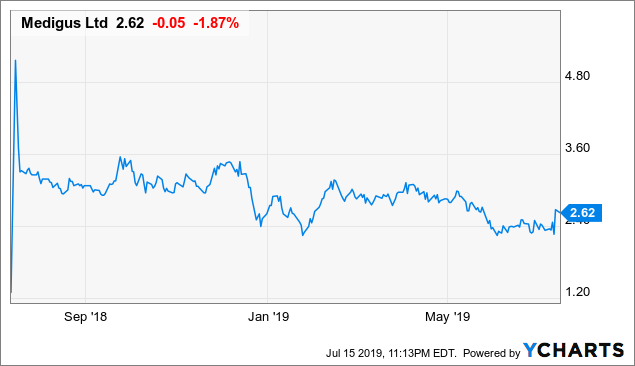 Artificial Intelligence is making inroads into a plethora of industries including medicine and surgery. Technological advancements, coupled with an increasing demand for advanced diagnostic and imaging facilities, are bolstering the growth in the market. AI is now lending itself to integration with other technologies, such as picture archiving and communication systems (PACS), resulting in better diagnostic capabilities.

A report by Markets and Markets estimates that the global advanced visualization market will be worth USD 3.19 billion by 2021, growing at a CAGR of 11.0% from USD 1.89 billion in 2016. However lack of extensive payor coverage, prohibitive costs and technological limitations of existing systems may act as a hindrance to growth.

Patients suffering from gastro esophageal abnormalities are compelled to choose between drug therapy, which may provide ineffective and temporary relief, and invasive surgery that required considerable expense as well as recovery time. The need of the hour therefore, is minimally invasive treatment options that use latest technological advancements, to address unmet needs in the endoscopic procedure space. A report by Grand View Research, Inc. predicts that the global GERD market will be worth USD 4.34 billion by 2025.

Medigus – A pioneer in Micro-Endoscopic Devices

Medigus, established in 1999 and headquartered in Omer, Israel, is primarily a medical device company that develops and markets, minimally invasive surgical tools and visualization technology for endoscopic procedures, for markets worldwide.

It proprietary MUSE™ system, which stands for Medigus Ultrasonic Surgical Endostapler, offers an incisionless procedure to treat GERD, by repairing the dysfunctional valve between the esophagus and stomach, through a procedure known as Transoral Fundoplication (TF). The system is an amalgamation of state-of-the-art microvisual, ultrasonic and surgical stapling capabilities.

Additionally, the company through its wholly owned subsidiary ScoutCam develops a variety of micro CMOS (complementary metal-oxide semiconductor) and CCD (charge-coupled device) devices, for both industrial and medical applications. The cameras are built according to client specification with respect to field-of-view, depth-of-field and best focus distance, and can either be disposable or reusable. Its ScoutCam 1.2 is the gold standard for direct visualization and touted to be the world’s smallest camera.

“Medigus is honored to support NASA on RRM3, which is crucial for advancing technologies that will allow replenishing vital supplies in space. We pride ourselves in our ability to offer custom-tailored optics and seamless integration, and believe our innovative technology will greatly contribute to this next phase of the mission.”

In June 2018, Medigus entered into a development agreement with A.M. Surgical, Inc, an orthopedic surgical device manufacturer, to develop manufacture an integrated visualization device using its ScoutCam™ technology in conjunction with Stratos™, the A.M. Surgical product for endoscopic procedures. The agreement is for a total consideration of $780,000, which will be milestone-based payments.

It enjoys a robust and extensive Intellectual Property Rights portfolio, covering areas such as flexible endoscopic stapling, miniaturized visualization and integrated ultrasound. The company has 19 patents in the U.S and over 70 patents worldwide. In April 2019, it received a notice of allowance for its innovative ScoutCam irrigation system from the European Patent.

As part of its expansion efforts, the company entered into an agreement with Golden Grand (Shanghai Golden Grand-Medical Instruments Ltd.) for the know-how licensing and sale of goods for Medigus Ultrasonic Surgical Endostapler (MUSE™) system in China, Hong Kong, Taiwan and Macao in exchange for USD $3,000,000.

In March 2019, Medigus inked a deal with Linkury Ltd (owned by Algomizer Ltd), an online advertising company, to develop an e-commerce site for CDB-based products. The agreement will see the companies investing $500,000 for establishing infrastructure and marketing systems in place.