Liberty Defense Holdings (OTCPK: LDDFF), a pioneer in security solutions dealing with detection of concealed weapons in areas with high volume foot traffic, has signed a Memorandum of Understanding (MOU) with FC Bayern München, a premier German soccer team to test “HEXWAVE”. Beta testing will involve using HEXWAVE in a live environment, in this case Allianz Arena, the home of FC Bayern, which has a seating capacity of 75,000 and is the second largest arena in Germany, next only to Signal Iduna Park. The initial Alpha testing of the product is being carried out at Liberty’s Center of Excellence laboratory in Atlanta, Georgia. 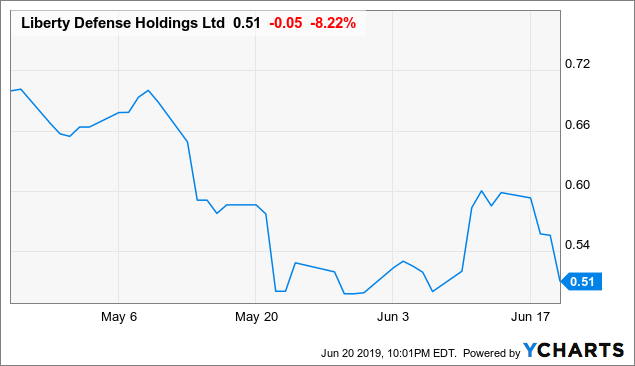 “The reception to our HEXWAVE product has been fantastic and we are excited about working alongside FC Bayern Munich, a team that is a household name in both Europe and North America. Our ability to deploy in both indoor and outdoor settings, with covert and overt applications, sets us apart and has also been driving increasing interest from the market.”

The company has also signed an agreement with NHL’s Vancouver Canucks, to beta test HEXWAVE at Rogers Arena, one of the first sporting venues to do so. In addition, it has entered into agreements with the Utah Attorney General to use the technology in public venues in UTAH and Sleiman Enterprises, a developer that runs around 150 shopping malls; The company is working with the venues security teams to explore the location and application of the device and intends to fully launch the product by 2020.

What’s the Buzz about?

HEXWAVE uses 3D imaging and Artificial Intelligence, to secure high traffic areas with multiple exit points, in a secure and non-intrusive manner. It offers accurate and real-time detection of threats, and can be installed in covert or overt locations, in combination with conventional and automated security measures. The device can detect a range of metallic as well as non-metallic objects, such as explosives, guns, knives, assault rifles to name a few, by using machine learning.

HEXWAVE uses low power radar energy, to create 3D images in real-time, for detecting weapons concealed in clothing or baggage. It actively transmits radio signals that reflect off of metallic and non metallic surfaces, and produce a 3D image that can capture the details of the size, depth and shape of any object that has a material form. The data collected using imaging processing techniques is then stored in threat libraries, in units and clouds, and used to improve AI machine algorithms.

As Bill Riker, CEO of Liberty Defense puts it succinctly

“With the artificial intelligence side of this, you’re really taking the human out of the loop. Because it’s the machine that’s doing the analysis, not somebody trying to interpret an image or whether something is a concern.”

The company has an exclusive licensing agreement with MIT Lincoln Lab, for use of the technology behind HEXAWAVE along with a technology transfer agreement for patents encompassing 3D radar imaging technology. This device can be put to good use in areas with large public gatherings, such as sports and entertainment venues, offices, shopping malls, airports and schools and other learning institutions, which are susceptible to attacks.

HEXWAVE works both in indoor settings such as schools, hospitals, hotels, malls and places of worship and outdoor settings like Airports, Sports Venues, Railways/Subways and other places of public interest. The detection range of the device can be between five to eight feet, a number which is determined by the local regulatory agency, which is Federal Communications Commission (FCC) in the case of U.S. At present the system does not offer facial recognition facility and cannot store any images. However, it emits 200 times less energy than home-based wi-fi systems. The system can either be installed in the open with the public being aware of being screened or hidden from plain sight in kiosks, signs or drywall.

This technology has far-reaching applications, as it can be used for screening not only weapons ,but also prevent someone from carrying illicit or unauthorized products such as alcohol, drugs and other prohibited substances.

The Global Weapons Detection Market is on an Upswing

The year 2019 has seen over 10 mass shootings with 51 victims killed in the U.S alone, according to a report by ABCnews. Since 2015, there have been an estimated 1700 mass shootings. The rise in terrorism, lenient gun laws that allow easy access to weaponry and increased unrest and anti-social activities are driving the growth in the Weapons Detection Systems market, which is projected to reach $7.5 billion by 2025, growing at a CAGR of 8.2% from $4.9 billion in 2019, as per Homeland Security Research Corp. North America and Europe are facing increased terror threats due to the rise of militant organizations such as ISIS. There is a surge in the smuggling of explosives and weapons due to the rising unrest in third world and middle-eastern countries. Terrorists are increasingly targeting public places for carrying out attacks and that makes any public place, be it a museum, theatre, airport, hospital or restaurant an easy target.

Security forces are ill-equipped to preempt and prevent these deadly attacks due to a lack of advanced detection systems. There is an urgent need for the development of cutting-edge technology that can help detect any such threats, but in an unobtrusive manner. The present day systems for weapons and explosives detection rely on explosive trace detectors, Tomographic EDS, X-Ray Screening systems and metal detectors. However, they are limited by their lack of convenience. They are usually cumbersome and time-consuming and slow down the functioning of a place such as airports or hospitals.

Anti-Social elements are one step ahead of these systems, creating weapons that are hard or almost impossible to detect. Modern weaponry uses the best that technology has to offer to create weapons that are easy to conceal and can wreak havoc if undetected.

This is where HEXWAVE has the potential to revolutionize the Weapon detection market, by using its concealed weapons active imaging detection (CWAID) technology, which can eliminate individual check points, it marries security with convenience. It can track a weapon even when the carrier is in motion, offering high speed 3D images that are almost real-time, making it ideal for areas with a high throughput.

As Bill Riker points out

“Concealed weapons active imaging detection technology presents a unique opportunity in the market to deliver both safety and convenience without compromising security efforts. This revolutionary technology will save lives.” We believe that Liberty Defense is making the right strategic moves, be it the licensing of a ground breaking technology or its agreements with high-profile entities, which offer it great visibility. If the company can keep up the momentum and successfully complete it’s beta testing, it has the potential to disrupt the weapon detection and security market worldwide.