The shares of Curaleaf (OTCQX: CURLF) surged by almost 15% since the news of its acquisition of Cura Partners, the owner of Select brand, in an all-stock deal valued at C$1.27 billion or US$948.8 million became public. The deal will offer both the companies the ability to diversify and leverage upon an already existing retail channel and brand. This is the largest acquisition of its kind in the U.S cannabis market and comes right on heels of the acquisition of Acreage by Canopy growth Inc for $3.4 billion.

As part of the deal, Curaleaf will gain access to Select’s intellectual property rights and other material aspects including its manufacturing, distribution and retailing operations except CBD Select as Curaleaf already has a strong CBD business of its own.

The new entity will combine Curaleaf’s 12 cultivation sites, 11 processing sites and over 44 dispensaries along with Select’s network of an estimated 900 retailers giving the companies considerable cost and operational synergies. According to estimates the merged company will have more than $200 million in annual revenues making it the biggest cannabis player in the world. 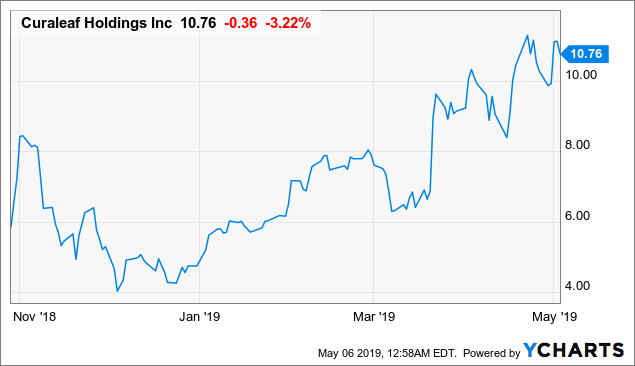 It’s the season of Mergers!

The U.S Cannabis market is witnessing the second merger such merger in the last couple of months, closely following another mammoth deal which saw the Canadian cannabis company Canopy Growth (NYSE: CGC), a global leader in diversified cannabis and hemp related products, acquiring the right to buy Acreage Holdings,  (OTCQX: ACRGF) at such time as cannabis production and sale becomes federally legal in the United States, subject to shareholder approval. CBD on the other hand, has several powerful anti-inflammatory, analgesic, neuroprotective and anti-anxiety properties, which explains its growing popularity to treat a plethora of medical conditions. Unlike THC, CBD does not have any psychotropic effects and hence is widely preferred. It is increasingly being used to treat conditions such as cancer, cardiovascular anomalies, arthritis, anxiety, depression and insomnia. In addition, it has also been proven to possess neuroprotective benefits that can treat diseases such as seizures, multiple sclerosis (MS), alzheimer’s, parkinson’s and schizophrenia to name a few.

In 2017, The WHO expert committee on Drug Dependence (ECDD) concluded that in its unadulterated form, CBD does not cause harm or have abuse potential. While further research is underway on the subject it has been proved that CBD is well tolerated in humans and is safe.

Curaleaf is on a mission to be the largest cannabis player in the U.S

This deal will provide Curaleaf with a foothold in the West Coast cannabis market where Select has a strong presence with over 900 retailers in Oregon, California and Nevada. The company which has a strong focus on the wellness sector can now diversify into lifestyle brands and products.

A statement by Curaleaf’s CEO Joseph Lusardi calls the combination of Curaleaf and Select a perfect fit. The company hopes that it will be able to gain a stronghold on both coasts in the U.S with the coverage of 15 states and adding at least 70 retail stores by end of 2019, in addition, to the 900 retail stores that have Select’s presence. The biggest advantage would be the reduction in production costs and material costs which the CEO predicts will come down by 25% and 50% respectively.

With the U.S government softening its stand on marijuana, based on increasing evidence of its health benefits, there is a growing call for its legalisation. This merger will give an advantage to Curaleaf in terms of an already established presence in major marijuana markets in the country as well as a credible brand name.

As per the terms of the agreement, Curaleaf will acquire all outstanding equity securities of Cura by issuing 95.6 million subordinated voting shares at a price of C$13.30 (Last traded price as on April 30, 2019), giving it a 16% pro forma ownership of Curaleaf on a fully-diluted basis.

Cameron Forni, will act as the President of Select and join the broad of directors of Curaleaf. He brings with him a considerable experience of VC-backed forays in consumer goods prior to establishing the company. He is also considered an authority on vaporizer cartridges and acts as an advisor on the LA Cannabis Task Force.

What it means for Cura Partners Inc

The company known for its exemplary work-culture, and awarded a place in the Oregon Business Magazine’s list of 100 Best Companies to Work for in Oregon in both 2018 and 2019, is the owner of Select brand which sells Select Oil, the best-selling oil in its category that is a high THC cannabis brand and Select CBD that makes high-CBD hemp-derived products. The company manufactures and sells cannabis and hemp-based products in legal states to dispensaries and legal outlets.

The deal will help Cura with its plan of geographical diversification as well as achieve reduction in operational and material costs. In case of Cannabis being legalised it gives the company the advantage of scale and an established operation.

It is one of the most popular Cannabis brands in the U.S with a formidable presence in the states of Nevada, California, and Arizona with over 900 retailers selling its products across the country. Its flagship brand is Select Elite which consists of a line of vaporizers made from clean, potent cannabis oil. It also manufactures The Weekender, a 90-puff disposable pen.

Its select CBD brand consists of products that are hemp-derived and contain no THC such as drops, capsules, muscle rub, vape pens, patches and gummies. All its CBD products use only cannabis-derived terpenes and are based on the actual terpene profile of the plant.

The company recently forayed into the European market through a distribution agreement with Plata wellness which will not only act as its overseas distributor but also fulfil its orders, process payments and handle licensing and manufacturing. It will initially market Select CBD’s disposable cartridge with plans to add more products to the mix later.

In our opinion, Curaleaf has made a very smart move by taking the first step in establishing a formidable national presence in the face of a possible legalisation of cannabis in the U.S market. The U.S cannabis industry is on a consolidation spree and in the coming days we can expect many such deals, with the advantage clearly accruing to the first movers.

The benefits from this deal are manifold for Curaleaf, besides the cost and operational synergies; it will also help the company diversify geographically and into the lifestyle branding segment. The impressive retail presence of Cura’s Select is another shot in the arm for its efforts to establish more stores by the end of 2019. Select’s existing sales force and management team will aid it in navigating choppy waters in new markets.

All in all, this deal makes a great fit for both the companies, helping them achieve their common goal of market domination.

Curaleaf Holdings is a vertically integrated, multi-state cannabis operator in the U.S Cannabis market. The company engages in the production and distribution of cannabis products under three distinct brand names called Curaleaf, Curaleaf Hemp and UKU Craft Cannabis. Its products come in various forms such as flowers, vaping concentrates and oils , tablets , capsules , tinctures and topical lotions to name a few. Its state-of-the-art cultivation facilities produce over 150 strains of high-quality cannabis, that is then processed using superior clean extraction techniques, which helps it create pure CBD oils that preserve the integrity of the full spectrum of cannabinoids. It holds the distinction of being the first multi-state operator to launch a national CBD product line, Curaleaf Hemp, currently being distributed through its nation-wide network of retailers.

- THE FUTURE OF HEPATITIS-B TREATMENT [ MUST WATCH ]