Posted at 12:11h in Biotechnology by admin 0 Comments
0 Likes
Share

CytoDyn Inc (OTCQB: CYDY), a clinical stage biotechnology company, announced the filing of an Investigational Drug License (IND) for treatment of NASH with Leronlimab. The drug candidate is a humanized IgG4 mAb CCR5 antagonist that has been granted the Fast Track designation by the FDA for treatment of two indications, as a combination therapy with HAART for HIV-infected patients and for metastatic triple-negative breast cancer (mTNBC).

Furthermore, the company is also filing for a Phase 2 clinical trial protocol based on positive clinical trial data, for evaluating the efficacy of Leronlimab in the treatment of liver fibrosis associated with NASH. The trial has been designed as a multi-center, randomized, double blind, placebo-controlled trial, with a subject size of 60 adult patients with NASH.

“We are cautiously optimistic about the potential of Leronlimab to provide a new therapeutic option for individuals diagnosed with NASH. We again thank the men and women who have agreed to participate in our trials”

Additionally, the company has also received an approval from the FDA for a Phase 2 protocol, involving a 30-patient study, which tests the efficacy and safety of a combination of injected Leronlimab and Regorafenib taken orally, for treatment of patients with metastatic colorectal cancer.

The company is engaged in pursuing multiple therapeutic indications which could benefit from the use of CCR5 such as HIV, Immunology, Cancer and Prognostics tools. 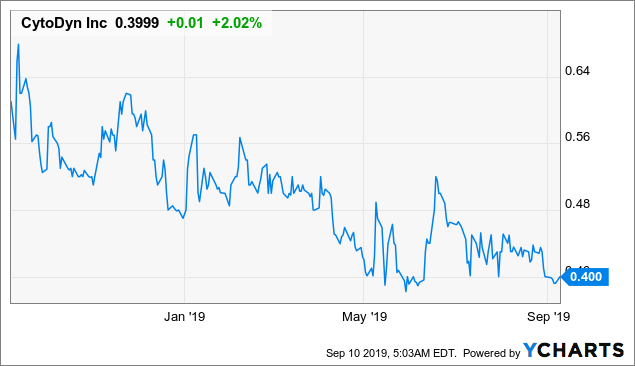 Nonalcoholic Steatohepatitis (NASH) is a form of Non-Alcoholic Fatty Liver Disease (NAFLD) and is characterized by the build up of FAT in the liver. This condition is marked by hepatitis, inflammation, cell damage and fat deposits in the liver. These fat deposits can cause fibrosis of the liver, in turn leading to liver cancer or cirrhosis.

According to an estimate only 20 percent of the people suffering from NAFLD have NASH, while the rest only have a simple fatty Liver. While nearly 40 percent in the U.S are afflicted with NAFLD, around 3 to 4 percent have NASH. The American Liver foundation estimates that over 100 million people suffer from NAFLD in the U.S alone.

According to a report by Reports and Data, the Global NASH market will be worth over USD 13.38 Billion by 2026. The healthcare costs associated with this disease will likely reach USD 18 billion by 2030 from USD 5 billion now, if the disease is left untreated.

In May 2019, the company announced an agreement with Dr. Daniel Lindner, M.D., Ph.D, of Cleveland Clinic, for testing the efficacy of Leronlimab in preventing the progression of NAFLD into NASH in humanized murine models. CCR5 pathway has been identified as a key pathway in treatment of NASH. Leronlimab is a highly selective CCR5 inhibitor, which has not shown any hepatotoxicity, unlike other CCR5 antagonists. The compound has the potential to be used a monotherapy or in conjunction with other molecules, and offer a lower dosage regimen. Preclinical trials with other CCR5 inhibitors have demonstrated the ability of CCR5 as an anti-inflammatory and anti-fibrotic, which has encouraged the company to pursue NASH as its next therapeutic target.

“We are extremely fortunate and excited to partner with The Cleveland Clinic and Dr. Daniel Lindner to explore the potential of Leronlimab in the prevention of NASH. A successful proof-of-concept study of Leronlimab in NASH will allow the company to immediately file with the FDA an IND and protocol for a Phase 2 trial, as we have done with other indications”.

The company’s lead candidate for the treatment of NASH, Cancer and HIV is Leronlimab (PRO 140), a fully humanized IgG4 monoclonal antibody directed against CCR5 otherwise known as viral-entry inhibitors. This acts by blocking the HIV (R5) subtype entry into T-cells, used by HIV as a molecular portal, and masking the CCR5 co-receptor, but leaving its ability to provide an immune response intact. Though it does not exhibit agonist activity towards CCR5, it has demonstrated antagonist activity to CCL5, a central mediator in inflammatory diseases. In April 2019, CytoDyn announced the topline results from its Phase 2b monotherapy trial. In addition it filed an application for an investigational new drug application (IND) with a Phase 3 protocol for a monotherapy trial with the FDA. The study will be conducted by Amarex Clinical Research, its principal CRO. It is currently engaged in a crucial Phase 3 trial for Leronlimab (PRO 140), as an adjunct therapy to HAART (Highly Active Anti-Retroviral Therapy). Additionally, it has also initiated a Phase 2 trial for treatment of Graft versus Host Disease (GvHD), in patients with acute myeloid leukemia (AML) or myelodysplastic syndrome (MDS), who are undergoing bone marrow stem cell transplantation. CytoDyn has also received an approval for a Phase 2 protocol in Metastatic Colon Cancer.

The company also offers Prostate Diagnostic Test (PCa Test), acquired from ProstaGene in November 2018, which offers an improvement over conventional diagnostic tools such as the Gleason score, by applying artificial intelligence to deciphering gene signatures. The PCa test uses 16 gene biomarker signatures for prognostication and therapeutic substratification of prostate cancer using sophisticated proprietary artificial intelligence algorithms, as per the company.

We believe that the company is poised to achieve success, owing to its approach to development and focus on licensing its pipeline. The areas that the Company is targeting are those with large unmet medical needs and any breakthrough therapy has the potential to be a huge success.

National Institute of Diabetes and Digestive and Kidney Diseases (NIDDK),