Emerging Paradigms in the treatment of NASH (Non-Alcoholic Steatohepatitis) Posted at 12:44h in Biotechnology by admin 0 Comments
0 Likes
Share

Nonalcoholic Steatohepatitis (NASH) is a form of Non-Alcoholic Fatty Liver Disease (NAFLD) and is characterized by the buildup of FAT in the liver. This condition is marked by hepatitis, inflammation, cell damage and fat deposits in the liver. These fat deposits can cause fibrosis of the liver, in turn leading to liver cancer or cirrhosis.

According to an estimate only 20 percent of the people suffering from NAFLD have NASH, while the rest only have a simple fatty liver. While nearly 40 percent in the U.S are afflicted with NAFLD, around 3 to 4 percent have NASH. The American Liver foundation estimates that over 100 million people suffer from NAFLD in the U.S alone.

According to a report by Reports and Data, the Global NASH market will be worth over USD 13.38 Billion by 2026. The healthcare costs associated with this disease are likely to reach USD 18 billion by 2030 from USD 5 billion now, if the disease is left untreated. 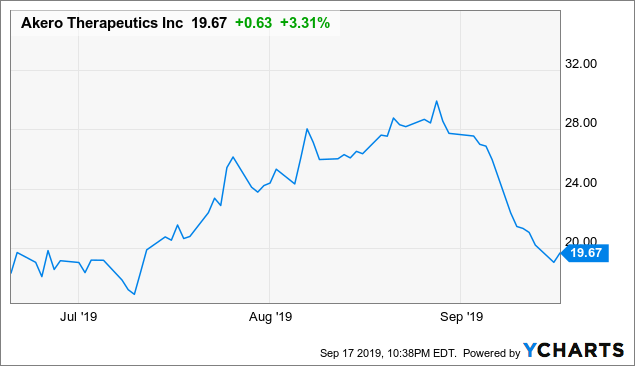 AKR-1, the company’s lead candidate for the treatment of NASH, is an engineered analog of the naturally-occurring hormone FGF21, a human polypeptide sequence combined with Fc domain of human immunoglobulin (IgG1). Its novel design allows for sustained signaling through FGF21 receptors, which helps in lowering liver fat, reducing inflammation and fibrosis of the liver. Moreover it is an amalgamation of the metabolic and anti-fibrotic approaches to treating NASH.

The candidate can restore lipid metabolism in the liver and prevent hepatocyte stress and death. It also helps inhibit downstream inflammation and fibrosis. The company has designed the hormone in such a way that its half-life has been extended from a mere two hours to over 3 days for once-weekly subcutaneous administration. It also targets different sources of fatty liver such as dietary fat, de novo lipogenesis in liver and adipose tissue lipolysis. AKR-001 improves insulin sensitivity, redirects calories away from the liver to other tissues and muscles in the body thereby reducing lipotoxicity, oxidative stress, inflammatory response, and inhibits fibrosis. Unlike others AKR-001 does not lead to weight gain and can reduce cardiovascular diseases. In June 2019, the company initiated the dosing of patients in a Phase 2a BALANCED study, which is a multicenter, randomized, double-blind, placebo-controlled, dose-ranging trial in biopsy-confirmed patients with NASH. The primary clinical endpoint of the study measures absolute change from baseline in hepatic fat fraction measured by Magnetic Resonance Imaging – Proton Density Fat Fraction (MRI-PDFF) Week 12. 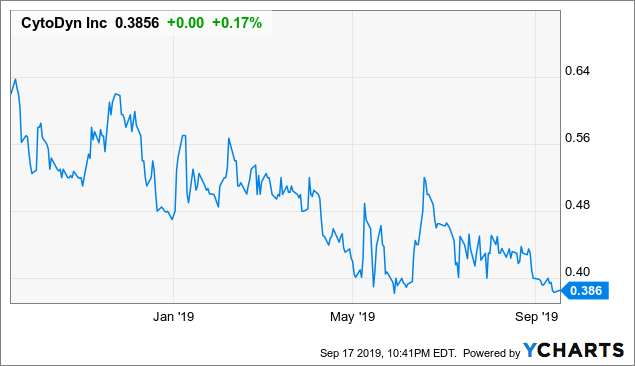 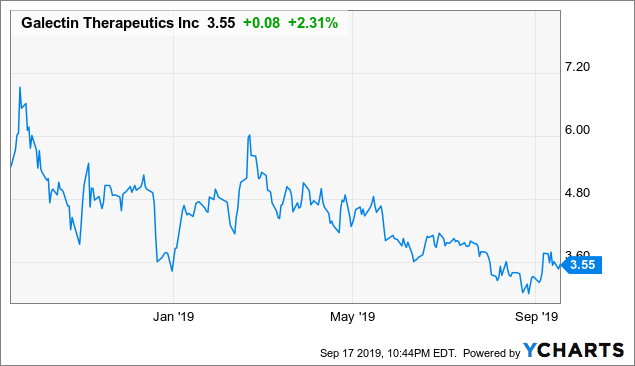 The company’s lead candidate GR-MD-02 has shown a marked effect on liver fibrosis in animal models, thereby leading to further research in liver diseases such as fibrotic liver disease, lung fibrosis, in addition to kidney fibrosis and cardiovascular fibrosis as potential therapeutic areas for the future. Galectin is pursuing the therapeutic application of GR-MD-02 in patients with NASH (fatty liver disease) with advanced fibrosis and cirrhosis. The FDA accepted the IND application for this drug and approved its phase I trial in January 2013; it has also been awarded a Fast Track designation. The company initiated a phase 2b NASH-CX trial in December 2017, the results of which demonstrated a “breakthrough for patients with NASH cirrhosis”. The NASH-CX trial is a randomized, double-blind, placebo-controlled trial with nearly 162 patients with NASH Cirrhosis, the final stage in the progression of non-alcoholic steatohepatitis (NASH), who received 2 mg/kg or 8 mg/kg of GR-MD-02 or placebo every other week for 52 weeks, for a total of 26 doses. The results from the study show that GR-MD-02 has met its primary clinical endpoint of reduction in HVPG (hepatic venous pressure gradient) and the secondary endpoint of reduction in the development of new esophageal varices in patients without varices at baseline.

Encouraged by these results, the company announced the initiation of a Phase 3 clinical trial program In May 2018, with its galectin-3 inhibitor GR-MD-02 in NASH cirrhosis under guidance from FDA.

Furthermore the company’s pipeline also consists of the study of its galectin inhibitors for combination immunotherapy clinical trials, with its initial focus being Melanoma, which is currently undergoing a phase 1b clinical trial and an exploratory Phase 2a clinical trial of GR-MD-02 in patients with moderate to severe plaque psoriasis

GR-MD-02 is backed by a strong intellectual property right portfolio extending through 2031 and covering its composition of matter, various methods of use, and methods of production. 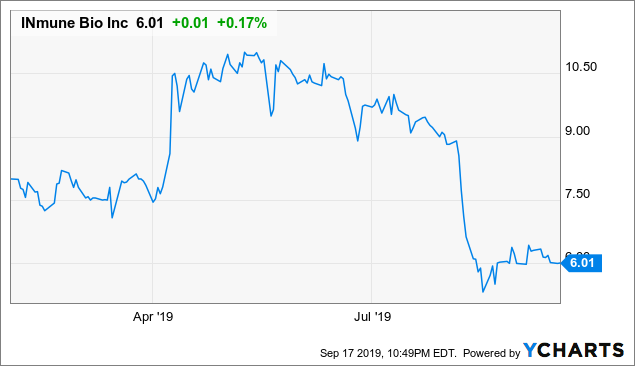 NeuLiv, the company’s third development program using its proprietary DN-TNF Platform, is being developed for the treatment of nonalcoholic steatohepatitis (NASH) by harnessing the body’s innate immune system to mount an offense on the disease. INmune bio believes that NeuLiv, a TNF inhibitor that neutralizes soluble TNF (sTNF) without affecting trans-membrane TNF (tmTNF) or TNF receptors, has the potential to treat the underlying cause of NASH thereby stopping its progression and helping the liver heal. The drug candidate can directly target soluble TNF, the cytokine which is primarily responsible for causing chronic inflammation. Unlike a more generic approach taken by other drugs, NeuLiv focuses on the peripheral, regional and local causes of chronic inflammation in patients with NASH, which helps slow down the progression of the disease and promotes hepatic repair mechanism. In addition, the company’s pipeline consists of candidates for Alzheimer’s disease (XPro1595) and Oncology. INmune is planning to initiate a phase I clinical trials in patients with mild-to-moderate Alzheimer’s disease, targeting the reduction of neuroinflammation using soluble TNF. The company candidate for oncology, INB03, has completed a phase I open label dose escalation trial in patients with advanced cancer, with plans to initiate a phase II in the Q1 of 2020. 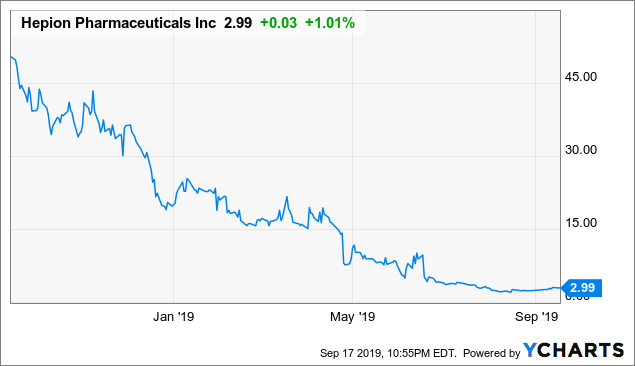 The drug candidate has shown an excellent safety profile in animal models and preclinical studies, in addition to having diverse mechanisms of action, 5-times higher accumulation in the liver and antiviral properties. The candidate has also shown to possess antiviral, anti-steatotic, anti-inflammatory, anti-fibrotic, and anti-cancer properties, besides protection from cellular stress and death, which differentiates it from other drug candidates.

The company is currently engaged in a single dose study to assess the safety, tolerability and pharmacokinetics of CRV431, as standalone and in combination with Tenofovir Disoproxil Fumarate in patients with HBV. Hepion’s other areas of therapeutic focus include Hepatocellular Carcinoma and Viral Hepatitis.