Preeclampsia is a pregnancy related complication that affects over 5% to 8% of pregnancies or about 3,00,000 women in the US alone. An estimated 10,500 babies in the U.S, succumb to preeclampsia while others suffer from extensive damage owing to premature delivery.

It is one of the primary causes of maternal mortality and illness and accounts for 20% of maternal deaths. In addition, it is also one of major causes of premature deliveries and intrauterine growth restriction (IUGR). Preeclampsia is characterized by high blood pressure (hypertension), edema, proteinuria along with symptoms such as headaches, dizziness, and blurred vision.

The current treatment options include use of antihypertensive medication, anticonvulsants and corticosteroids. In severe cases, doctor may even advice aborting the foetus where early delivery may not be viable.

Preeclampsia treatment market has large unmet needs with very few companies developing potential therapies to treat this condition. We take a look at some of the promising drugs in the pipeline. 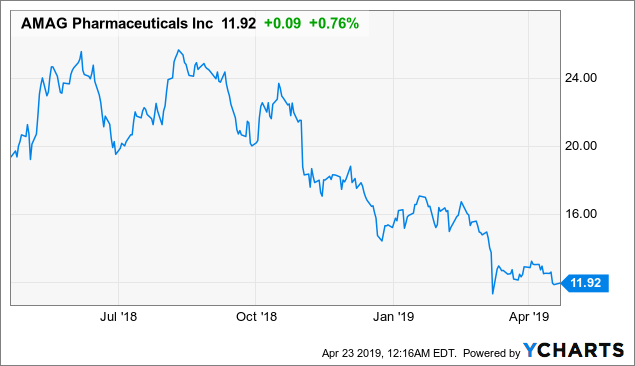 This biopharmaceutical company focuses on creating solutions to meet the unaddressed needs in the women’s health market. It manufactures an intravenous iron replacement medicine Feraheme (ferumoxytol), for adult patients with chronic kidney disease, along with a hydroxyprogesterone caproate injection named Makena for prevention of preterm birth, a Mucoadhesive Oral Wound Rinse for treatment of oral mucocitis/stomatiits. In addition, it offers cord blood registry of umblicial cord blood and tissue.

The company has acquired the right to market and further develop Digoxin Immune Fab (ovine) (DIF), a polyclonal antibody for the treatment of severe preeclampsia from Velo Bio LLC for an upfront fee of $12.5 million. The program now named AMAG-423 has completed its Phase 2b/3a study, and is awaiting topline results that are expected to be announced in H1 of 2020. Consequently, the company will file for a new drug application with the FDA in H2 of 2020. DIF had already been granted a fast track and Orphan Drug Designation by the FDA offering it 7 years of exclusivity.

Digoxin immune Fab (DIF), is a polyvalent antibody that can bind to EDLFs that have been shown by research to have a strong role in the pathogenesis of preeclampsia. DIF can remove them from circulation and improve vascular function in affected women.

As part of the agreement with Velo Bio LLC, the company will make a $35 million milestone payment upon FDA approval, in addition to sales-based payments and single digit-royalties on net sales.

AMAG has allocated $300,000 for funding research grants in premature birth and preeclampsia in 2019 through its maternal health grants program.

The company’s Targeted Apheresis Column for preeclampsia (TAC – PE), filters maternal blood into plasma and blood cells and allows the filtering of plasma through an apheresis column which can eliminate pathogenic factors such as soluble antiangiogenic protein sFlt-1, thereby preventing preeclampsia. In April 2019, the company was granted a Breakthrough Device Designation for its Targeted Apheresis Column for preeclampsia (TAC-PE) by the FDA.

Advanced Prenatal Therapeutics is developing a novel treatment for preeclampsia that aims to prolong the pregnancy as close to term as possible. This will not only help the babies develop full term but also prevent the lifelong repercussion of premature birth and Intra Uterine Growth Restriction (IUGR). APT uses a Targeted Apheresis Column that can eliminate selective factors from the mother’s blood which are harmful, leaving the other blood components intact. The mother’s blood is passed through an apheresis machine which segregates blood into plasma and blood cells. The isolated plasma is then processed through a TAC-PE device which removes the harmful factors. The blood is then remixed with the cleaned plasma and re-administered to the patient.

Out of the several biomarkers identified as probable cause of preeclampsia, APT has chosen sFlt-1 a soluble antiangiogenic protein as its initial therapeutic target. It can bind to and inhibit growth factors like VEGF, which are crucial for the efficient functioning of vital organs such as Brain, liver and kidney. Its proprietary technology is based on the work of Dr. Henry Smith and Dr. James Smith (Chairman of Board and CEO respectively), pioneers who first proposed the removal of sFlt-1 using an apheresis method. It has a robust intellectual property rights portfolio with numerous patents granted or pending covering the treatment for preeclampsia in pregnant women using targeted apheresis (Granted), apheresis to treat high blood pressure in preeclampsia and hypertension (patent pending) and targeted apheresis to remove harmful substances from blood (patent pending) to name a few. 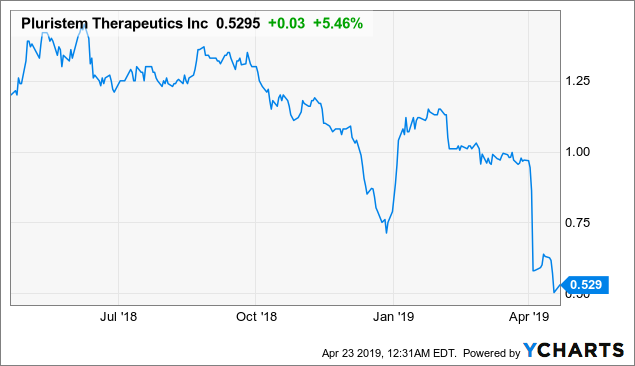 Pluristem uses cell therapy products that emulate the body’s natural regenerative mechanisms to treat conditions such as ischemia, inflammation, muscle injury and haematological disorders. It’s proprietary PLacental eXpanded PLX cells are derived from the placenta and are similar to mesenchymal-like adherent stromal cells which can be given to a patient without the need for tissue screening or genetic matching. These cells can release soluble biomolecules such as cytokines, chemokines and growth factors which can heal damaged tissue by using the body’s own regenerative mechanisms.

The company’s PLX-PAD cells received an Orphan Drug Designation from the FDA for treatment of Preeclampsia in December 2015. The company is conducting preclinical trials before filing an application for Phase I clinical trials.

Its PLX-R18 has received an Orphan Drug Designation for the treatment of Acute Radiation Syndrome (ARS), besides being tested for its efficacy in treatment of incomplete engraftment of transplanted hematopoietic cells. FDA has accepted its Investigational New Drug (IND) application for PLX-R18.

It is also developing PLX-Immune which has shown anti-proliferative effect on 45% of the tested cancer cell lines, with a strong inhibitory effect on various lines of breast, colorectal, kidney, liver, lung, muscle and skin cancers.

The company has over 115 issued patents spanning over 52 countries covering cells and pharmaceutical compositions; therapeutic uses (second medical uses); manufacturing methods; and devices involved in the expansion and harvesting of adherent stromal cells and their subsequent controlled thawing after cryopreservation.