Enlivex Therapeutics (NASDAQ: ENLV), a Company focused on developing allogenic therapies for immune system rebalancing, announced positive interim efficacy data from its ongoing Phase Ib clinical trial in patients with severe sepsis. The analysis in based on data collated from 43 patients with severe sepsis, who were hospitalized at the Hadassah Medical Center, a premier medical centre in Israel. Out of the 43 patients, 6 patients were administered off-the-shelf Allocetra.

The patients treated with “OTS Allocetra” conformed to the primary safety parameter of 28 days mortality, with none of them succumbing to sepsis, while 11 out of the 37 patients from the matched control group, who did not receive treatment with “OTS Allocetra” succumbed to the disease. The drug demonstrated improved efficacy on sequential organ failure assessment (SOFA) score, reduction in the number of days of hospitalization was needed and recovery period.

“We are pleased with the robust safety and efficacy profile demonstrated by OTS Allocetra in the interim analysis of patients with severe sepsis. Even in a small group of patients, some of the efficacy parameters are already statistically-significant. Our previous analysis showed that no serious adverse events were associated with OTS Allocetra in these patients. Together with our preclinical data, as well as human data from a Phase IIa clinical trial relating to the prevention of GvHD, we believe that OTS Allocetra is positioned as a potentially clinically viable option for treatment of sepsis, which is a clinical condition that has poor clinical outcomes and no currently effective therapy.”

The company’s proprietary immunotherapy Allocetra™ is designed to leverage the body’s natural regulation mechanisms consisting of macrophages and dendritic cells to rebalance hyperactivity in immune cells. It seeks to leverage its innovative technology to capture a major share of the $12.50B severe sepsis market. 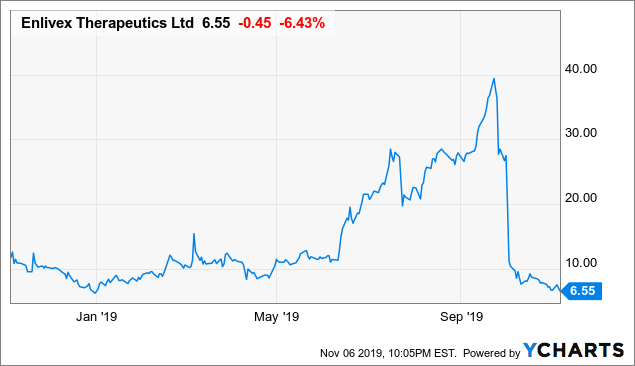 Sepsis is when the body reacts extremely to an infection and can quickly escalate into a life-threatening situation causing multiple organ failures. It affects more than 1.5 million people in the U.S and over 250,000 individuals succumb to it each year according to the Centres for Disease Control and Prevention (CDC). It not only costs $27 billion in healthcare costs but also causes 1 in 2 hospital deaths in the U.S.

Diagnosis plays a key role in the accurate detection and treatment of Sepsis, and will see a CAGR of 9.1% to reach an estimated USD 613.9 Million by 2023 from USD 396.6 Million in 2018, according to a report by marketsandmarkets.

The growth in the market will primarily be on account of increasing surgical procedures, the growth in antibiotic-resistant bacterial strains, higher incidences of hospital acquired infections (HAI), rising geriatric population and most importantly improved diagnostic tools.

Meanwhile, Sepsis and Sepsis shock market is expected to grow at a CAGR of 7.9% and will be worth $5.9 billion by 2026, up from $2.8 billion in 2016 according to a report by GlobalData. The market will see major challenges in terms of the complexity in treating multiple organs affected by Sepsis simultaneously, the prohibitive costs of treatment and insufficient insurance coverage.

Numerous companies are developing therapies that involve identification of novel biomarkers that will aid in drug development with focus on early detection, faster processing and targeting co-morbidities, Enlivex being one of them.

Enlivex develops immunomodulating cell therapies that can regulate hyperimmune responses leading to life-threatening organ failures. The company was acquired by Bioblast Pharma Ltd, in April 2019, and upon merger the combined company was renamed as Enlivex Therapeutics Ltd. Its advanced clinical-stage pipeline has a robust line up of candidates with promising Phase IIa results that are focussed on addressing the needs of a multibillion dollar underserved market in bone-marrow transplantations, sepsis and solid tumours.

The Company plans to leverage the accelerated regulatory support, in the form of FDA and EU’s Orphan drug status for GVHD, to make rapid advancements in addressing the unmet needs in the field of immunotherapy. It has a partnership agreement with Pfizer (NYSE: PEE) for ALLOCETRA™, having received a $295 million down payment and a further $275 expected upon FDA approval. The company has an impressive pipeline of products in the offing under various stages of clinical trials ranging from a treatment for the prevention of complications from Bone Marrow Transplantations such as Graft Vs. Host Disease to Sepsis related organ failure and mortality. Enlivex is planning to initiate a Phase II/III for Prevention of post-Bone Marrow Transplantations (BMT) complications in Q1, 2020, in addition to a Phase II Initiation of Treatment of post-BMT complications for steroid refractory patients in Q2 2021. The Company is also seeking a partner for its solid tumor “immune checkpoint” microenvironment modulating candidate.