Posted at 11:47h in Biotechnology by admin 0 Comments
2 Likes
Share

Axovant Gene Therapies (NASDAQ: AXGT) announced the grant of an Orphan Drug Designation for AXO-AAV-GM1, the Company’s investigational gene therapy for the treatment of GM1 gangliosidosis. AXO-AAV-GM1 is capable of restoring the β-galactosidase enzyme activity by delivering a functional copy of the dysfunctional GLB1 gene, through use of an adeno-associated viral (AAV) vector. The GLB1 enzyme is delivered intravenously so that it can transduce the central nervous system and treat any systemic manifestations of the disease such as bone deformities or cardiac abnormalities.

“We are pleased to receive orphan drug designation for our GM1 gangliosidosis program as we advance the development of this potentially transformative, one-time gene therapy. There are currently no FDA approved therapies for patients with GM1 gangliosidosis, and the orphan drug designation underscores the significant unmet medical need. We look forward to increased interaction with the FDA to facilitate the development of AXO-AAV-GM1 and address this unmet need.”

The Company is currently engaged in enrolling patients in the Part A of a Phase 1/2 clinical trial to test the safety and efficacy of AXO-AAV-GM1. Axovant intends to enrol five patients by Q1 2020 and announce the data from the clinical trial by mid-2020. The candidate has demonstrated the ability to improve β-galactosidase enzyme activity, reduce GM1 ganglioside accumulation, improve neuromuscular function, and extend survival in preclinical studies in murine and a naturally-occurring feline model of GM1 gangliosidosis as per a Company statement.

Axovant has acquired the licenses for the exclusive worldwide rights of two novel gene therapy programs related to GM1 gangliosidosis and GM2 gangliosidosis (also known as Tay-Sachs and Sandhoff diseases) from the University of Massachusetts (UMass) Medical School in 2018. 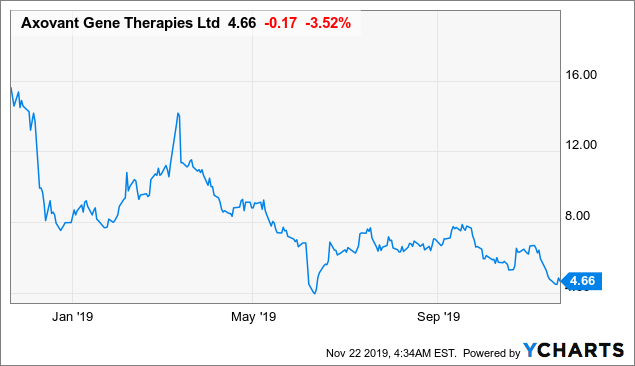 Type 1 gangliosidosis is a genetic disorder, characterised by progressive destruction of neurons in the brain and the spinal cord, and is categorised into three kinds based on the age at which the symptoms manifest themselves. Type I or the infantile form develops by 6 months of age and shows in the form of developmental delays or regression and motor weaknesses. This is followed by enlarged liver and spleen (hepatosplenomegaly), intellectual disability, gradual loss of vision, skeletal abnormalities, cardiomyopathy and seizures to name a few. The disease is fatal and individuals diagnosed with this condition do not live beyond early childhood.

The second form of the disease is Type II GM1 gangliosidosis, also known as late infantile or juvenile form, in which the disease first manifests between 18 months to 5 years. The life expectancy is comparatively better than Type 1, with patients progressing to mid-childhood and early adulthood respectively. Type III also known as the adult or chronic form is the mildest form of the disease and is accompanied by spinal abnormalities and dystonia.

The disease affects 1 in 100,000 to 200,000 newborns according to an estimate by the NIH, and is caused by the mutation in the GLB1 gene that is responsible for the formation of beta-galactosidase (β-galactosidase), an enzyme crucial for the breaking down of GM1 gangliosidosis. The absence of this enzyme leads to toxic build up of GM1 gangliosidosis affecting the functioning of neurons and subsequently the brain. The disease is acquired through an autosomal-recessive pattern and is usually diagnosed through genetic testing.

Axovant is a clinical stage biotechnology Company that is focussed on neurological and neuromuscular diseases, whose AXO-AAV-GM2 program is designed to incorporate a functional copy of the HEXB gene, by encoding the missing critical enzymes. In preclinical studies in animal models, the candidate has demonstrated dose dependant increases in enzyme activity, reduction in accumulated gangliosides and improved survival rates.