Foamix and Menlo Therapeutics have signed a definitive merger agreement to form a biopharmaceutical Company focused on dermatological conditions. The combined entity will have a robust portfolio of diversified candidates, including an approved product and three late-stage clinical candidates. 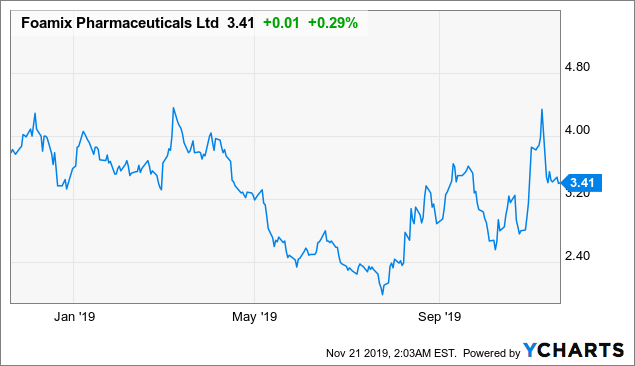 “The combination of Menlo with Foamix accelerates our progression in becoming a leading dermatology-focused company with several late-stage assets that can leverage the commercialization infrastructure we are building to support the launch of AMZEEQ™. Serlopitant for pruritus associated with PN represents a breakthrough therapy for a dermatologic condition with no currently approved treatment options. Further, Foamix’s drug development platform will continue to bring novel dermatology product candidates into the clinic, including FCD105, which recently began enrollment in its Phase II trial. The combined company will look to continue developing products that will leverage the existing infrastructure. We are excited about the momentum our company has now, and want to thank our employees and partners for their hard work and deep commitment as we enter this next phase.”

On the other hand, Menlo therapeutics lead candidate serlopitant is being developed for the treatment of  pruritus (itch), along with two phase III clinical trials to test the safety and efficacy of serlopitant in the treatment of pruritus associated with prurigo nodularis. Furthermore the candidate has been awarded a breakthrough designation by the FDA and is also being evaluated in chronic pruritus of unknown origin and pruritus associated with psoriasis.

The Combined entity aims to leverage on Foamix’s sales and marketing infrastructure to launch Menlo’s impending potential breakthrough candidate for pruritus associated with PN. The merger will also result in cost savings to the tune of approximately $50 million per year. Additionally the combined cash reserves will provide an extended runway for the combined entity until H1, 2021.

Under the terms of the agreement each share of Foamix stock will be exchanged for 0.5924 of a share of Menlo common stock and a contingent stock right as per a Company statement. The combined entity will be helmed by David Domzalski, CEO of Foamix and headquartered in New Jersey.  Steve Basta the CEO of Menlo Therapeutics will serve on the board of the combined company. The transaction is expected to be completed in late Q1 or early Q2 of 2020, subject to shareholder approvals. 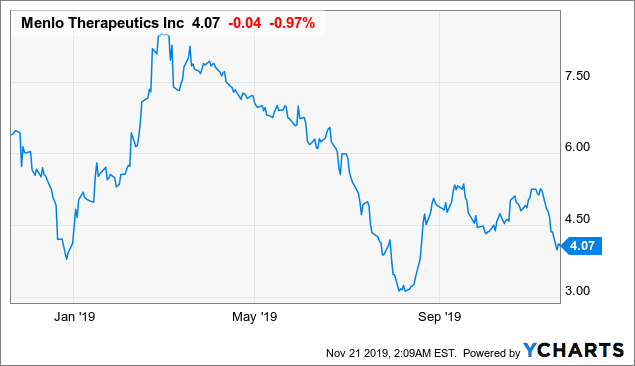 Pruritus is characterized by an uncomfortable and persistent urge to scratch caused either due to a skin disorder or an underlying systemic disease such as atopic dermatitis, mycoses, chickenpox, hepatitis, Jaundice, chronic renal failure, cholestasis or NASH. These can be chronic in nature and affect the quality of life of those suffering from it.

The current treatment plan for Pruritus involves the prescription of antihistamines, topical corticosteroids, opioid receptor antagonists, topical immunomodulators, antidepressants, neuroepinephrine re-uptake inhibitor (SNRI) and cannabinoid receptors to name a few. The use of the above treatment options come with their own set of adverse side-effects, such as shortness of breath, dry mouth, blurred vision, erythmea, wheezing, allergic reactions or a rash.

The global market for Pruritus therapeutics stood at USD 11.09 Billion in 2018 and is likely to grow at a CAGR of 6.2 percent to reach USD 17.99 Billion 2026 according to a report by reports and data. The growing incidences of skin ailments, upcoming patent expiration, increasing regulatory support, strategic mergers, partnerships and collaborations between key players are likely to drive the growth in the market.

However the adverse side-effects of the drugs and availability of photo therapy may limit the growth prospects. The discovery of small molecules, TRP Channel Antagonists, Peptide based treatments are some of the novel innovations that seek to address the unmet needs in this area.

Roascea affects over 415 million people worldwide, and more than 16 million in the U.S alone, according to research conducted by the University of Copenhagen, Denmark. It is a fairly common skin disorder, but only 18 percent of Americans afflicted with this condition are under medical treatment. This chronic condition often manifests as a flare up or reddening of the skin and progresses to formation of pustules or small blood vessels that are visible. In severe cases the disease can also affect the eye causing irritation, redness and the appearance of watery or bloodshot eyes.

Acne is one of the most common skin disorders in the U.S affecting over 50 million people annually. An estimated 85% of young adults aged between12-25 year suffer from it according to the Global Burden of Disease (GDB) study. The rise in androgen levels during puberty, growing environmental pollution, stress and unhealthy lifestyles are some of the causative factors of Acne. It causes considerable self –image and confidence issues in people leading them to seek treatment.

The first course of treatment for Rosacea and Acne is the prescription of antibiotics such as Topical clindamycin and erythromycin. In spite of being effective these are not preferred as monotherapy options owing to the risk of developing bacterial resistance. Tetracyclines such as minocycline have the lowest resistance rates and are now increasingly being used to come up with novel drugs to treat Acne. Conventional therapeutics have limitations such as side effects, misuse for purposes otherwise stated, nausea and birth defects.

There is currently no cure for these disorders, with existing treatment options only aiming at alleviating the symptoms associated with the illness. The industry is moving from small molecule based medications to peptides, combination therapies and biologics.

What does Foamix bring to the table?

Foamix Pharmaceuticals, a clinical stage biotechnology company that is focused on creating solutions for the unmet needs in dermatology by developing topical therapies, manufactures an array of foam based topical applications using its proprietary technology which offers improved tolerability, ease of use, high solubility and penetration and targeted drug delivery.

FMX103 is Minocycline foam (1.5%) for the treatment of Moderate-to-Severe Papulopustular Rosacea, which on approval, will be the first FDA-approved topical minocycline treatment for this condition. The Company has announced the acceptance of its New Drug Application by the FDA and has been given a Prescription Drug User Fee Act (PDUFA) action date of June 2, 2020.

Additionally, the company’s candidate for the treatment of inflammatory lesions of non-nodular moderate-to-severe acne vulgaris is FMX101; it is potential first-in-class Minocycline foam (4%), which has received a New Drug Application status from the FDA with a Prescription Drug User Fee Act (PDUFA) action date of October 20th, 2019 Its proprietary foam technology uses a hydrophobic composition and offers multiple advantages such as safe and stable delivery of the inherently unstable APIs, absence of primary irritants, ease of use to name a few.

The Company recently announced that it has secured nearly $64 million in financing from Perceptive Advisors and OrbiMed. According to a Company statement, besides a $15 million upfront payment, subject to fulfilment of certain conditions, up to $50 million will be made available through term loans under a credit agreement.

In addition the Company will also receive $20 million on achieving regulatory milestones and $15 million upon fulfilling certain revenue milestones. Furthermore Perceptive Advisors will offer the Company with $14 million in gross proceeds through a direct registered offering of the Company’s ordinary shares.

The Company plans to utilize these funds for primarily filing a New Drug Application (NDA) with the FDA for FMX103, its lead candidate for the treatment of papulopustular rosacea. It is also planning to launch FMX101 for the treatment of moderate to severe acne and fund its working capital and general operational requirements.

Is Menlo the right fit for Foamix?

Menlo Therapeutics is engaged in developing Serlopitant, a highly selective, once-daily, oral small molecule inhibitor of the neurokinin 1 receptor, or NK1R for the treatment of Pruritis. It directly works on two important mediators of the urge to itch namely substance P, a naturally occurring peptide in the tachykinin neuropeptide family and its receptor neurokinin-1 receptor, or NK1-R. The binding of SP to NK1-R is the key reason behind nerve-signalling including itch-scratch reflex and the vomiting reflex.

The Company recently announced the completion of enrollment of patients in a crucial phase 2 clinical trial for studying the efficacy and safety of once daily oral serlopitant for the treatment of Chronic Pruritus (itch) of Unknown Origin (CPUO). The Company’s lead candidate Serlopitant is a small molecule, highly selective NK1 receptor antagonist, which directly targets the two most critical receptors responsible for the origin of the itch-scratch reflex namely Substance P and the neurokinin-1 receptor.

The enrollment in the trail was initiated in Q1 of 2019, with patients who have a history of pruritis with no underlying cause. The trial is a multicenter, placebo-controlled, double-blind study that will evaluate the effect of serlopitant in the reduction of pruritus, as compared to a placebo over a ten-week treatment period. The results will be measured on a 4-point responder analysis on the worst-itch numeric rating scale (WI-NRS), the standard measure of itch.

This late stage biopharmaceutical company aims to focus on creating a solution for Pruritus, and sees a great commercial opportunity, as currently there are no therapies available to exclusively target this disease in the U.S. It has been granted a FDA breakthrough designation and plans to file for an Investigational New Drug Application (IND) in 2020. It holds exclusive, royalty-free rights to develop and commercialize Serlopitant in all markets. Its pipeline consists of the application of Serlopitant in the treatment of Prurigo Nodularis Itch, Psoriasis Itch and Chronic Pruritus of Unkown origin which are in various stages of clinical development.

Furthermore it holds intellectual property rights to composition of matter in the U.S including extensions and methods of use which will offer it protection until 2030.