The Muscular Dystrophy Association describes Duchenne Muscular Dystrophy (DMD) as a fatal, X-linked genetic neuromuscular disorder that leads to progressive, irreversible loss of muscle function, including the heart and lungs. It has an X-linked recessive inheritance pattern and is acquired by a “Carrier” mother. Globally, 1 in 3,500 male births is affected by this rare neuromuscular disease. There are over 250,000 people in the United States alone who are afflicted by this disorder.

The growing awareness about this disease and increasing research efforts to find a cure, along with improved insurance coverage and favorable government regulations will drive the growth in the market. According to a report by Grand View Research, the market of DMD therapeutics will grow at a CAGR of 41.3% and reach USD 4.11 billion by 2023.

However, the emergence of new mechanisms of action such as NF-κB inhibition, Gene therapy, and Exosome technology can redefine the therapeutic industry. We take a look at some companies which are at the forefront of innovation in the DMD treatment industry. 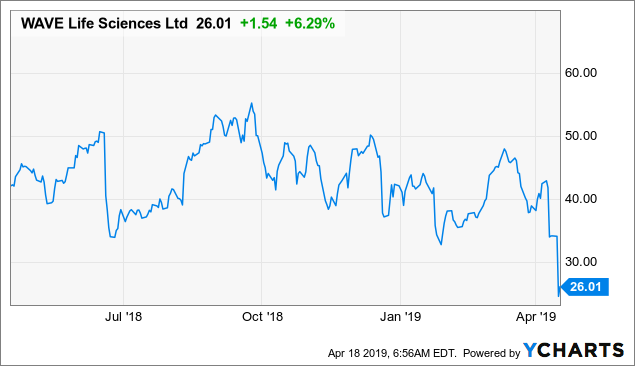 The company is taking the oligonucleotide approach to creating nucleic acid based therapeutics for the treatment of rare genetic diseases such as Huntington’s disease, Duchenne muscular dystrophy, amyotrophic lateral sclerosis and frontotemporal dementia. Its proprietary platform can chemically modify short-length RNA or DNA strands to alter the production of disease-causing proteins and inhibit degradation of oligonucleotides by changing their natural phosphate backbone to phosphorothioates, this is done by replacing a non-bridging oxygen atom with a sulphur atom. Its chemistry platform allows for the design, manufacturing and optimization of stereopure oligonucleotides.

It also enables the company to create medicines with improved safety profiles, stability and far greater pharmacological properties which have a wide applicability across platforms such as Antisense, Exon Skipping, Splice Correction, RNAi and MicroRNA. The company has a scalable in-house cGMP manufacturing unit in Lexington, Massachusetts, which helps it regulate the development and supply of its products.

Wave has global 50:50 co-development and co-commercialization profit share collaboration with Takeda Pharmaceuticals (NYSE: TAK) for developing therapies for the treatment of central nervous system (CNS) disorders. It has partnered with Pfizer (NYSE: PEE) for developing therapeutics for debilitating metabolic diseases by combining its stereopure platform, across antisense and RNAi modalities, with GalNAc and Pfizer’s hepatic targeting technology. In addition, it has a tie-up with ReadCoor for developing stereochemistry in optimizing silencing and splicing therapies in the brain.

The company recently announced a public offering of 3,950,000 of its ordinary shares at a price of $38.00 per ordinary share for total gross proceeds of an estimated $150 million. 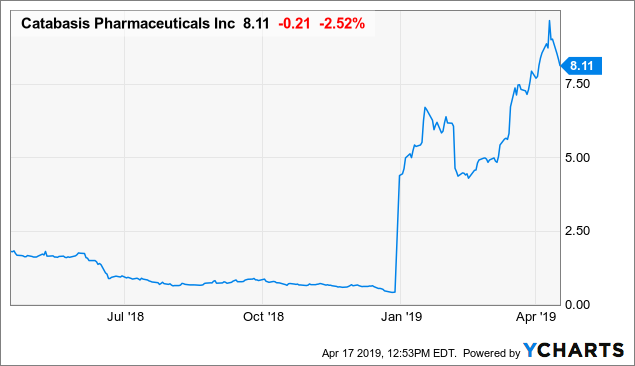 The companies lead candidate for the treatment of Duchenne muscular dystrophy (DMD) is Edasalonexent that can inhibit NF-κ, and has shown to preserve muscle function, improve skeletal health and slowdown the disease progression in DMD. It is currently conducting Phase 3 clinical trials and has received an Orphan drug designation, a fast track designation and rare pediatric disease designation from the FDA, in addition, to receiving the Orphan Medicinal Product designation by the EMA.

It’s SMART (Safely Metabolized and Rationally Targeted) Linker drug discovery platform enables it to re-engineer molecules in the disease pathways and thus increase the efficiency of bioactives by allowing them to combine two separate bioactives whose pharmacological activity is already known. In the pipeline is CAT-5571, an oral small molecule, for the treatment of cystic fibrosis (CF). 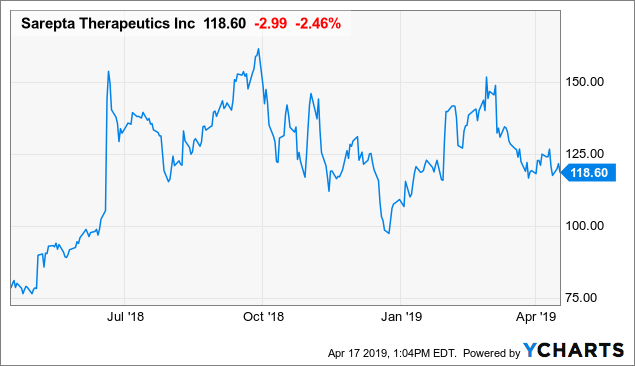 The company focuses on precision genetic medicine using Phosphorodiamidate morpholino oligomers (PMO) spanning several therapeutic modalities such as RNA, gene therapy and gene editing to address the unmet needs of patients suffering from rare genetic-based diseases of the CNS such as Duchenne muscular dystrophy (DMD), 5 Limb-girdle muscular dystrophy diseases (LGMD), Charcot-Marie-Tooth (CMT), MPS IIIA, Pompe to name a few from more than 20 therapies that are currently in the development stage. Its lead candidate for DMD is EXONDYS 51®, an eteplirsen injection that relies on exon 51 skipping in the dystrophin pre-mRNA, which leads to synthesis of dystrophin protein. In addition, its pipeline consists of candidates for exon 53 skipping (SRP-4053) and exon 45 skipping (SRP-4045) along with those for 44, 52, 50, 43, 55, 8 and 35. Sarepta has also filed a new drug application for Golodirsen (SRP-4053) for Patients with Duchenne Muscular Dystrophy amenable to Skipping Exon 53 with the FDA and has been set a  PDUFA date of August 19th , 2019.

Its proprietary Phosphorodiamidate morpholino oligomers (PMO) based chemistry platform can alter the RNA transcription process and modify protein structure. They also have the advantage of specificity, stability and versatility. The company has developed next generation chemistries such as PMOplus®, PPMO and PMO-X® that are highly adaptable and offer enhanced tissue targeting, intracellular delivery, target selectivity and drug potency. The company recently issued a public offering of 2,604,167 shares of its common stock at a price to of $144.00 per share for total gross proceeds of $375.0 million which resulted in the company closing its year with approximately $1.174 billion in cash, cash equivalents and investments as against $1.1 billion as of December 31, 2017. 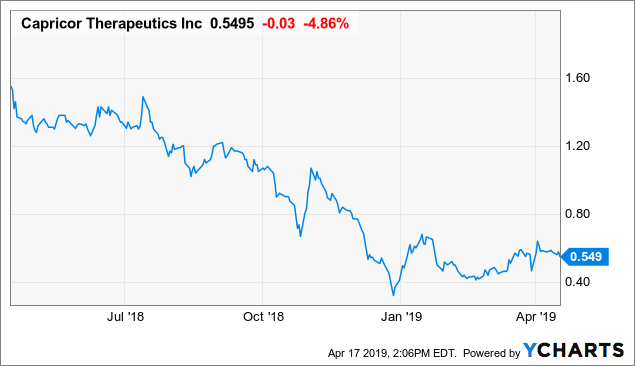 Capricor aims to develop first-in class cellular and exosome therapeutics for improving the quality of life of people suffering from rare genetic disorders such as Duchenne Muscular Dystrophy. Its lead drug candidate for the treatment of DMD is CAP-1002, an “off-the-shelf” cardiac cell therapy that consists of allogeneic cardiosphere-derived cells (CDC’s) that have progenitor cells that exhibit immunomodulatory activity and have the potential to stimulate cellular regeneration. It intends to focus on developing exosome technology as the platform for the future to treat a variety of inflammatory disorders. The company’s lead product candidate CAP-1002 has been granted an orphan drug designation and a Regenerative Medicine Advanced Therapy Designation (RMAT) by the FDA for the treatment of DMD. The company is currently engaged in enrolling candidates for its HOPE-2 trial to test the potential ability of CAP-1002 to benefit skeletal muscle function in boys and young men with DMD. In addition, it is evaluating the efficacy of CAP-1002 for treatment of cardiomyopathy through its DYNAMIC clinical trials. The company has entered into collaboration with the U.S. Army Institute of Surgical Research (USAISR) to study the use of CAP-2003 to address trauma-related injuries and conditions. 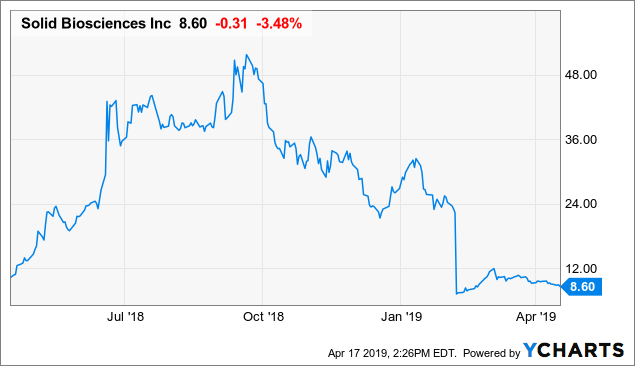 Solid Biosciences is committed to offering a comprehensive 360 –degree solution for Duchenne muscular dystrophy that combines an understanding of biomarkers that can accelerate drug discovery and development, disease management by use of corrective therapies and providing care in the form of assistive devices that can help patients track their daily activities. The company is developing SGT-001, a synthetic version of microdystrophin gene transfer which can mimic the functionality of dystrophin. It overcomes the size limitations of conventional therapeutic options by using microdystrophin AAV-mediated gene transfer that can arrest the disease progression irrespective of gene mutation. In addition, it is developing ANTI-LTBP4 that can inhibit TGF-β, and reduce fibrosis by using a latent TGF-β binding protein 4 (anti-LTBP4). It is also developing a solid suit, a soft wearable device modeled on military technologies that can be customized, helps in mobility and preserves muscle function while offsetting muscle fatigue and improving muscle strength. It is currently conducting phase II/III clinical trials named IGNITE-DMD to test the safety and efficacy of SGT-001.

Solid has a state-of-the art scalable manufacturing facility built with the help of leading contract manufacturing organizations that will ensure uninterrupted supply.

The company has a strong network of collaborations with leading research institutions such as University of Massachusetts Medical School, University of Florida, Texas A&M, University of Washington to name a few.