Grassroots is one of the leading multi-state cannabis operators and has interests in multiple states such as Illinois, Pennsylvania, Maryland, Ohio, North Dakota, Nevada, Michigan, Oklahoma, Vermont, Connecticut and Arkansas. The deal follows close on the heel of IIP’s and Grassroots deal for licensed cannabis cultivation and processing facilities in Illinois in October 2019, making it IIP’s second and third acquisitions and leases with Grassroots.

IIP has entered into a long-term, triple-net lease agreement for each property in consideration for approximately $24.1 million (excluding transaction costs). Grassoots will use the facilities for the cultivation and processing of Cannabis, in addition to making additional tenant improvements such as 35,000 square foot redevelopment at the Pennsylvania property, for which IIP will provide aggregate reimbursement of up to approximately $13.2 million, making its total investment in the two properties an estimated $37.3 million. 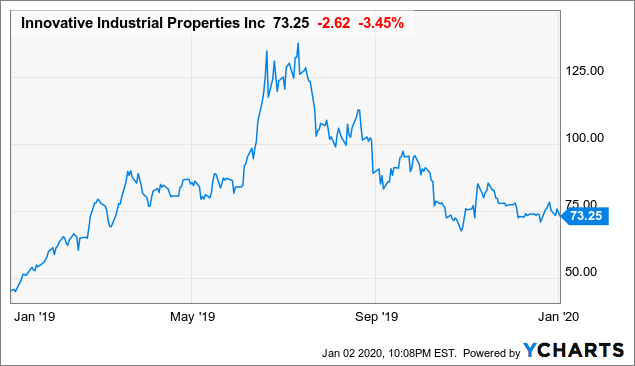 “We are thrilled to partner again with Grassroots as their real estate capital partner in Pennsylvania and North Dakota, on the heels of our transaction with Grassroots’ Illinois facility in October. Grassroots is an operator with a proven track record of bringing the highest quality products to market, resulting in tremendous brand recognition and patient and consumer loyalty. We are proud to team with them once again on these two facilities, providing an efficient capital solution for them to focus on expanding their presence in both states.”

The U.S, where the use of cannabis has only been legalized in 33 states for medical use and 11 states for recreational use, is one of the largest untapped markets for Marijuana, with an estimated value of over USD 11.9 billion in 2018, which is likely to grow at a CAGR of 24.1% from 2019 to 2025. There have been series of mergers and acquisitions in the Cannabis space, which have seen consolidation of major players such as Aurora Cannabis (NYSE: ACB), Canopy Growth, Curaleaf etc, in the anticipation of legalization of marijuana in the U.S by the end of 2019.

Innovative Industrial Properties Inc (IIP) is one of the leading providers of real estate for regulated cannabis industry in the U.S. The Company has the distinction of being the first publicly traded cannabis real estate company on the New York Stock Exchange. The Focus of the Company is on partnering with well-capitalized, experienced medical-use cannabis operators in states with a favorable medical-use regulatory environment. The strategy of IIP revolves around acquiring and leasing back real estate locations from licensed medical-use cannabis growers, thereby acting as a source of capital. IIP acquires industrial and retail properties from well-capitalized state-licensed medical-use cannabis operators and then leases it back to them under long-term absolute net lease agreements. The Company works with licensed operators across product categories such as cultivation, processing, distribution and retail. They not only provide a source of capital to state-licensed operator but also enable them to focus on their core operations and enjoy a higher return on their investment.

The Company has a nationwide presence and a portfolio consisting of specialized industrial and greenhouse buildings and 100 percent leased to state-licensed medical-use cannabis growers that have robust medical-use regulatory environments. The Company’s grower network has companies such as The Pharm ( Arizona), California Portfolio (California), The Green Solution (Colorado), Trulieve (Florida), Pharmacann (Massachusetts) and Green Leaf (Pennsylvania) to name a few.