Posted at 13:48h in Technologies by admin 0 Comments
0 Likes
Share

Inspired Entertainment (NASDAQ: INSE), a supplier of business-to-business virtual sports and server based gaming worldwide, announced the signing of an agreement with VEEPIO, the mobile technology arm of the NFL Alumni. The deal will enable Inspired to use the name, brand, image, persona and likenesses of the NFLA members in their virtual football games, to be used commercially worldwide. The company will gain exclusive worldwide rights to utilize the brand and image of the NFLA members, as per a company statement.

The company which is a pioneer in the field of virtual sports intends to use its award-winning visual effects and motion capture technology to offer a differentiated experience to its customer, by bringing to life NFLA greats in its Virtual Products, specifically “’Legends of Football’. Inspired is currently the only company which provides Virtual Football, and has been making great strides since its inception in 2018.

“We are pleased to announce our partnership with the NFLA and VEEPIO. We have had great success since the introduction of our Virtual Football games but we expect this partnership to take it to the next level. VEEPIO allows us to produce the first-ever suite of entertainment products featuring the brands and images of the ‘Legends of Football’.  Fans will love cheering on their favorite superstar players of all time, creating a more passionate and competitive experience.”

The “Legends of Football” virtual game will use NFL Hall of Fame players such as Franco Harris and Phil Villipiano. The fans will get an opportunity to see their favorite players in action, albeit virtually, which will add to the whole experience of the game and help people connect to the game better. The NFL is seeking to improve the brand value, embrace technology, and ensure financial stability for the members of the NFL Alumni as part of its ‘Caring for Our Own’ mission. The proceeds from the game will be utilized for the benefit of the NFL Alumni in areas such as Healthcare. 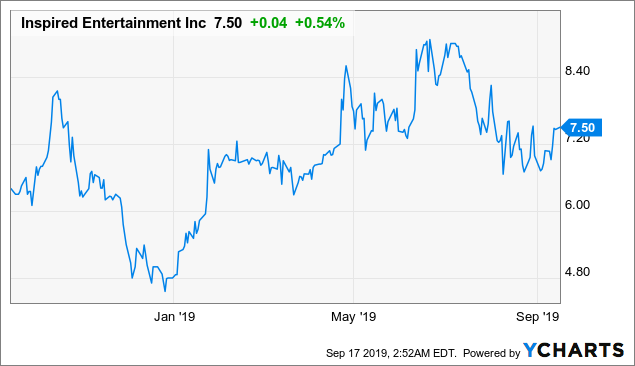 The gaming industry is very lucrative and attracts a lot of players, both big and small. It involves evolving technology such as Augmented Reality and Virtual Reality to offer cutting-edge games, however developing and monetizing games comes with its own set of challenges and constraints. Growing competition, rising costs and rapidly changing customer preferences make careful planning and mitigation of risks imperative.

User retention is the underlying goal of any game development company. Creating engaging content along with a user-friendly interface, providing constant upgrades in the form of  features, characters or design elements are likely to retain the user for longer, but also involve a lot of strategy and planning. Another key element is the optimal use of advertising and marketing promotions to attract new users and build a large user base.

Inspired, adjudged the Virtual Sports Supplier of the year at the EGR B2B Awards, its fourth year in a row, operates more than 35,000 digital gaming terminals and supplies its Virtual Sports products through more than 40,000 retail channels and over 100 websites, in approximately 35 gaming jurisdictions worldwide according to a company statement.

The company offers virtual solutions in three areas namely, virtual sports, server based gaming and Interactive. The company is the creator and world leader in virtual sports, and develops virtual products for sectors such as lottery, gaming and sports betting. The company is also the industry’s largest VLT multi-game provider with over 34,000 machines in the market. Their products offer an amalgamation of novel technology, hardware, content and services.

Inspired’s Virgo Remote Gaming Server™ (RGS™), helps integrate online and mobile platforms thereby providing customers with engaging HTML5 games and technology for regulated markets. Its games comply with all major regulations and are accessible on multiple mediums such as desktops, mobile phones, and tablet devices. In addition, Virgo is integrated with Inspired’s Server Based Gaming Core™ platform, offering options such as multiple languages and acceptance of standard currencies. It is amenable to direct integration and can also be integrated through market leading aggregation platforms.

Furthermore the company offers over 50 high-performing HTML5 games, through more than 100 websites, and encompasses high quality graphics to provide an amazing experience for customers. The company’s games include branded content, omnichannel slots, casino titles, leading table and number games, scratch cards, and a suite of unique Virtuals On Demand games.

In June 2019, the company entered into a definitive agreement with Novomatic UK, an international supplier of gaming equipment and solutions, to acquire its gaming technology group, in exchange of EUR equivalent of US$120.0 million in cash. When the acquisition is completed in Q3 2019, Inspire would manage over 75,000 gaming machines in the UK and Europe, combining its B2/B3 gaming terminals in the UK with that of NTG’s Category B3, C and D gaming terminals to pubs, arcades, motorway service areas and holiday resorts. In addition, the company also expects to save around $12.3 million to $13.3 through shared costs and economies of scale, through use of shared manufacturing, engineering, software development, and maintenance and customer service.

The company has also signed a worldwide exclusive contract with two leading online gaming operators, bet365 and BetStars. BetStar went live with Inspired’s virtuals in March 2019, with the launch of two channels of V-Play Soccer 2, an ultra-realistic experience that uses advanced motion-capture techniques. In June 2019, they launched three new channels of Inspired’s Virtual Sports content: two V-Play Horse Racing and one V-Play Greyhound Racing, both available via the BetStars.com website and app as per a company statement.

The company has already established itself as a pioneer in the virtual sports arena; deals such as the one with NFL, only serve to validate its commitment to innovation and creating a differentiated experience for its customers.