Kannalife Inc (OTCQB: KLFE), a biopharmaceutical Company developing CBD-based therapeutics for the treatment of neurodegenerative and neuropathic pain disorders, announced the grant of a patent Chinese Patent CN106456573B specific to “Novel Functionalized 1,3-Benzene Diols and their Method of Use for the Treatment of Hepatic Encephalopathy”, strengthening its portfolio of CBD-like molecules.

Kannalife has also been awarded two patents in the U.S, one in Japan and one in Russia with more patents pending approval in the European Union, China, Australia, Brazil, India and Canada.

KLS-13019, its lead candidate has demonstrated that it is capable of offering protection against paclitaxel-induced oxidative stress, can attenuate mechanical sensitivity and protect from both mitochondrial dysfunction and microglial activation in treatment of Chemotherapy-induced peripheral neuropathy (CIPN).

“We’re proud of Kannalife’s team for the amount of significant progress they’ve made with KLS-13019 over the past few years. As the FDA and other national regulatory bodies call for more cannabis and cannabinoid-related research studies in 2020, this new patent furthers Kannalife as a global research leader in the emerging field of cannabinoid therapeutics. We believe that life sciences funds should take notice here as Kannalife is a leading med-chem company in this space.” 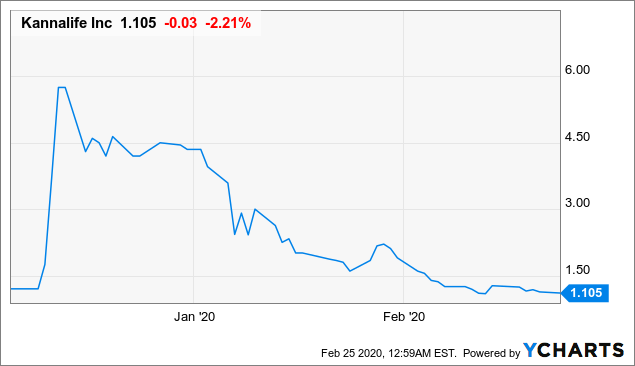 The Cannabis plant has an estimated 113 different compounds, out of which THC and CBD are the two main constituents. These affect the receptors in the brain to alter an individual’s physical and mental state. THC is mainly responsible for the psychoactive effects or the feeling of “high” caused by the use of cannabis. CBD on the other hand, has several powerful anti-inflammatory, analgesic, neuroprotective and anti-anxiety properties, which explains its growing popularity to treat a plethora of medical conditions. Unlike THC, CBD does not have any psychotropic effects and hence is widely preferred.

CBD is now being used to treat a wide array of medical conditions such as cancer, cardiovascular anomalies, arthritis, anxiety, depression and Insomnia. In addition, it has also been proven to possess neuroprotective benefits that can treat diseases such as seizures, Multiple Sclerosis (MS), Alzheimer’s, Parkinson’s and Schizophrenia to name a few. There is a growing preference for CBD over traditional pharmaceutical options as these have minimal side effects and are non-addictive.

The Global legal marijuana market is likely to reach over USD 66.3 billion by the end of 2025, as per a report by Grand View Research, Inc, growing at a CAGR of 23.9%. There is a growing acceptance of the curative effects of cannabis, with some countries such as Canada and certain states of U.S legalizing the use of Marijuana for medical and recreational use. Research has time and again shown that cannabinoids (CBD), extracted from the cannabis plant, have varied medical uses with minimal side effects, making it a sought-after alternative to traditional pharmaceutical options.

According to statistics published in the Hemp Business Journal, the industry registered sales of $820 million in 2017. In spite of facing regulatory hurdles and legal challenges, the industry grew by 16%.The industry is poised to grow to $2.1 billion by 2020, a whopping 700% increase from 2016. Those numbers are not only appealing to the players in the CBD market but also serve as an incredible opportunity the pharmaceutical companies to create novel solutions for disease with large unmet medical needs.

Kannalife is a portfolio investment Company of Medical Marijuana Inc, which has the distinction of being the first publicly traded cannabis company in the U.S, and was instrumental in setting up medical marijuana dispensaries through their licensing model. The Company’s Dixie Botanicals product line, a part of its Dixie Elixirs brand, is the first medical marijuana brand to make a national and international market for CBD hemp oil products. It markets its products through a network of dispensaries in medical marijuana states and nationwide online retailers in all 50 states and in over 40 countries worldwide.

Kannalife Sciences is a Phyto-medical company specializing in cannabinoid-based medication, and the recipient of the first two licenses to develop and commercialize under a cannabinoid patent. It is also the first Company to develop a rigorous triple lab testing regimen for cannabis testing.

The Company’s portfolio of CBD Derived new chemical entities (NCEs) include KLS-13019 and KLS-13023. The lead target drug candidate will be evaluated for the treatment of Parkinson’s disease, Alzheimer’s, Huntington’s disease, stroke, epilepsy, Post Cardiac Arrest Hypoxic Ischemic Encephalopathy, and Epileptic Encephalopathy as per the Company. It has received a grant from the National Institute on Drug Abuse (NIDA) for studying the efficacy of KLS-13019 for the treatment of Chemotherapy induced peripheral neuropathy and drug dependence. The drug has potential to be used as an alternative for opioid pain management.

Preclinical research in animal models has shown that KLS-13019, plays an important in the regulation of mNCX-1, a vital pharmacological target in the reversal of CIPN. In addition, the Company is developing a novel patent pending CBD-like molecule, namely Atopidine™, which has demonstrated, anti-inflammatory and antioxidant potential in addressing consumer skin and personal care needs.