Medpharm to be Acquired by Medicine Man Technologies 10 Dec Medpharm to be Acquired by Medicine Man Technologies

MedPharm Holdings, an acquisition target of Medicine Man Technologies (OTCQX: MDCL), is all set to launch a landmark, double-blind, placebo controlled clinical trial which will evaluate the effect of cannabis on patients with Dementia and Alzheimer’s. The study will be initiated in the H1, 2020 and will use a scientifically formulated compound containing cannabinoids and nootropic nutrients, which will be tested through patient surveys, memory tests, caregiver surveys, brain scans, and blood tests.

“This study is the first of its kind and demonstrates that research teams like ours continue to investigate more and more details about the amazing properties of the cannabis plant and the actions of its various compounds working with the human endocannabinoid system. We intend to discover applications that successfully treat symptoms of complicated and incurable human diseases that have confounded traditional medical science.”

Under the Colorado research license, MedPharm can prepare both placebo and active medication as per a statement. The Company is being aided in its undertaking by a team consisting of a world-renowned neurologist, a functional brain imaging and analytics company named CereScan®, and a blood testing company that will monitor the levels of neuroinflammatory biomarkers. The team will study the effect of the formulation in over 120 regions of the brain against a large database of brain scans.

The Company’s approach is based on existing and emerging research, which highlights the effect of amyloid buildup in the brain and the ability of cannabis to eliminate these deposits.

Additional research also supports the role of THC in enhancing mitochondria function and having a profound effect on multiple functions and pathways. 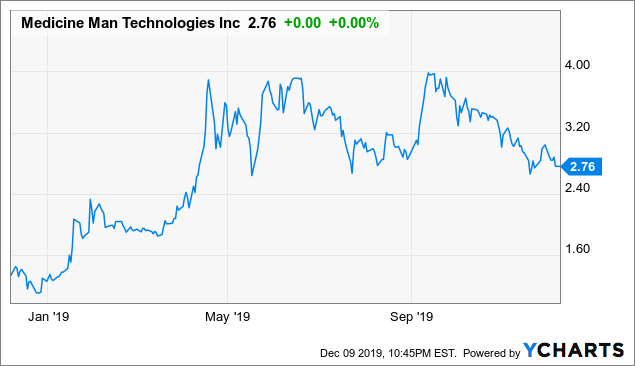 Alzheimer’s is the sixth leading cause of death in the U.S, a disease that causes irreversible degeneration of the brain cells, and affects a person’s cognitive and behavioural abilities such as impaired judgment, deteriorating memory and personality changes with the gradual loss of motor abilities and speech. A report by transparency market research predicts that the global market for Alzheimer’s will reach US$6.4 billion by 2025, growing at a CAGR of 7.5%, from US$3.6 billion in 2017. The rise in ageing population, increased awareness about the benefits of combined therapy, a favourable regulatory and government support environment are some of the factors that will contribute to the growth of the market. The economic burden of the disease on not only the patients but also caregivers will act as an impediment for the market. The prohibitive cost of expensive treatment especially in developing nations is another obstacle for growth.

CBD on the other hand, has several powerful anti-inflammatory, analgesic, neuroprotective and anti-anxiety properties, which explains its growing popularity to treat a plethora of medical conditions. Unlike THC, CBD does not have any psychotropic effects and hence is widely preferred. It is increasingly being used to treat conditions such as cancer,cardiovascula r anomalies, arthritis, anxiety, depression and Insomnia. In addition it has also been proven to possess neuroprotective benefits that can treat diseases such as seizures, Multiple Sclerosis (MS), Alzheimer’s, Parkinson’s and Schizophrenia to name a few.

MedPharm offers a broad range of consulting services, assisting companies from start to finish, in setting up their operations in any state where marijuana is legalized. In case a company only requires help in specific areas of the process, then MedPharm offers customized “pick and choose” services, to cater to their specific needs. The Company’s consultancy team consists of industry experts, chemists, pharmacists, formulation experts, lawyers, and people with political acumen and experience.

In September 2019, the Company received a notification from the Drug Enforcement Administration (DEA) that it is one of the first applicants to be selected to receive a license to grow federally legal cannabis, according to the new policy statement. The intention is to use this facility to grow legal cannabis for medical cannabis research, through its 15,000-square-foot manufacturing, research and development laboratory and cannabis processing facility in Denver, Colorado.

MedPharm has been granted a Cannabis Research License by the state of Colorado, using which it can offer cannabis study medication, including placebos for Randomized-Controlled Trials (RCTs). The Company has signed a binding term sheet through which it will be acquired by Medicine Man Technologies.

– MedPharm is trying to build a world-class phytopharmaceutical Company that develops cannabis products using accepted pharmaceutical formulation techniques for creating replicable and identifiable dosage forms. This strategy is particularly relevant as there is a growing acceptance of cannabis in the field of medicine, paving way for many Companies that would undertake research and development of cannabis-based pharmaceutical products.

-The Company is Colorado’s first licensed cannabis research facility which allows it to position itself as a manufacturer of safe reliable, proven products ready for Phase I formulations, by building a laboratory model using its intellectual property or proprietary formulations, which produce pharmaceutical-type cannabis.

– Alzheimer’s is one area, where innumerable attempts that have been made to find a cure with no success. According to a report released by Pharmaceutical Research and Manufacturers of America (PhRMA) from 1998 to 2017 there have been about 146 failed attempts at developing drugs for Alzheimer’s disease. Previously Companies such as Astra Zeneca, Roche, Merck & Co, Eli Lilly and more recently Neurotrope have all failed in their attempts to develop a drug for the treatment of this disorder.

-The Company, like many other, had to face the heat owing to vaping deaths and increasing concerns about their long-term impact on lungs. As the industry is still in its nascent-stage, there will be many such concerns and issues raised about products, which the Company will have to withstand to be successful in the long-run. The Company has time and again reiterated its commitment to using high quality cannabis distillate and natural terpenes in all its vape products.

-The Cannabis Industry is governed by stringent regulations and is fraught with uncertainty, the Company will have to be prepared to adapt to any changes in policies or regulatory framework and capitalize on new opportunities that may arise in the future such as heavy taxation or clamp-down on operations.