Gonorrhoea, caused by a bacterial pathogen N. gonorrhoea, is the second most commonly reported sexually transmitted disease in the U.S alone. The data made available by Centres for Disease Control and Prevention (CDC) shows that in 2017, a total of 555,608 cases of gonorrhoea were reported in the United States. More recent estimates place this number around 820,000 new diagnoses a year, out of which 30% are resistant to antibiotics. Besides causing considerable health complications such as ectopic pregnancy, infertility, pelvic inflammatory diseases and increasing the risk of HIV, it can also lead to stress, social stigma and depression.

At present, the treatment plan for Gonorrhoea is limited to a dual therapy with ceftriaxone (an injectable cephalosporin) and azithromycin, with cases being reported of the emerging threat of cephalosporin resistance it becomes imperative to develop alternative therapies. This has promoted the CDC to declare N. gonorrhoea as a public health threat requiring urgent action.

The current treatment options are severely inadequate, for example when Ceftriaxone is administered by intramuscular injection, it is extremely painful and requires constant monitoring by a qualified healthcare professional. The World Health Organization has included cephalosporin- and fluoroquinolone-resistant Neisseria gonorrhoeae among the six high priority pathogens on their Priority Pathogens List.

CARB-X(Combating Antibiotic Resistant Bacteria) is an initiative funded by the U.S government owned BARDA and Wellcome Trust, supported in-kind by NIAID, which has pledged to spend up to $455 million from 2017-2021 to accelerate the development of novel therapeutics through Phase 1 clinical trials with special focus on high priority drug-resistant bacteria, especially Gram-negatives.

We take a look at a few companies that are using innovative technology to address the unmet need in this area. 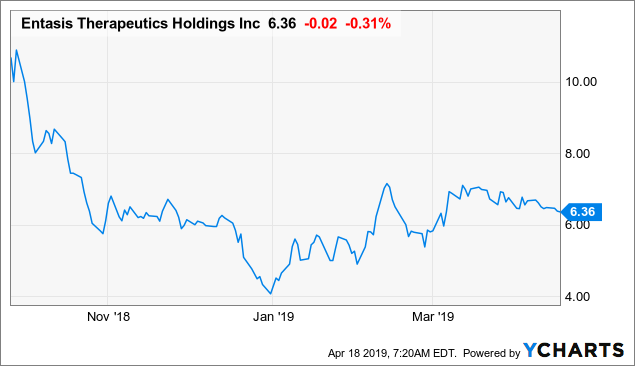 Entasis was formed with initial funding from AstraZeneca (NYSE: AZN) with rights to AstraZeneca’s early development small-molecule anti-infective portfolio. The company has come a long way since then, raising over $81.9 million gross proceeds in equity financing from global healthcare investment firms. The company is engaged in developing first-in-class small-molecule programs to treat serious multidrug-resistant Gram-negative infections such as a single dose oral therapy for susceptible and drug-resistant Neisseria gonorrhoeae, Acinetobacter baumannii, Pseudomonas aeruginosa and Enterobacteriaceae.

Entasis’ main focus is on creating novel antibacterials’ to treat serious drug-resistant bacterial infections using its proprietary drug discovery platform that is an amalgamation of genetics tools, molecular dynamics simulations and modelling. Its primary focus is on antibiotic-resistant pathogens such as carbapenem-resistant Acinetobacter baumannii. The strong knowledge of structural biology coupled with an in-depth understanding of genetics and genomics of gram-negative bacteria on one hand and an ability to leverage lab-based automation, in vitro hollow-fiber technologies and mass spectrometry on the other, allow it to zero-in on novel preclinical and clinical drug candidates and provide an estimation of appropriate clinical dose settings. The company’s lead candidate for the treatment of gonorrhoea is Zoliflodacin (ETX0914), a topoisomerase II inhibitor with distinct mode of action on the DNA gyrase/topoisomerase IV complex and a first-in-class oral antibiotic for the treatment of uncomplicated gonorrhoea. The FDA granted Zoliflodacin (ETX0914) a Qualified Infectious Disease Product (QIDP) status along with a fast track designation. Entasis completed a Phase II study of oral zoliflodacin in December 2015.

The company entered into a partnership with Drugs for Neglected Diseases initiate (DNDi) to co-develop the lead candidate through Phase III. As part of the agreement DNDi receives the commercial rights in low and some middle-income countries, while Entasis retains all commercial rights to zoliflodacin in major markets. In addition, its pipeline consists of etx2514sul, a broad-spectrum and potent inhibitor of Class A,C, and D β-lactamases for the treatment of multidrug resistant Acinetobacter infections, which it is developing in partnership with ZaiLab along with etx0282codp, for the treatment of complicated UTI’s (Enterobacteriaceae including ESBL-producing and CRE) and nbp program for treating gram-negative infections (initially multidrug resistant pseudomonas) which the company is developing under a grant from CARB-X for $10.1 Million for Development of Non-Beta-lactam PBP Inhibitor Program.

The company received $75 million through an IPO in September 2018 which will be used for funding two Phase III clinical trials in 2019 for zoliflodacin against N. Gonorrhoea and ETX2514SUL against Acinetobacter.

This Swiss based company develops small molecule, antibodies and peptide based solutions for oncology and infectious diseases. It is a global leader in polylactic-co-glycolic acid (PLGA)-based injectable, sustained-release technology and is also focussed on nanoparticular drug delivery systems.

Its lead candidate for the treatment of Gonorrhoea is Debio 1453, a FabI inhibitor that it is developing in collaboration with Nobelex. It is a narrow- spectrum antibiotic that offers a targeted action at pathogens of interest while sparing the microbiome and other bacterial strains.

The company received a $2.6 million grant from CARB-X for developing a novel therapeutic to fight drug-resistant gonorrhoea using its Fabiotics platform. Debio 1453 prevents bacterial fatty acid biosynthesis, an important pathway in pathogens including Neisseria gonorrhoea, by targeting the FabI enzyme in N. gonorrhoea. It aims to optimize the prototype molecules by enhancing parameters such as anti-bacterial activity, absorption, distribution, metabolism, efficacy and toxicity.

It has an extensive pipeline focussed on oncology and infectious diseases such as Debio1143, an SMAC mimetic for the treatment of head and neck cancer, naratuximab emtansine (Debio 1562), an Anti-CD37 ADC for Diffuse large B-cell lymphoma, afabicin (Debio 1450),a Fabl Inhibitor for Bone & joint infections to name a few.

The company also manufactures diagnostic devices for the detection of infectious diseases and microbial testing under the brand name GenePOC. 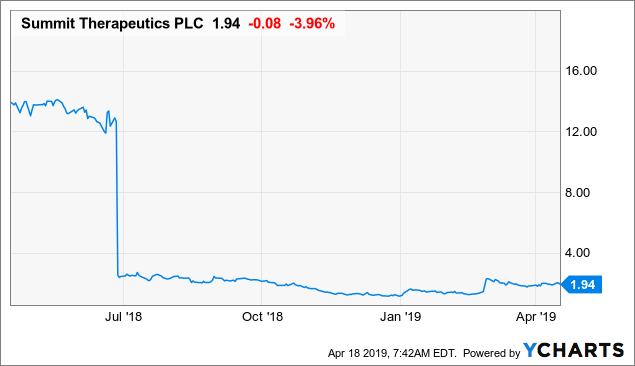 The company’s proprietary Discuva Platform helps Summit identify novel targets, explicate mechanisms of action and create a targeted response against bacterial resistance. It has an extensive library of mutant bacteria that enables it to control bacterial gene expression. Combined with some advanced sequencing, it can design antibiotics that target the genes responsible for the bacteria’s survival.

Using the Discuva Platform’s ability of genetic control of the mutant bacteria and its analysis of a compound’s mechanism of action, the company has discovered two novel mechanism targets for treating Neisseria gonorrhoea, (ESKAPE programme) and undisclosed targets under a collaboration with Roche.

Its lead candidate for the treatment of gonorrhoea is SMT-571, which has demonstrated in vivo preclinical activity and oral bioavailability. The company is in preparation for initiating Phase 1 clinical trials in the second half of 2019. The program has received a $4.5 million grant from CARB-X for antibiotic research and development. It aims to be adopted onto the WHO guidelines by demonstrating that its antibiotics are novel, oral, narrow, spectrum and target the three major areas of the infection namely throat, genitals and rectum. In addition it also received a £1.6 million grant from Innovate UK for its research efforts in developing antibiotics for gonorrhoea in 2012. Summit is forging a strong network of collaborations as part of its growth strategy. In 2017, it was awarded a contract worth $62 million by the Biomedical Advanced Research and Development Authority (‘BARDA’), an US government-owned enterprise, for development of ridinilazole for the treatment of C. difficile infection.

The company also signed a licensing agreement with Eurofarma Laboratórios granting them commercial rights to ridinilazole in South and Central America and certain Caribbean islands in lieu of payments based on developmental, regulatory and sales milestones. The Wellcome trust contributed over $10 million from a Seeding Drug Discovery Award (2009) and Translational Research Award (2012) for the development of ridinilazole.

The company aims to develop anti-infectives that can target bacteria irrespective of their antibiotic drug-resistance status. Its proprietary technology (patent pending) based on phage therapy has wide applications in potential life-threatening indications caused by multidrug-resistant bacterial infections.

The company is currently engaged in developing therapeutics for Gonorrhea, treatment of multidrug- and pandrug-resistant P. aeruginosa and a therapy for elimination of P. acnes infections in chronic inflammations.