Chronic Obstructive Pulmonary Disease (COPD) is a progressive and irreversible degeneration of the lungs which is characterised by difficulty in breathing and poor airflow and manifests itself as diseases such as emphysema, chronic bronchitis and refractory (non-reversible) asthma.

The World Health Organization (WHO) estimates that there are 251 million cases of COPD worldwide and that chronic obstructive pulmonary disease caused 3.2 million deaths globally in 2015 as per a report by a Global Burden of Disease study. According to a U.S National Institute of Health (NIH) fact sheet, over 120,000 succumb to COPD each year, with 12 million adults being diagnosed yearly and a further 12 million cases being undetected so far. It is the third leading cause of death in the U.S and costs over $32 billion in direct healthcare costs.

A report by Research and Markets’ titled, “Global COPD Market – by Type, Diagnosis, Treatment, Region – Market Size, Demand Forecasts, Industry Trends and Updates (2016-2022),” predicts that the market will grow at a CAGR of 5.6% to reach $19 billion by 2022.

Traditionally, spirometry is used as an early diagnostic tool, followed by treatments for alleviating symptoms such as glucocorticoids, bronchodilators, oxygen therapy, antibiotics, pulmonary rehabilitation and surgical intervention. There are some promising innovations being made in the field by companies that are creating novel mechanisms of actions to combat the disease. Some of which are listed below. 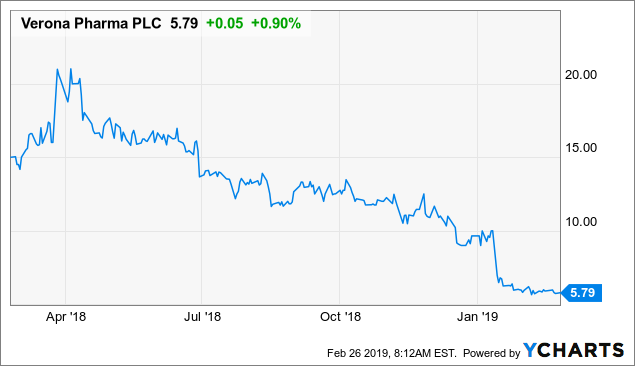 A clinical stage biotechnology company, Verona’s lead product RPL554 is a novel breakthrough inhaled drug combination that acts as a bronchodilator and offers anti-inflammatory properties in one compound, it has also demonstrated efficacy in activating the CFTR the protein behind the genetic defect in cystic fibrosis.

The drug is available in a nebulized formulation intended at alleviating acute exacerbations of COPD in hospital, for maintenance therapy of COPD patients and improving their quality of life. In the pipeline are dry powder inhalers (DPI) and metered dose inhaler (MDI) formulations of RPL554 for maintenance treatment of COPD. The three key activities of RPL554 are based on a unique mechanism of action namely Ensifentrine, a dual inhibitor of the phosphodiesterase 3 (PDE3) and phosphodiesterase 4 (PDE4) enzymes. Unlike its predecessors which were marred by adverse reactions of the gastrointestinal system, such as nausea, vomiting and weight loss, Verona’s PDE4 inhibitor for COPD has minimal side effects and maximized efficiency. The company is preparing a comprehensive plan for Phase II and Phase III trials for Ensifentrine in 2019 for maintenance treatment of COPD and treatment for cystic fibrosis (CF). In the pipeline are proof-of-concept clinical trial for its efficacy as an anti-inflammatory treatment and its applicability in the treatment of asthma and other respiratory diseases. It also received an approval from the WHO for using “ensifentrine” as the recommended International Non-proprietary Name (“INN”) for the company’s drug candidate, RPL554.

RPL554 has obtained an innovation and company venture award from the Cystic Fibrosis Trust, UK, to continue its study in models of cystic fibrosis 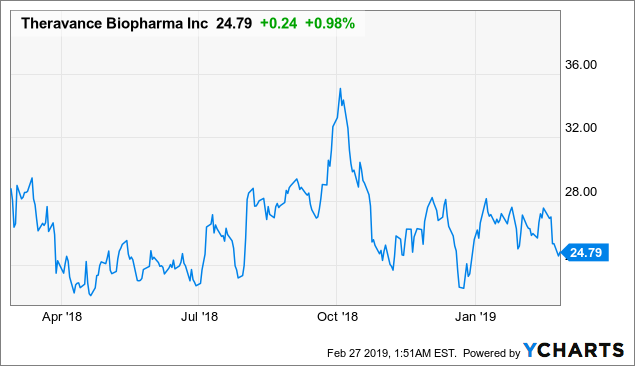 Its YUPELRI is a first-in-class once-daily nebulized long-acting COPD medicine that can treat chronic bronchitis and emphysema. Revefenacin (TD-4208) is a long-acting muscarinic antagonist (LAMA) that is not only effective in the treatment of COPD but also has the potential to serve as combination drug for delivery in metered dose inhaler and dry powder inhaler products. The company has entered into a strategic collaboration with Mylan (NASDAQ:MYL) for the development and commercialization of this drug candidate. The company secured a private placement of $250 million of non-recourse PhaRMASM 9% fixed rate term notes. As per the Company’s latest financial results, its cash, cash equivalents, and marketable securities balance stood at $320.6 million as on September 30, 2018. The Company’s revenue during the same period stood at $12.8 million. 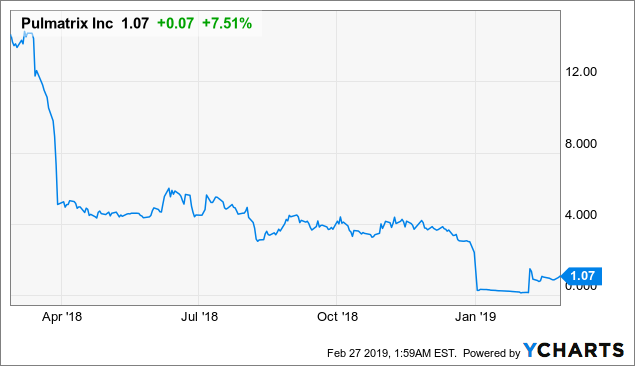 The company has received a FDA Qualified Infectious Disease Product (QIDP) designation for ABPA and CF. Its platform enjoys intellectual property protection till 2030.

The company recently made a public offering of 1,561,177 shares at a price to the public of $0.17 per share and expects to receive gross proceeds of approximately $265,400 from the offering. According to the company, it also made a securities purchase agreement with an institutional investor, providing for the purchase and sale of 9,375,000 shares of common stock at a price of $0.32 per share in a registered direct offering, resulting in total gross proceeds of $3.0 million. 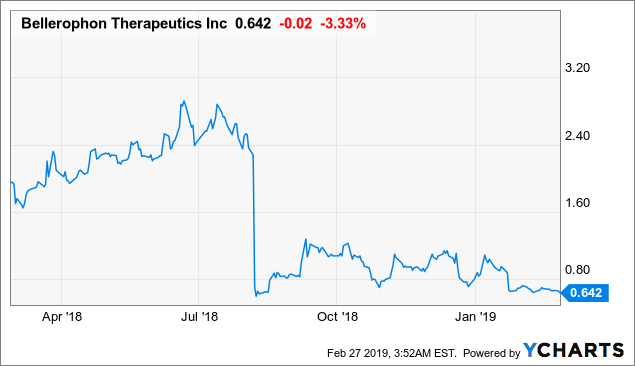 Its INOpulse uses nitric oxide that plays an important role in vasodilation, or opening of the arteries, including arteries in the lung. When inhaled by patients with pulmonary hypertension (PH), it helps absorption, relaxation and reduces blood pressure in the lungs leading to lowering of strain on the right ventricle. Moreover, it has minimal systematic effects as nitric oxide is quickly inactivated after inhalation as it comes in contact with the blood.

The product is compact and portable and is meant for daily use by ambulatory patients. It has a long battery life of over 16 hours and a user-friendly interface; it can also adjust to patients breathing patterns. It addition, the company has also developed a triple-lumen nasal cannula which ensures precision in dose delivery.

The company is currently engaged in INOpulse® Phase 2b clinical trials for treatment of pulmonary hypertension associated with interstitial lung disease. While it has finalized the design of its phase 2b study for PH-COPD with the FDA, t intends to initiate a phase 2 study for PH-Sarc in Q1, 2019.

Its INOpulse platform enjoys a very strong intellectual property rights protection with multiple provisional patents issued and pending that afford it extensive coverage till 2033 with ability to extend coverage till 2038. It is also seeking an orphan drug designation for PH-IPF/PH-ILD that would provide potential exclusivity for 7 years (US) and 10 years (EU).

The company recently announced an initial public offering (IPO) of 10,000,000 shares of its common stock at a public offering price of $0.70 per share, for gross proceeds of $7 million. As per its Q3, 2018 financial results, its cash and cash equivalents stood at $20.6 million. The Company reported a net income of $11.1 million during the same period compared to a net loss of $7.6 million, in the third quarter ended September 30, 2017.

The company’s inhaled interferon beta (IFN-beta) therapeutic candidate is currently under Phase II clinical trials to study the safety of SNG001 in COPD patients when they are suffering from cold or flu conditions that could exacerbate COPD. The drug has the potential to use the body’s natural anti-viral defenses to safeguard the lung cells of COPD patients when infected with viruses and is to be administered using a nebulizer. Licensing agreements are at the core of the company’s growth strategy. It has collaboration with Pharmaxis to develop an oral LOXL2 inhibitor to reduce fibrosis in patients with idiopathic pulmonary fibrosis (IPF) which was later taken over completely by Pharmaxis, for an upfront payment of £5 million and 17% of any future net partnering proceeds from all fibrotic indications according to the company.

In the pipeline are drug candidates for idiopathic pulmonary fibrosis (IPF) and non-alcoholic fatty liver disease (NAFLD). The company is seeking collaborations or licensing agreements with companies that would like to leverage on its BioBank model platform and clinical competence to develop potential treatments for Ashthma, COPD and lung diseases.

In October 2018, the company raised approximately £2.9 million through the issue of 17,813,125 new ordinary shares to existing and new institutional investors at 16 pence per ordinary share as per the company statement, the proceeds of which are to be used for funding phase II clinical trial in COPD, investment in two early stage opportunities and for working capital requirements of the company.