Obalon Therapeutics (NASDAQ: OBLN), the manufacturer of the first and only FDA-approved swallowable, gas-filled intragastric balloon system to combat obesity, has announced the grant of U.S patent no. 10,264,995 entitled “SYSTEMS AND METHODS FOR LOCATING AND/OR CHARACTERIZING INTRAGASTRIC DEVICES. This will help expand the company’s Intellectual Property portfolio to 20 issued patents and 25 patents pending in the U.S, along with 31 patents issued and 55 patents pending in international territories. Obalon’s proprietary navigation System eliminates the need for X-Ray imaging to place the balloon inside a patient, thereby saving the treating physician additional cost and inconvenience. The new patent encompasses several aspects of the Obalon Navigation System, such as dynamic tracking using internal and external sensors with an external electromagnetic field. 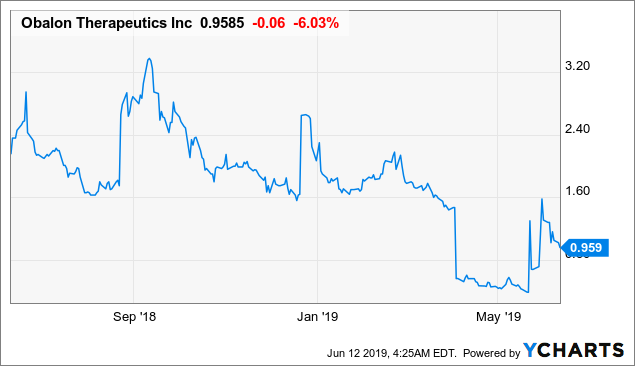 Obesity and Overweight together are the leading cause of preventable death in the U.S, leading to a loss of 47 percent more life years than tobacco and diabetes, according to a study published by Cleveland Clinic and New York University School of Medicine. According to a National Centre for Health Statistics Data brief, obesity affected approximately 93.3 million US adults in 2015-2016 amounting to 39.8% of the population. A significant $147 billion was incurred as annual medical costs on account of obesity in the U.S. This illness is reaching endemic proportions not only in the U.S but globally as well.

Weight loss drugs are generally prescribed for short term use and have side effects such as insomnia, hypertension, drug dependence, flatulence, soft stools, headache, dry mouth and constipation to name a few. They tend to have a high abuse potential and can cause severe dependence. Bariatric Surgery is recommended in extreme cases, and involves removing a part of the stomach or small intestine. However, it can severely restrict mineral and vitamin absorption.

The anti-obesity therapeutic space is extremely challenging, as it is marred with high–attrition rate, as the rate of drugs transitioning from preclinical to market stage is very low, with almost 80% of the drugs getting terminated before reaching pre-registration as per a market research report published by grandviewresearch. There is a lot of negative perception associated with long-term use of anti-obesity drugs because of concerns related to severe side-effects such as strokes, suicidal thoughts, depression and cardio vascular implications.

OBALON manufactures the first and only ingestible 3- balloon system for weight loss approved by the FDA. This temporary non-surgical intragastric balloon system, when used in conjunction with professionally supervised diet and exercise, can help a patient reduce twice as much weight as through diet and exercise alone. The medical technology company, whose focus is on gastric balloon technology, aims to deliver solutions for weight loss to counter chronic illnesses such as obesity with its advanced technological innovations.

The device is administered via a pill-sized capsule attached to a micro catheter. Once the capsule dissolves, the balloon is inflated with gas and is mandatorily removed after being placed inside for a 6 month period. It has an average of 89% of the weight loss being kept off even after removing the balloon. It involves no complex surgery or sedation and is placed within 10 minutes in a physician’s office. The procedure is fully reversible and has a proven safety profile. It is less expensive than getting a weight loss surgery done. The company presented expanded clinical data, from 1400 patients treated across 143 sites using its Obalon Balloon System, at the Digestive Disease Week (DDW) 2019 Annual Conference, held on May 18-21, 2019 in San Diego, CA. AS per the report, the average weight loss for patients after receiving three balloons and six months of therapy was 21.7 pounds and a 10.2% reduction in total body weight. In addition, 50.7% of patients lost greater than 10% total body weight and 77.9% lost greater than 5% total body weight. There were no severe adverse events reported, however non-serious adverse events occurred in 10.3% of the patients with the most common being abdominal pain (3.8%), nausea (3.0%), and vomiting (1.7%).

We believe that the grant of patent strengthens its position in the anti-obesity treatment market, by offering it protection against companies looking to develop similar technologies for weight loss.

The company received a delisting notification from NASDAQ in May 2019, for failing to confirm with the Nasdaq Listing Rule. It saw its shares soar by almost 60 percent on May 29, on unfounded news that Johnson and Johnson (NYSE: JNJ) would be making a takeover bid for the company for $8 per share. Though the veracity of the claim is doubtable, the company is expected to post sales of $1.74 million for the current fiscal quarter, the results of which are to be announced in June 6, 2019. That would mark a year-over-year growth rate of 28.9%.

Obalon Therapeutics is a vertically integrated medical technology company that is developing innovative therapies to combat obesity. It has developed the Obalon Balloon system, the first and only FDA-approved swallowable, gas-filled intragastric balloon system aimed at the treatment of obesity.

The company was founded in 2008 and is headquartered in Carlsbad, California.

- Scientific Breakthrough seeks to end the suffering of people with Vitiligo