Posted at 12:07h in Cannabis by admin 0 Comments
0 Likes
Share

Opiant Pharmaceuticals, (NASDAQ: OPNT), which develops pharmacological solutions for addictions, disorders and substance abuse, announced that it has entered into an agreement with Sanofi (NYSE: SNY) to manufacture Opiant’s investigational agent OPNTOO4 (drinabant) for the treatment of Acute Cannabinoid Overdose (ACO). Drinabant, a selective CB1 receptor agonist, was initially developed by Sanofi as a treatment for Obesity, Schizophrenia. Alzheimer’s and Nicotine dependence, and was later acquired by Opiant through a licensing agreement in December 2018.

The company aims to evaluate the efficacy of Drinabant, in treating Acute Cannabinoid Overdose, in the form of an injectable in an emergency set up, specifically in cases related to ingestion of edibles such as THC and synthetic cannabinoid laced brownies, cookies and candies that are accidentally consumed by children. 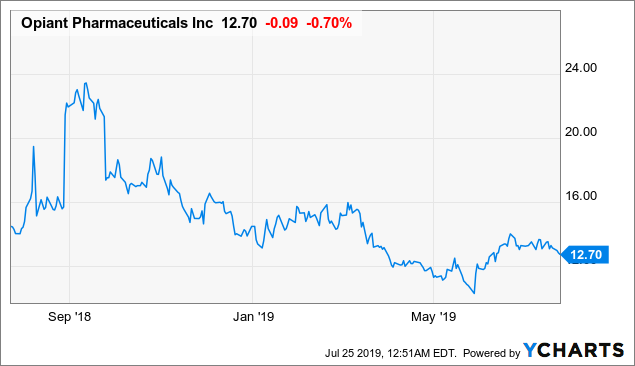 According to Roger Crystal, M.D., Chief Executive Officer of Opiant,

“This agreement marks an important milestone in our partnership with Sanofi and the OPNT004 development program and supply chain. This further enhances our position as a leader in developing medicines for the treatment of addiction and drug overdose.”

As per a company statement, ACO resulted in more than one million emergency department visits in the United States in 2016 and the numbers are likely to go up in the future owing to increased usage and acceptance of Cannabis.

OPNTOO4 (drinabant), addresses a very pressing need, as currently there are no approved treatments for ACO.

The Cannabis plant has an estimated 113 different compounds out of which (THC) delta-9 tetrahydrocannabinol and (CBD) Cannabidiol are the two main constituents. These affect the receptors in the brain, which can alter an individual’s physical and mental state. THC is mainly responsible for the psychoactive effects or the feeling of “high” caused by the use of cannabis. CBD on the other hand, has several powerful anti-inflammatory, analgesic, neuroprotective and anti-anxiety properties, which explains its growing popularity to treat a plethora of medical conditions. Unlike THC, CBD does not have any psychotropic effects and hence is widely preferred.

In 2017, The WHO expert committee on Drug Dependence (ECDD) concluded that in its Unadulterated form, CBD does not cause harm or have abuse potential. While further research is underway on the subject it has been proved that CBD is well tolerated in humans and is safe. However, the quality and potency are a cause of concern as the market is still unregulated.

A study conducted on 84 CBD based products that were purchased online from 31 companies reveals some startling information. The products were sent to a third party independent lab for blind testing, and out of the total sample, 26% had less CBD than advertised on the label (Over-labeled) and 42% had more CBD than advertised (Under-labeled).

There is a high risk of adulteration in CBD products. Right from the way the oil is extracted to its potency, there is a chance of tampering. There are mainly three ways in which CBD oil can be extracted namely

-Low-priced methods of extraction which involve the use of toxic solvent like propane and butane which are extremely dangerous for your health.

– Ethanol-based extraction, which is considered safe and reliable as it removes toxins from the plant and gives the highest yield.

– Supercritical CO2-based extractions that yield the purest form of CBD oil and are the most advanced form of extraction which means you get the highest quality CBD product.

However the cost associated varies, the more complex the process the higher the price of the product, leading to questionable practices.

The quality of CBD is also directly dependant on the quality of hemp being harvested. Hemp is known as a “hyper accumulator”, it essentially means that it absorbs everything in its surrounding and from the soil in which it is grown. If the soil is rich in pesticides or herbicides, mercury or lead then it can lead to the oils being contaminated with all the above. It is essential that the user is aware that a CBD safe product will have THC content of less than 0.3%.

According to the World Health Organisation, over 2.5 percent of the world’s population or 147 million people, consume Cannabis. Since the legalization of Cannabis in certain states, calls to the poison control central for pediatric marijuana exposure have seen a marked increase of 34 percent. Use of recreational cannabis is the leading cause of adverse affects such as postural hypertension, tachycardia, nausea, delirium, panic attacks, coma respiratory distress and fatalities resulting from an overdose.

The challenge in dealing with Acute Cannabis overdoses is that conventional treatment solutions for overdoses such as gastrointestinal decontamination with activated charcoal (AC) are ineffective, as most symptoms are delayed by at least 3 hours.

Hence there is a need for novel therapeutics that can tackle this rising menace.

Opiant Pharmaceuticals is focused on creating therapies that help in managing addictions, substance use disorders, and overdoses. The company’s efforts are based on the premise that addiction is not a choice, but a chronic brain disorder, which needs to be dealt with in the same manner as one treats other diseases such as cancer, diabetes etc,.

Opiant’s lead candidate is OPNT003, a long-acting, rapid onset nalmefene nasal spray for opioid overdose reversal, which has received a $7.4M NIH grant and $4.6M BARDA contract. The company plans to file for an NDA for the same using the 505(b) (2) development pathway in 2020.

The company leverages its proprietary intranasal delivery technology, to develop novel opioid antagonists that offer a rapid onset of action and ease of use. NARCAN® Nasal Spray developed by Opiant and marketed by Adapt, under a partnership agreement, is the only FDA –approved nasal formulation of naloxone. The company has 6 Orange book listed patents covering NARCAN® Nasal Spray and has more patents pending for approval.

Its pipeline consists of OPNT002, a nasal naltrexone for Alcohol Use Disorder (AUD), in addition to a vaccine for heroin addiction that it has licensed from WRAIR Walter Reed Army Institute of Research (WRAIR).

-Opioid Addiction is a growing epidemic Opioid based medicine has given rise to an addiction endemic with prescription drug overdose becoming one of the leading causes of preventable deaths in the U.S in turn prompting the government to declare a public health emergency in 2017. This presents a large market with unmet needs, which the company seeks to address.

– The company is utilizing government grants and licensing fees to fund its clinical programs, and is in a strong financial position, with over $20 million (does not include one-time milestone of $13.5 million that should be earned in 2019) Annual Royalty Stream. In addition, it is a recipient of a BARDA contract valued over $4.6m for the development of OPNT003 as a counter-measure against an attack.

– Clinical trials are unpredictable, in case its clinical trials fail to meet the criteria or result in failure, and then it may have an adverse impact on the company.

We believe that Opiant Pharmaceuticals could disrupt the opioid reversal therapeutics market with its novel delivery mechanism and strong clinical pipeline of candidates. In addition, its partnerships with leading big-ticket pharmaceutical companies could help Opiant gain a strong foothold in the market.