Posted at 11:39h in Biotechnology by admin 0 Comments
0 Likes
Share

The Company has been asked to submit additional data from a second study, a practice that is consistent with the EMA guidelines, which requires two phase 3 studies per indication for approval. Paratek’s original MAA was based on the company’s Phase 3 program for NUZYRA along with three pivotal registration studies that covered two studies in ABSSSI and one study in CABP. The drug has already demonstrated favourable safety and tolerability profiles and has met the required primary endpoints.

Nuzyra (omadacycline) is a once-daily oral and intravenous (IV) formulation of modernized tetracycline that can overcome tetracycline resistance and acts on Gram-positive, Gram-negative, atypicals, and other drug-resistant strains. Paratek intends to pursue a concurrent approval, to maximize the value for Nuzyra, which would also ensure 10-year market exclusivity upon approval. The drug has already been approved by the FDA in October 2018 and is commercially available for the treatment of adults with CABP and ABSSSI. 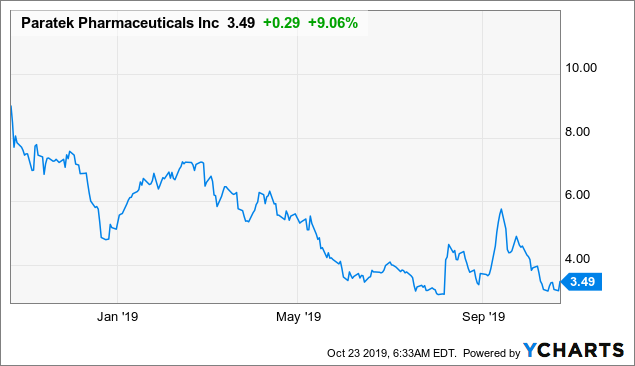 An ABSSI is defined as a bacterial infection of the skin with a lesion size of at least 75 cm, taking into consideration area of redness, edema or induration, according to the FDA guidelines. These are generally associated with soft tissues such as loose connective tissues and mucous membranes. Skin infectious cause over 870,000 admissions and lead to 6.3 million hospital as well as 3.4 million emergency visits per annum. The existence of co-morbidities such as diabetes or vascular illnesses can lead to difficulties in treatment and selection of antibiotics.

CABP, along with Influenza, is currently the eight leading cause of death in the U.S. The growing number of CABP cases can be attributed to a rise in the geriatric population, increased diagnosis of co-morbid conditions such as diabetes, COPD and CHF, viral respiratory tract infections, impaired airway protection and smoking or alchohol abuse. CABP leads to the hospitalization of over 650 adults a year per 100,000 population in the United States, with  9 percent of the patients likely to be rehospitalized due to a new episode of CAP during the same year according to a report .

Drug resistance is emerging as a major problem in the treatment of ABSSI and CABP, there is also a growing need for more oral options which can serve as an alternative to quinolones, and the use of multi-drug combinations. Hospitalization on account of skin infections has increased since the 2000’s, using up valuable nursing time and hospital space. Hence drugs with a greater safety and tolerability profile, which can effectively fight antibiotic resistance are the need of the hour. ABSSI and CABP together present a $2.6 Billion opportunity.

Paratek’s scientific focus is on an aminomethylcycline – derived from tetracyclines, which the Company is using to develop antibiotics that can overcome resistance. The company’s lead product candidate for the treatment of Acne Vulgaris is the FDA approved SEYSARA (sarecycline), a tetracycline-class drug which is marketed by Almirall, LLC in the U.S. It has assigned the marketing and development rights of SYESARA to Allergen PLC, who in turn gave the marketing rights to Almirall LLC. The company received $12 million in milestone payments upon FDA approval and will now receive tiered royalties on sales of SYESARA. In addition the company is also developing NUZYRA (omadacycline) for women with uncomplicated UTI and acute pyelonephritis. NUZYRA is the first FDA approved tetracycline class antibacterial for treatment of Community-acquired bacterial pneumonia (CABP) and acute bacterial skin and skin structure infections (ABSSSI) in adults in over 20 years. It is also studying expansion opportunities for use in Prostatitis and Rickettsial Disease.

The company has a research agreement with U.S department of defense to study the use of NUZYRA against pathogenic infectious diseases such as plague, anthrax etc. It has collaboration with Zai Lab (Shanghai) Co., Ltd (NASDAQ: ZLAB) china for development and commercialization of omadacycline in greater china.