Pulmatrix Soars on News of Licensing Agreement with Johnson & Johnson Pulmatrix Inc (NASDAQ: PULM), a Clinical Stage Biopharmaceutical Company developing inhaled therapies for the treatment of pulmonary diseases, announced the signing of a licensing and development agreement with the Lung Cancer Initiative at Johnson & Johnson (NYSE: JNJ), enabling the initiative to access the Company’s portfolio of narrow spectrum kinase inhibitors intended for the treatment of lung cancer.

The lung cancer initiative will pay Pulmatrix $7.2 million in the form of upfront payment, and an additional $2 million in the form of milestone payment, upon the completion of an ongoing Phase Ib study of RV1162/PUR1800 in stable COPD Patients, the results of which are expected to be published by end of 2020. In case the Lung Cancer Initiative exercises the option on RV1162/PUR1800 and other kinase inhibitor in its portfolio, then the Company will receive an additional $91M in developmental and commercial milestones, besides royalty payments, as per a Company statement.

“Pulmatrix’s iSPERSE™ platform has the ability to enhance the safety and efficacy profile of promising drug candidates. We applied the iSPERSE™ technology to RV1162/PUR1800, the lead in-licensed inhibitor and helped unlock its clinical potential by improving the product’s profile from the original formulation. In 2020, we anticipate clinical data from the first of these inhibitors in a disease area with significant unmet medical need. We look forward to collaborating with the Lung Cancer Initiative at Johnson & Johnson as we advance this important program. Additionally, in 2020, we anticipate data from our phase 2 Pulmazole program and we plan to introduce new proprietary, wholly owned iSPERSE enabled 505(b)(2) assets to our pipeline.”

RV1162/PUR1800 is a Narrow Spectrum Kinase Inhibitor (NSKI), developed using the Company’s proprietary iSPERSE technology, which targets p38 MAP kinases (p38MAPK), Src kinases, and Syk kinases that play a crucial role in chronic inflammation and airway remodelling in patients with COPD as per the Company. The candidate has the potential to block steroid resistant inflammation, suppress inflammation and treat airway remodelling. PUR1800 has demonstrated the ability to deliver 3 times more effective lung dosage when compared to a lactose blend formulation in preclinical studies. 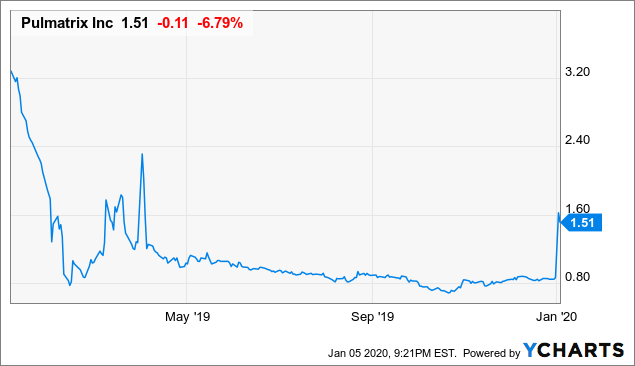 Chronic Obstructive Pulmonary Disease (COPD) is a progressive and irreversible degeneration of the lungs which is characterized by difficulty in breathing and poor airflow and manifests itself as diseases such as emphysema, chronic bronchitis, and refractory (non-reversible) asthma.

The World Health Organization (WHO) estimates that there are 251 million cases of COPD worldwide and that chronic obstructive pulmonary disease caused 3.2 million deaths globally in 2015 as per a report by a Global Burden of Disease study. According to a U.S National Institute of Health (NIH) fact sheet over 120,000 succumb to COPD each year, with 12 million adults being diagnosed yearly and a further 12 million cases being undetected so far. It is the third leading cause of death in the U.S and costs over $32 billion in direct healthcare costs.

A report by Research and Markets’ titled “Global COPD Market – by Type, Diagnosis, Treatment, Region – Market Size, Demand Forecasts, Industry Trends and Updates (2016-2022)” predicts that the market will grow at a CAGR of 5.6% to reach $19 billion by 2022.

Traditionally, Spirometry is used as an early diagnostic tool, followed by treatments for alleviating symptoms such as Glucocorticoids, bronchodilators, oxygen therapy, antibiotics, pulmonary rehabilitation and surgical intervention.  There are some promising innovations being made in the field by companies that are creating novel mechanisms of actions to combat the disease.

The company has received a FDA Qualified Infectious Disease Product (QIDP) designation for ABPA and CF. Its platform enjoys intellectual property protection till 2030. Additionally the Company has received regulatory approval for Poland and India, to initiate patient enrolment in its Pulmazole Phase 2 clinical trial, in addition to receiving a US patent (Pat. No. 10376465)) covering its iSPERSE™ Formulations for its Pulmazole Program.

As per the Company’s Q3, 2019 financial results, Pulmatrix had $27.9 million in cash, compared to $2.6 million as of December 31, 2018. The Company also completed a financing that resulted in total gross proceeds of $16.6 million in April 2019. Furthermore the Company also entered into a co-development and commercialisation agreement with Cipla (NSE: CIPLA) for Pulmazole, in consideration for $22 million upfront payment and an equal share in development and commercialization costs as well as free cash flow from future sales of Pulmazole.