Puma Biotechnology (NASDAQ: PBYI), a biopharmaceutical company focused on Oncology, announced the submission of a supplemental New Drug Application (sNDA) to the FDA, for neratinib in combination with capecitabine for treatment of HER2-positive metastatic breast cancer in patients who have failed two or more prior lines of HER2-directed treatments (third-line disease).

Nertinib, which was previously, approved by the FDA for the extended adjuvant treatment of adult patients with early stage HER2-overexpressed/amplified breast cancer, following adjuvant trastuzumab-based therapy, is currently marketed in the U.S as NERLYNX® tablets. It has also received marketing authorization from the European commission. The approval comes on the heels of positive results from its Phase III NALA trial, a randomized controlled trial of neratinib plus capecitabine versus Tykerb® (lapatinib) plus capecitabine, in patients with third-line HER2-positive metastatic breast cancer. 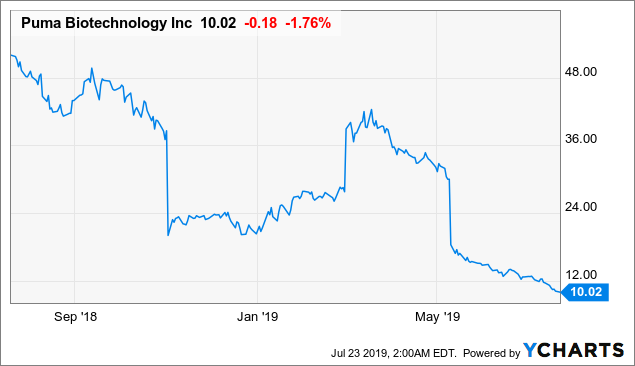 “We are very pleased to announce this important regulatory milestone. Although the use of HER2 directed agents in the metastatic setting has positively impacted the treatment of the disease in the first and second line settings, patients with HER2 positive metastatic breast cancer who have progressed on two or more prior treatments continue to need additional treatment options. We look forward to working with the FDA during its review of this submission.” In addition, NERLYNX® (neratinib), has also received marketing authorization from Health Canada, through its licensing partner Knight Therapeutics Inc. (TSX: GUD), making it the first anti-HER2 treatment to be approved in Canada. The results from its Phase III ExteNET trial demonstrated a 51% reduction in the risk of invasive disease recurrence or death at 2 years in patients who completed one year of therapy following a trastuzumab-based regimen according to a company Statement.

“Reducing the risk of disease recurrence remains a need for patients, despite advances in the treatment of early stage HER2-positive breast cancer. We are pleased that our partner, Knight Therapeutics, will be bringing NERLYNX® to patients throughout Canada. Health Canada represents the second international approval of NERLYNX® this year and we are committed to supporting our partners to expand NERLYNX commercial accessibility to patients around the world.”

HER2 (human epidermal growth factor receptor 2), is a gene that plays a crucial role in the healthy functioning, growth and repair of breast cells. However, in about 25% of breast cancers, the HER2 gene multiplies uncontrollably. An HER2 – positive breast cancer is likely to grow and spread more rapidly than HER-2 Negative cancers.

Breast cancer is the most common form of cancer in women with an estimated one in eight women and one in 1,000 men being diagnosed with breast cancer during their lifetime. According to data made available by centers for disease control and prevention (CDC) over 237,000 cases of breast cancer are diagnosed in women and about 2,100 in men in the U.S alone. Approximately 41,000 women and 450 men in the U.S. succumb to this malady every year.

The breast cancer therapeutics industry is likely to reach USD 38.4 billion by 2025 growing at a CAGR of 10.7% according to a report by Grand View Research, Inc. The increasing spending on mergers and acquisition, strategic collaborations and the rise in research and development efforts to stay ahead of competitors will drive the growth in the market. Lifestyle changes such as rise in age of childbearing, high intake of oral contraceptive pills, reduced breast feeding, and undergoing estrogen modifying drug treatments are causing leading to increased incidences of breast cancer according to the report, while the onslaught of generics could hamper the market from reaching its full growth potential.

The treatment plan for Breast Cancer consists of surgery such as mammaplasty, mastectomy, lumpectomy, radiation therapy, chemotherapy and oral medications. These come with their own set of limitations and side-effects. However new advancements in technology are helping companies to develop novel therapeutics that with targeted delivery, improved efficacy, reduced side-effects and more positive patient outcomes.

PUMA biotechnology specializes in acquiring licenses for novel therapeutics, with a focus on oncology, especially those that have completed initial clinical testing and develops them for commercial use. Its lead drug candidate PB272 (neratinib) is a potent irreversible tyrosine kinase inhibitor, or TKI that can obstruct signal transduction through the epidermal growth factor receptors, or EGFRs, HER1, HER2 and HER4. The initial focus of the company is on developing PB272 (neratinib) as an oral treatment for patients with HER2-positive breast cancer, that has a very high incidence of brain metastases.

The company has received FDA approval for NERLYNX® (neratinib) for the treatment of early stage HER2-positive breast cancer following adjuvant trastuzumab-based therapy. It is currently being evaluated under various clinical trials, foremost among them being the Phase III Nala trial, a randomized controlled trial of neratinib plus capecitabine versus Tykerb® (lapatinib) plus capecitabine in patients with third-line HER2-positive metastatic breast cancer.  The company recently announced positive results from the trial, with the study meeting its co-primary endpoints namely confirmed progression free survival (PFS) and overall survival (OS). Puma reached a special agreement with the FDA under a Special Protocol Assessment (SPA) for the design of the Phase III clinical trial and received scientific advice from the EMA as well. Besides Europe, the drug has also received approvals from the regulatory authorities in China and Canada. The drug will be launched in the European and Germany markets in 2019.

In Canada, it has signed an exclusive licensing agreement with Knight Therapeutics Inc for NERLYNX® (neratinib). Puma will receive upfront and milestone payments up to $7.2 million as well royalties on sales in Canada.

We believe that PUMA biotechnology is poised to obtain its goal of getting a marketing approval for NERLYNX® (Neratinib) in the U.S as a supplemental New Drug in combination with capecitabine, owing to the positive results from its clinical trials in Canada and its consequent approval by the Health Canada authorities. It is addressing a very large unmet need for patients who succumb to recurring HER2 – Positive breast cancers. It has entered strategic licensing and partnership agreement for markets in Europe and China, which will help the company make considerable gains in the future.

- Pulmatrix Soars on News of Licensing Agreement with Johnson & Johnson