Puration Inc (OTCPINK: PURA), a leading CBD infused sports drink maker, which produces the EVERx CBD beverage, announced its foray into the European market, a move that is likely to generate over $ 4 million in annual revenue. EVERx is a sport –nutrition beverage with over $1 million in sales in 2018 and over $1 million in sales in the first six months of 2019 and targeting $4 million in sales by 2019-year end. The first shipment is scheduled for dispatch later this month but the Company is yet to announce the name of the distributor or the terms of the agreement owing to confidentiality concerns. 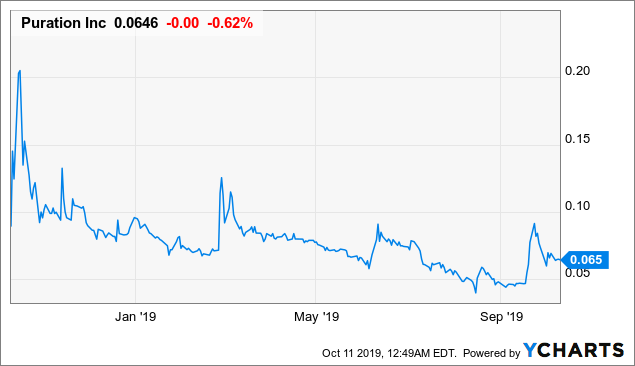 The Company initiated its European market campaign at the Arnold Schwarzenegger’s Arnold Sports Festival Europe in Barcelona, an event which also witnessed its first official launch in Ohio, before becoming a regular participant of the events organized worldwide. The Company intends to capitalize on the rapidly arising opportunities in the European CBD market, which is likely to reach $1.7 billion by 2023 according to a report by the Bright field Group.

EVERx CBD infused sports water, which was launched in 2017, grew by 600% in the first year after the launch to become the leading CBD infused beverage in the sports nutrition market. The product comes in Kiwi Strawberry and Lemon Lime flavors besides the original. The product is touted to have twice the CBD content when compared to conventional CBD infused waters available in the market.

Furthermore the Company is set to launch Tranquil Tea and Coffee infused CBD beverages in the market in order to pursue its target of $4 million sales in 2019.

The Growing acceptance of Marijuana and CDB-based products has given birth to various niche industries. There are numerous companies that offer CDB–based products such as oils, topical lotions, bath salts, edibles, aromatherapy, you name it and chances are that there is already someone offering the product in the market. There is growing competition in the field and this has led to innovations and pushing the envelopes to capture and even create new markets for the product.

The U.S, where the use of cannabis has only been legalized in 33 states for medical use and 11 states for recreational use, is one of the largest untapped markets for Cannabis, with an estimated value of over USD 11.9 billion in 2018, which is likely to grow at a CAGR of 24.1% from 2019 to 2025. There have been series of mergers and acquisitions in the Cannabis space, which have seen consolidation of major players such as Aurora Cannabis, Canopy Growth, Curaleaf etc, in the anticipation of legalization of marijuana in the U.S by the end of 2019. Buoyed by the success of its EVERx CBD Infused Sports Water, the Company is now focused on the creation and commercialization of a new THC infused beverage in Canada, which can leverage on the legalization of marijuana in the country. PURA acquired a Canadian cannabis player in January 2019, and has already developed a formula named THC Savor, along with chalking up a distribution plan to capitalize on the opportunities being presented in the CBD beverages market. The Company is actively seeking strategic acquisitions and partnerships of other beverage operators in the cannabis beverage space to further its cause.

The Company’s primary goal was to establish a reputation for delivering the highest quality cannabis extract based on its patented cannabis extraction process, which was altered to develop its own cannabis infused food and beverage products. PURA has realigned its focus on establishing a cannabis cultivation business, which will help the Company diversify and capitalize on opportunities arising in the cultivation field, along with creating greater shareholder value. The aim is to expand its existing operations in the U.S and Canada and build the highest quality extraction process in the market place.

Puration recently changed the packaging design of its product after a market testing of its new logo design, in addition to changing its packaging form, from bottle or six-pack option to a more convenient 4-pack option, which the Company believes will boost its sales prospects further.