Research in Crohn’s Disease poised to change the Treatment Landscape Crohn’s is an inflammatory bowel disease characterized by chronic inflammation of the gastrointestinal tract, chronic diarrhea, abdominal cramps, rectal bleeding and constipation to name a few. It is estimated that Crohn’s disease affects 780,000 Americans, with the highest prevalence being between the ages of 15 and 35.

Research in recent years points to genetics, hereditary factors and environmental factors as the most likely cause for the disease while improper diet and stress are known to aggravate the condition. According to a report by the Centers for Disease Control and Prevention (CDC) there are 3.1–14.6 new diagnosis of Crohn’s per 100,000 people each year. The economic burden of this disease is an estimated $25,282–$26,192 per annum according to a study.

The current treatment options include therapeutics such as immunomdulators, aminosalicylates, antibiotics antidiarrheals and steroids. There is no cure available and the medication is essentially to provide symptomatic relief. Surgery is an option and according to an estimate by the NIDDK nearly 60 percent of people will need surgery within 20 years of a Crohn’s disease diagnosis.

A report by Grand View Research predicts that the market for Crohn’s Therapeutics will reach USD 4.7 billion by 2025, growing at a CAGR of 2.4%. Increasing awareness, government and regulatory support to innovative treatment solutions along with improved diagnostic services will aid the growth of the market.

We take a look at some companies that are engaged in addressing the unmet needs in this field. 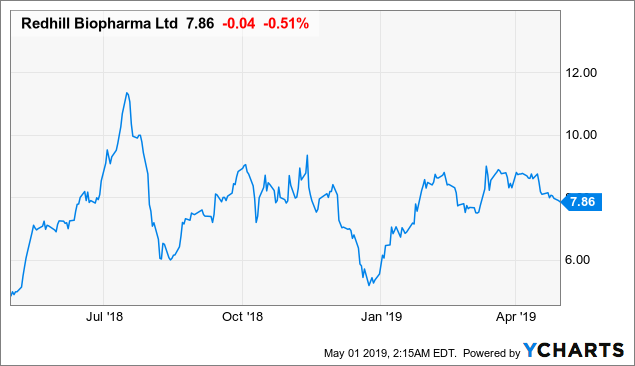 RedHill’s RHB-104, an amalgamation of clarithromycin, rifabutin, and clofazimine, is currently undergoing Phase III clinical trials named MAP US, to evaluate its safety and efficacy in the treatment of Crohn’s disease. This potentially path-breaking therapy, with a novel proprietary drug combination, in an oral formulation has anti-inflammatory, anti-microbial and intracellular properties. The candidate is based on the hypothesis that Crohn’s is caused by Mycobacterium avium subspecies paratuberculosis (MAP), a pioneering work by Professor Thomas Borody, and a member of the company’s advisory board. Its proprietary combination enjoys patent protection and has demonstrated positive results in its first phase III study, the results of which were announced by the company in July 2018. The company has already launched four products namely Donnatal ®, Mytesi ®, EnteraGam ®, Esomeprazole Strontium DR Capsules for Gastrointestinal ailments in the U.S and has a sales force of over 40 people. It is preparing to file a New Drug Application (NDA) for Talicia (H. pylori Eradication) in Q2,2019 and intends to start a phase III study of RHB-204 (NTM Infections) in H2,2019.

As per its 2018 year-end financial results, the company had cash and cash equivalents of an estimated $53 million as of 31 December 2018. 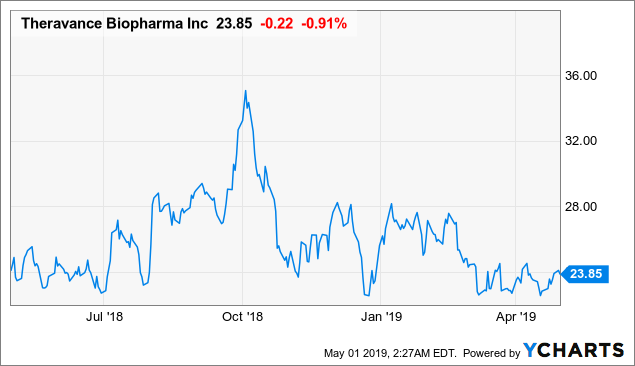 Theravance has entered into collaboration with Janssen ( one of Johnson and Johnson’s pharmaceutical subsidiary) to develop and commercialize TD-1473, a novel, potent, orally administered and intestinally restricted pan-janus kinase (JAK) inhibitor that confines its action to reducing the inflammation of the tissues in the intestinal tract with minimal peripheral exposure. The company intends to further test it safety and efficacy in the treatment of ulcerative colitis.

As part of the agreement, Theravance has received an upfront payment of $100 million and will be eligible to receive up to an additional $900 million in future payments. The companies will share any expenses and profit arising out of the U.S operations in the ratio of 67% to Janssen; 33% to Theravance Biopharma, which is also eligible to receive double-digit tiered royalties on ex-US sales as per a company release.

Theravance’s candidate YUPELRI is a first-in-class once-daily nebulized long-acting COPD medicine that can treat chronic bronchitis and emphysema. Revefenacin (TD-4208) is a long-acting muscarinic antagonist (LAMA) that is not only effective in the treatment of COPD but also has the potential to serve as combination drug for delivery in metered dose inhaler and dry powder inhaler products. The company has entered into a strategic collaboration with Mylan (NASDAQ: MYL) for the development and commercialization of this drug candidate. Its cash, cash equivalents, and marketable securities totalled $517.1 million as of December 31, 2018 as per its 2018 year-end financial results. 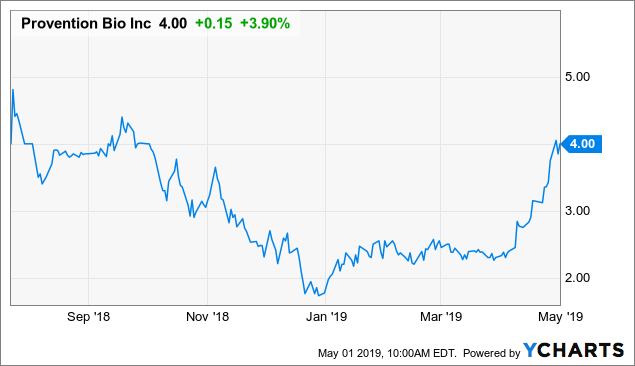 The company’s lead candidate for the treatment of Crohn’s disease, PRV-6527, an oral Colony Stimulating Factor-1 Receptor (CSF-1R) small molecule inhibitor, achieved full patient enrolment for its Phase 2a PRINCE (PRovention Investigation in Crohn’s DiseasE) clinical trial. PRV-6527 has the potential to intercept the differentiation of inflammatory dendritic cells and macrophages and inhibiting their action in the intestinal mucosa in Crohn’s disease. It has already proven to inhibit CSF-1R signaling and myeloid cell counts in blood in PoC studies while being developed by Janssen. Provention’s premptive approach involves developing therapeutic solutions that intercept and prevent before the targeted disease can even take root. Its primary focus is on autoimmune conditions and the company actively seeks technologies or targets designed to predict, pre-empt or intervene diseases. Its transformational drug development strategy involves identifying candidates that are underdeveloped due to insufficient clinical trial efficacy or strategic reasons, or those that have demonstrated proof-of-mechanism in intercepting immunopathologic pathways. Its pipeline consists of PRV-031 (teplizumab), an anti-CD3 monoclonal antibody (mAb) and its most advanced candidate for the treatment of type 1 diabetes (T1D), which the company acquired from MacroGenics (NASDAQ: MGNX). In addition, it is also developing PRV-015, an anti-IL-15mAb for Gluten dependent celiac disease, PRV-300 a first-in-class, fully human, IgG4κ monoclonal antibody (mAb) for ulcerative colitis (UC) that it acquired from Janssen Pharmaceuticals to name a few. 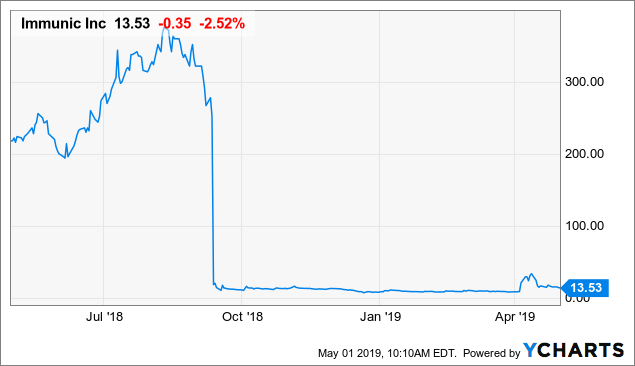 It is a clinical-stage biopharmaceutical company that aims to create novel therapeutics for the treatment of chronic inflammatory and autoimmune diseases such as ulcerative colitis, Crohn’s disease, relapsing-remitting multiple sclerosis, and psoriasis. The company is currently developing three small molecule candidates namely IMU-838 a selective immune modulator, IMU-935, an inverse agonist of RORγt and IMU-856 that restores the intestinal barrier function.

Its lead candidate for the treatment of Crohn’s disease is IMU-838, an inhibitor of intracellular de-novo biosynthesis of pyrimidines essential for the T-cell differentiation, maturation and production of relevant cytokines. It blocks the functioning of dihydroorotate dehydrogenase (DHODH) that is highly expressed in activated lymphocytes. It contains a small molecule named vidofludimus calcium and was discovered by 4SC AG and acquired by Immunic in 2016. The company will initiate a phase II clinical trial later this year.

In November 2018, the company entered into an agreement with Daiichi Sankyo Co (TYO: 4568) granting Immunic the exclusive right to license a group of compounds, designated by Immunic as IMU-856 in exchange for a one-time option execution payment as well as a range of milestone payments and royalties that will be received by Daiichi Sankyo.