Savara Soars on Grant of Breakthrough Therapy Designation for Molgradex The US Food and Drug Administration‘s decision is based on data from a crucial Phase 3 clinical study named IMPALA, evaluating the safety and efficacy of Molgradex for the treatment of aPAP. The data from the study demonstrates the safety and efficacy of GM-CSF therapy (molgramostim) in treatment of aPAP, through changes in lung pathology, physiology, health status, function, and the systemic response to chronic lung disease. The drug has been found to be more effective when administered continuously as compared to alternate weeks.

“We are pleased that the FDA recognized Molgradex as a breakthrough therapy for the treatment of aPAP, a debilitating rare lung disease with no approved pharmacologic treatment options. We believe this designation reflects the significance of Molgradex as an investigational product that, based on the IMPALA study, has been demonstrated to improve patient outcomes. Breakthrough designation is designed to provide increased collaboration and more frequent dialogue with the FDA and is an important milestone as we work to determine the best path forward for this product”

Furthermore Molgradex is also being evaluated for the treatment of nontuberculous mycobacterial lung infection in a phase IIa clinical trial, the results of which are expected to be announced in Q1, 2020. The Company has initiated the enrollment of patients in a study involving individuals with NTM in Cystic Fibrosis. 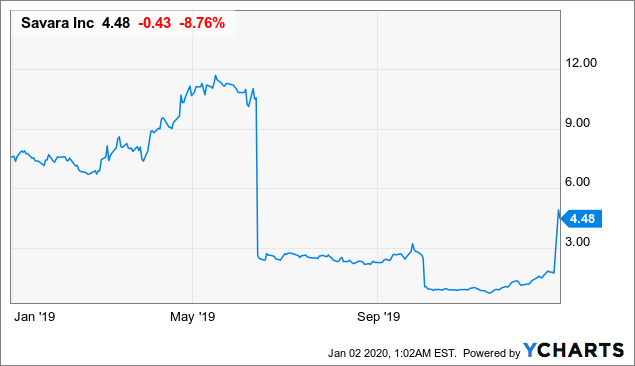 Autoimmune Pulmonary Alveolar Proteinosis (aPAP) is a rare autoimmune disorder that affects the lungs and is characterized by dry chronic cough, fatigue, chest pain, weight loss cyanosis, pulmonary surfactant accumulation, hypoxemic respiratory failure and increased PAP biomarkers. In addition the disease can also result in Polycythemia, increased infection risk and pulmonary fibrosis. The disease is caused by IgG antibodies that block the granulocyte-Macrophage Colony Stimulating Factor (GM-CSF) effect, a protein that aids in the clearance of surfactant by alveolar macrophages. The malfunctioning of GM-CSF leads to accumulation of surfactant in the alveoli and eventually causes shortness of breath and difficulty in breathing.

According to data, Autoimmune Pulmonary Alveolar Proteinosis (aPAP) occurs in 6-7 people per million individuals in the general population and accounts for 85 – 90 % of all cases.

Pulmonary Alveolar Proteinosis can also manifest in the form of congenital PAP, hereditary PAP and secondary PAP. The treatment for some forms of the condition is a lung lavage. According to the NIH, one-third of individuals with idiopathic PAP will undergo a spontaneous remission. The last resort for severe PAP cases is lung transplantation, however PAP has been found to reoccur even in patients who have received lung transplantation.

Emerging treatment options such as Recombinant granulocyte macrophage-colony stimulating factor (GM-CSF), to be inhaled through the nose or injected through a subcutaneous injection, is being deemed as a potential treatment for PAP and has shown to overcome the limitations of conventional treatment options.

SAVARA’s area of interest is rare lung diseases with unmet needs. The company is developing a portfolio of products, targeted towards an array of illness by developing/acquiring novel product candidates, and successfully advancing them to approvals and commercialization.

The company’s lead drug candidate for the treatment of cystic fibrosis is AEROVANC (vancomycin hydrochloride inhalation powder) an inhaled dry powder form of vancomycin to treat Methicillin-resistant Staphylococcus aureus (MRSA) lung infection, that seeks to fill the gap in the market for an inhaled MRSA antibiotic.

Vancomycin is directly delivered to the site of infection in the lungs improving its efficacy and minimal side-effects owing to lower systemic drug exposure as compared to IV antibiotic treatment. The company has other drugs in the pipeline such as Molgradex, which is in Phase 2a clinical study named OPTIMA for nontuberculous mycobacteria lung infection and in preparation for Phase 2a development in cystic fibrosis.

In its quest to build a portfolio of first-in-class products the company has acquired aerosolized amikacin/fosfomycin, a proprietary combination antibiotic that is phase 2 ready, and has demonstrated potent and broad-spectrum antibacterial activity against highly drug resistant pathogens. Molgradex has been awarded an orphan drug designation by the FDA in the U.S and the E.U, for the treatment of PAP, while AeroVanc has been granted Orphan Drug Designation and Qualified Infectious Disease Product (QIPD) status for the treatment of persistent MRSA lung infection in the U.S and E.U.

The company has also partnered with the PAP foundation to extend support for patient education and expand the patient registry.

As per the Q3 financial results the company reported cash, cash equivalents & short-term investment securities amounting to approximately $106.3 million. It also has an outstanding loan and security agreement of $ 25 million. The Company believes that it has sufficient funds to complete its clinical trials and carry on its operations until 2021.