Epilepsy also known as “seizure disorder” is the fourth most common neurological disorder. This chronic condition affects 65 million people worldwide. The U.S has 3.4 million people living with this condition, with 1 in 26 people developing epilepsy over their lifetime. 150,000 new cases are diagnosed each year in the U.S alone according to data released by CDC.

Anti-Convulsants or Anti-Epileptic Drugs (AED’s) are mainly used for the treatment of this illness. The major drawback of AED’s hitherto was lack of patient adherence caused by severe side-effects. The anti-epileptic market has undergone a positive change over the years with introduction of new generation AED’s such as vigabatrin, felbamate, gabapentin, lamotrigine, tiagabine, topiramate, levetiracetam, oxcarbazepine, zonisamide, pregabalin, rufinamide and lacosamide which have improved tolerability and safety profiles.

The anti-epileptic drug industry which was valued at $8.4 billion in 2017 is expected to grow at a CAGR of 2.7% to reach $9.5 billion by 2022 according to a report published by BBC Research. The biggest drivers of growth in the market are impending patent expiration, rise in geriatric population, and higher incidences of head injuries, brain cancer, and substance abuse. The constraints faced by the industry include high costs and unavailability of convenient dosage forms, concerns about generic substitution, pharmacogenomics predicting certain ethnic groups having adverse effects and the risk of suicide in certain patients with underlying mental disorders.

We take a look at some companies that aim to transform the anticonvulsants / anti-epileptic therapeutic space with some first-in-class technological advancements. 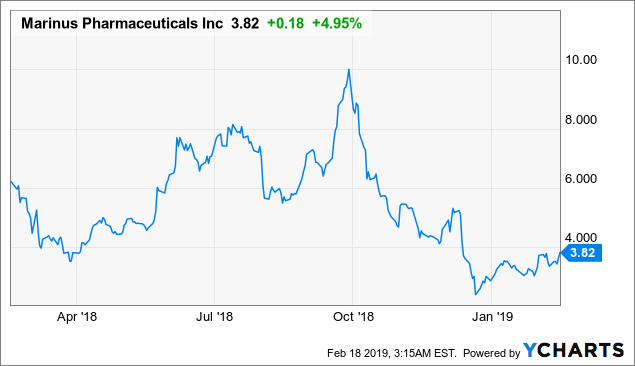 The company is also studying the application of GABAA receptors in areas such as CDKL5 deficiency disorder, postpartum depression and refractory status epilepticus. The company is conducting phase III clinical trials for oral ganaxolone in children and young adults with CDKL5 Deficiency Disorder (CDD).  The company holds a patent for nanoparticulate composition for solid and liquid oral dose forms of ganaxolone till 2026. It also holds a synthesis intellectual property right protection for cost-effective manufacturing of ganaxolone.

As per its Q3 financial results, the company had cash, cash equivalents and investments balance of $39.6 million as on September 30,2018, which it believes are adequate to fund its operations into 2020. The company made an underwritten public offering of 12,000,000 shares of common stock at a price of $3.75 per share or a total size of $45.0 million. The underwriters participating in the offering have a 30-day option to purchase up to an additional 1,800,000 shares of common stock. The net proceeds received from the sale of its common stock will be used for preclinical and clinical development of ganaxolone. 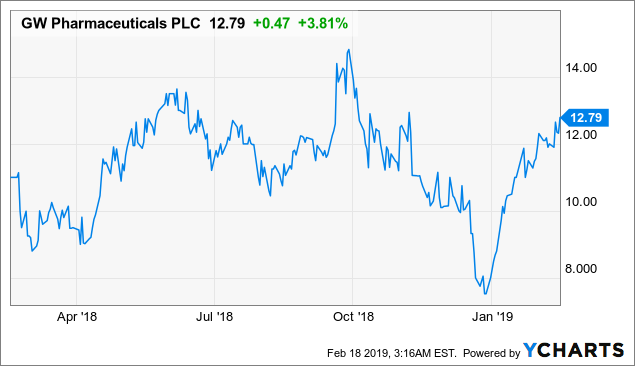 The company redefined the plant-based medicine space by introduction of plant-derived cannabinoid therapeutic named “Epidiolex”, a purified cannabinoid to be taken in the oral form for seizures associated with Lennox-Gastaut syndrome or Dravet syndrome. This is the first and only FDA approved cannabinoid medicine, the company has also applied for an approval from the European Medicines Agency (EMA). The product enjoys 7-year orphan exclusivity in the U.S. It has also been granted patents for the use of CBD in Epilepsy by the USPTO which will expire in 2035.

The company had previously developed Sativex® (delta-9-tetrahydrocannibinol and cannabidiol in the EU; nabiximols in the US) for the treatment of spasticity due to multiple sclerosis. The company’s lead product is the liquid formulation of highly purified CBD. The company is currently undertaking various clinical studies to study the application of CBD in areas such as Autism, Schizophrenia, Rett Syndrome, Glioblastoma and Neonatal Hypoxic-Ischemic Encephalopathy (NHIE).

The company has also received approval from major coverage policies such as Express Scripts which has 30 million accounts. In fact 4 out of 5 U.S payers have agreed to cover Epidiolex, which suggests that its US$32,500 per annum is not deemed high. 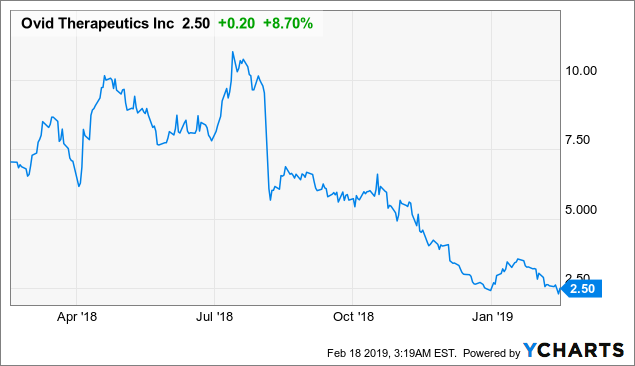 The company’s lead drug programs that are presently under Phase II clinical trial are delta-selective GABAAreceptor agonists named OV101 and OV935 which are aimed at the treatment of Angelman syndrome and Fragile X syndrome. The other prominent drug candidates in Phase II trials are OV935 a CH24H inhibitor meant for the treatment of developmental and Epileptic Encephalopathies and OV329 an oral GABAAaminotransferase inhibitor for treatment-resistant epilepsy.

The company has been awarded patents for its OV101, by the USPTO, which expire in 2035 along with orphan drug status and fast track designations by the FDA.

It has a licensing agreement with Takeda Pharmaceutical Company limited for co-development of OV935 / TAK-935 for treatment of rare paediatric epilepsies wherein the companies share 50 percent of all development expenses and potential future revenues. It also has collaboration with Lundbeck for global licensing agreement for OV101.  The company is seeking to enter licensing opportunities or partnerships outside U.S for OV101 that could also provide potential non-dilutive forms of capital.

According to the Q3 financial results of the company, cash, cash equivalents and short-term investments totalled $52.5 million as on 30 September 2018. 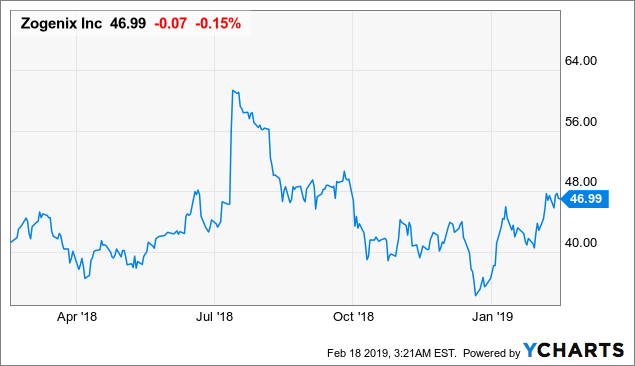 A pharmaceutical company that seeks to address unmet needs in the central Nervous System disorders field, presently its area of focus is ZX008 (low-dose fenfluramine), its lead product candidate in Phase III clinical trials for treatment of seizures associated with Dravet syndrome. It initiated a New Drug Application (NDA) with the FDA for FINTEPLA (low-dose fenfluramine). The company plans to launch the product in the European market as well.

ZX008 has completed two positive pivotal phase III trials for treatment of Dravet Syndrome, while it is currently in Global Phase III trial stage for Lennox Gastaut Syndrome. The company has tied up with leading third-party contract manufacturing organisations having good manufacturing practises for outsourcing production.  Its proprietary synthesis technology is awaiting a patent. The company holds 4 patents for the method of treatment of Dravet syndrome with ZX008 that will expire in 2033. It also intends to apply for an orphan drug status that will offer 7 years of market exclusivity in the U.S.

The company made an underwritten public offering of 6,700,000 shares, plus an additional 1,005,000 shares of common stock with a 30-day option to the underwriters, at $37.50 per share through which it earned $293 million in net proceeds that will help the Company for next stage of growth. 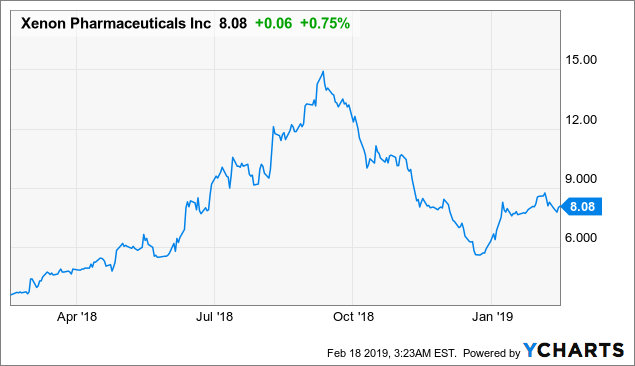 A clinical stage biopharmaceutical company, Xenon has four unique lead candidates XEN496, XEN1101, XEN901 and XEN007 that use precision medicine approach to treat chronic neurological conditions including epilepsy. The company’s forte lies in developing highly-selective small-molecule ion channel inhibitors that can target ion channels selectively. It area of focus is human channelopathies where it seeks to build on its competence of identifying new binding sites on ion channels leading to discovery of highly selective voltage-gated sodium channel inhibitors with improved safety profiles. It has collaborated with Genentech for the aforementioned purpose.

Xenon has been awarded an orphan drug designation (ODD) from the FDA for XEN496 as a treatment of KCNQ2-EE otherwise known as EIEE7, a chronic and rare neurodevelopment disorder which results in seizures and developmental impairment. It also has an ODD from the FDA for XEN007 for the treatment of HM hemiplegic migraine (HM) and alternating hemiplegia of childhood (AHC).

As per the company’s Q3 financial results, cash and cash equivalents and marketable securities balance as on September 30, 2018 were $127.1 million, compared to $43.7 million as of December 31, 2017, which the company believes are sufficient for funding operations into 2021. It also made a $ 6 million one-time payment to Bausch Health for buy-out of all future milestone payments and royalties owed to Bausch Health with respect to the XEN1101 program. As per the company, its pharmaceutical collaborations with Genentech (member of Roche Group) and Essex Chemie AG (an affiliate of Merck & Co) have fetched over $160.0 million in non-equity funding along with future milestone payments, as well as royalties on product sales.