The Augmented Reality Company is on a roll with Major Deals in the Sports and Fitness Arena. 11 Jun The Augmented Reality Company is on a roll with Major Deals in the Sports and Fitness Arena.

Imagination Park Technologies Inc. (CSE: IP) (OTCQB: IPNFF), an augmented reality (AR) platform, announced that it has acquired XenoHolographic. The transaction involved the transfer of 6,915,600 million shares to Interknowlogy, in exchange for 100% of XenoHolographic, including intellectual property and patents. XenoHolograpic is a developer of cloud based software tools that integrate augmented reality to deliver holographic interactions.

There is a growing confidence in the company’s shares which so far has been flying under the radar. Last year saw the stock crash to record lows; however it seems to be faring better in 2019, with the stock recovering some of its losses based on positive news pertaining to a series of lucrative deals. These deals are likely to pave way for more such offerings in the future and also give it an opportunity to leverage its technology by entering similar licensing agreements. 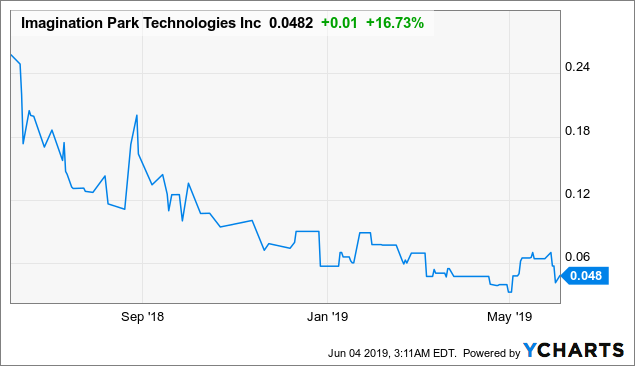 The augmented reality market that was estimated to be worth USD 3.33 billion in 2015 is projected to grow at a CAGR of 85.2% from 2016 to 2021 to reach USD 133.78 billion by 2021, according to a report by Zion Market Research. The growth will primarily by driven by the gaming, entertainment and retail industries that seek innovative and unique promotional media to differentiate themselves from the competition.

In addition, factors such as demand for digitally enhanced reality for game development, increasing usage of smartphones, need for redefining customer engagement; manufacturing support and quality assurance are some of the areas that have contributed to AR being adapted globally. The increased demand from aerospace and defense organizations worldwide, coupled with the blooming e-commerce sector, will further propel the growth in the AR market.

It is evident that the need of the hour is innovative and cutting-edge content that allows the users environment to be converted into a virtual market place for products and services.

It has also earned a contract from the Naismith Memorial Basketball Hall of Fame, for creating an augmented reality (AR) experience for the donors of its fund raising event, using its XenoHolographic™ product suite. In addition, it also won a contract from Erie Seawolves Minor League Baseball Team, to bring augmented reality experiences to the UPMC Park and the city of Erie, Pennsylvania, making it the first Minor League Baseball (MiLB) to offer AR for fan engagement on their iOS or Android mobile devices. It is also working with Orange Theory Fitness to create an augmented reality (“AR”) platform to attract new members and retain the existing ones. It has launched a campaign to advertise its association with the Wonder Woman run series, powered by a customized AR campaign by Imagination Park Technologies .

In March 2019, the company signed an agreement with Microsoft, for the utilization of Microsoft Azure, to power the cloud-based augmented reality platform XenoHolographic.

Imagination offers solutions in multiple areas that call for innovative customer engagement, novel information dispersal techniques and creation of visual and emotional connect with the customer.

In the Retail Sector, it allows the customer to browse through information related to products and services and improve their overall experience. The data captured through AR can offer novel insights to retailers and help predict the customer’s tastes and preferences leading to better in-store management, driving product and pricing promotions and increase in overall revenues.

One of the most fascinating applications of AR is in the sports and event management field, where it offers the possibility of enhancing ticketing sales, sponsorship revenue and fan engagement by generating content for scavenger hunts and promotional giveaways.

It can also be used to advertise or promote a brand and create an emotional connect with the target customers. The content can be customized according to specific requirements to include logos, catalogs, brand packaging and seasonal promotions.

Its application can even be extended to fund raising and charity events that involve the creation of video content, to influence people to donate. Museums are now using this technology to provide information about exhibits to their patrons and for promotions on digital media.

We believe that considering the deals that the company has signed this year, including the ones with Naismith Memorial Basketball Hall of Fame, Erie Seawolves Minor League Baseball Team, and Orange Theory Fitness, its future holds great promise. Its acquisition of a five patent portfolio, will further serve to consolidate its position in the market, by offering highly-engaging differentiated user content.

It is constantly creating updates for its Augmented Reality applications, XenoPlayTM and XenoCloudTM, to inculcate new features & functions that make them relevant and contribute to their growing demand.

The company’s offerings include XenoHolographic Augmented Reality Platform; XenoMark, an AR content activation mobile app, XenoPlay, an AR mobile browser app that can help in customer engagement and XenoCloud, a content management system that stores data and analytics pertaining to AR activations, rewards and branding. In January 2019, Imagination Park Entertainment changed its name to Imagination Park Technologies. It was founded in 2011 and is headquartered at Vancouver, Canada.