Three Cheers for the Most Promising Cannabis-Infused Beverages! 16 Aug Three Cheers for the Most Promising Cannabis-Infused Beverages!

The growing acceptance of Marijuana and CDB-based products has given birth to various niche industries. There are numerous companies that offer CDB–based products such as oils, topical lotions, bath salts, edibles, aromatherapy, you name it and chances are that there is already someone offering the product in the market. There is growing competition in the field and this has led to innovations and pushing the envelopes to capture and even create new markets for the product.

CBD on the other hand, has several powerful anti-inflammatory, analgesic, neuroprotective and anti-anxiety properties, which explains its growing popularity to treat a plethora of medical conditions.  Unlike THC, CBD does not have any psychotropic effects and hence is widely preferred. It is increasingly being used to treat conditions such as cancer, cardiovascular anomalies, arthritis, anxiety, depression and Insomnia. In addition, it has also been proven to possess neuroprotective benefits that can treat diseases such as seizures, Multiple Sclerosis (MS), Alzheimer’s, Parkinson’s and Schizophrenia to name a few.

The U.S, where the use of cannabis has only been legalized in 33 states for medical use and 11 states for recreational use, is one of the largest untapped markets for Cannabis, with an estimated value of over USD 11.9 billion in 2018, which is likely to grow at a CAGR of 24.1% from 2019 to 2025. There have been series of mergers and acquisitions in the Cannabis space, which have seen consolidation of major players such as Aurora Cannabis (NYSE: ACB), Canopy Growth (NYSE: CGC) , Curaleaf (OTCQX: CURLF) etc, in the anticipation of legalization of marijuana in the U.S by the end of 2019. 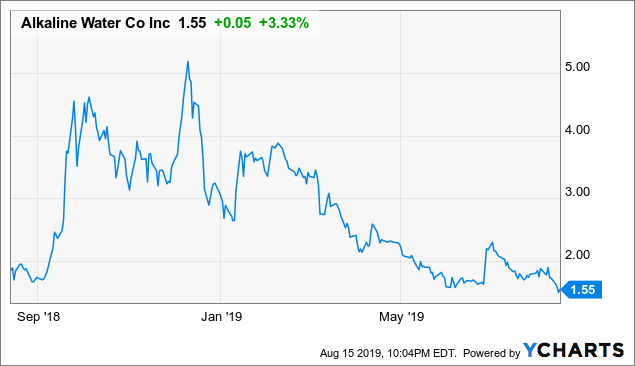 The company that manufactures Alkaline88® Himalayan mineral-enhanced alkaline water, intends to launch a range of natural hemp-extract based waters containing cannabidiol. In November 2018, A88 infused beverage division, Inc, its wholly owned subsidiary, entered into an agreement with Infusion Biosciences, Inc to use its proprietary Aqueous Phytorecovery Process (“APP”) technology to introduce the first water-soluble, full-spectrum range of bioactive natural hemp extract molecules to U.S. consumers according to a company statement. The technology allows the company to remain loyal to its commitment of offering “clean beverages”, as it allows it to infuse water-soluble cannabinoids, without resorting to the use of any additives or chemicals. The technology also facilitates rapid absorption of the CBD through the stomach and intestine. Aqueous Phytorecovery Process (“APP”) technology allows use of proprietary reagents to combine novel ingredients, which are ready-to-consume along with the full-spectrum features of bioactive cannabinoids and terpenes from hemp.

Alkaline Water Company has a very strong retail presence with a network of over 50,000 retailers in all 50 states, including national retailers such as Safeway/Albertsons, Wal-Mart (OTCQX: WMMVY), Kroger (NYSE: KR), CVS (NYSE: CVS), and other top regional and local supermarket chains. The company’s plan is to come up with natural, refreshing flavors that can enhance the natural taste of its proprietary alkaline water, and provide relaxation from use of hemp-extracts minus THC, thereby eliminating the “high”.

The company is the leading cannabis-infused beverage brand in the U.S, leading a category innovation with its unique range of CBD sodas, which are infused with 20mg of the highest quality CBD sourced from the finest quality hemp crops grown in Colorado and North Carolina. Sprig comes in four variants namely Citrus Original, Citrus Zero Sugar, Lemon Tea Zero Sugar and Melon Zero Sugar. The company has created a very strong nation-wide distribution network, with groceries, restaurants, convenience stores carrying its products.

In September 2018, Sprig expanded its distribution footprint to four new states namely New York, Florida, Nevada and Illinois, cementing its already strong retail presence in key markets. The company develops and markets an award-winning THC-infused soda through the dispensaries in the state of California, in addition to its CBD-infused soda. It also has an online presence in form of its website www.drinksprig.com.

The company has raised over $2.8 million so far. It is on an expansion spree, with its foray into eight new markets, in addition to being sold in a total of 17 states with over 4,000 accounts. The product is distributed by independent Anheuser-Busch (NYSE: BUD) and Pepsi wholesalers (NASDAQ: PEP). Sprig has managed to strengthen its supply chain, infrastructure, and distribution network in anticipation of the legalization of marijuana. 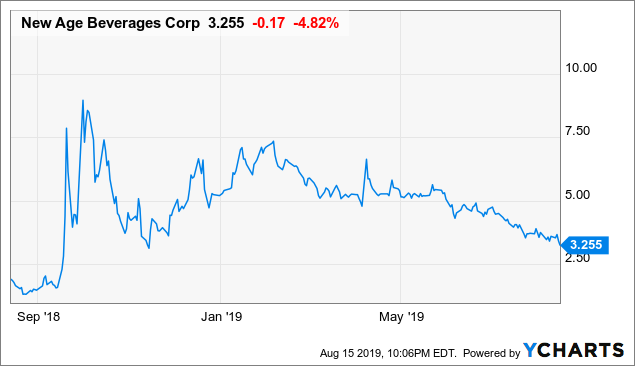 In January 2019, New Age Beverage, one of the leading players in the organic and natural beverage industry, announced the signing of an agreement with Docklight Brands and Bob Marley’s family to develop and market Marley branded cannabis-infused beverages. The agreement included expansion to all markets within U.S, Japan, Mexico, Hungary, and Uruguay as well as to encompass new products including CBD-infused shots, with plans to introduce more flavors and forms in the future.

The Marley Mellow Mood range of relaxation teas is available in a 15.5oz can and the range is likely to be expanded to include ready-to-drink (RTD) shots. The CDB infused shots will complement its recent foray into CBD creams, lotions, and topicals using an omni-channel approach, by expanding its presence across e-commerce, traditional retail, medical, and the direct-to-consumer channels as per a company statement. The company is working closely with retailers to expand and launch its Marley+CBD beverages in United States, Japan, and other key markets. The company was to launch this product in 2019, but has faced delays due to regulatory uncertainties, pushing the launch to 2020.

In April 2019, the company launched a portfolio of CBD-based topical across 60 markets worldwide including the U.S, with an aim to capture a majority share of the global CBD market, using an Omni-channel approach. The products are being marketed under the ‘NHANCED brand name. 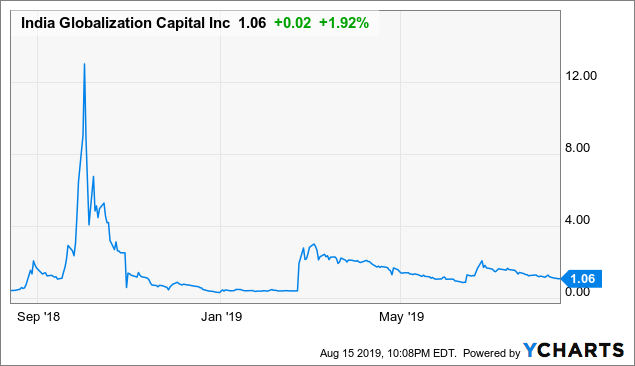 The company has two businesses namely Infrastructure and Medical Cannabiniod-based products. It has created a range for medical solutions for patients with Alzheimer’s, Parkinson’s, chronic pain and even a line for pets. In September 2019, the company announced its foray into a branded, hemp/CBD sugar-free energy drink under the brand name “Nitro G”. The drink will be a combination of its proprietary Hyalolex with the technology and product of their Malaysian Partner, bringing to the table their combined expertise in microencapsulation, solubility, infusion, controlled dose delivery, and sugar free processes, and addressing the need for an energy drink that is safe and natural. The company filed for a provisional method and composition patent application (IGC-509) with the U.S PTO in October 2018 for the treatment of fatigue and energy restoration. The Patent covers the method and composition BD and other cannabis extracts, and the non-cannabis components of the Malaysian sugar free “Nitro G” energy drink according to a company statement.

IGC can now discuss the formulation of the CDB Drink with manufacturers and processors in U.S, Canada and other countries where Marijuana is legal. The company is planning to import the base concentrate of “Nitro G” from Malaysia and add the cannabidiol (CBD) or hemp oil, carry out the testing, bottling, branding and other processing in the U.S or Canada, to make the product compliant with local regulation.

The company has also entered into a distribution and partnership agreement for its line of hemp and CBD-infused energy drinks, including a sugar free, energy drink called ‘Nitro G’, with an undisclosed company. The deal involves the payment of 797,000 shares of common stock, for a 10-year agreement, with an option for multiple 5-year extensions that will allow the company the right to market the products in the U.S., Canada, Mexico and South America. In addition it will also gain exclusive global rights to all developed CBD-infused products.

Recess develops and distributes Sparkling water, infused with hemp extract and its proprietary adaptogen, which are completely natural and help adapt to stress and relax the mind. The product is a combination of natural ingredients such as Hemp, American Ginseng, L-Theanine and Schisandra, all known for their revigorating, calmative and soothing properties. It is manufactured in a variety of fruity flavors such as Blackberry Chai, Peach Ginger and Pomegranate Hibiscus. The company transitioned from an exclusive online presence to the brick-and-mortar store format in February 2019, by opening a retail store in New York. It has plans to diversify into other Cannabis-based areas and does not want to be limited to being just a beverage company. Recess has also plans to roll out vending machines across the country, in addition to opening more stores in prominent locations such as Los Angeles.

The company has raised over $3 million in funds till date from undisclosed investors. The drink is produced at Drink More Good’s facility in East Fishkill.

- Emerging Paradigms in the treatment of NASH (Non-Alcoholic Steatohepatitis)