Top Innovations in the Treatment of Methylmalonic Acidemia (MMA) 10 Aug Top Innovations in the Treatment of Methylmalonic Acidemia (MMA)

Methylmalonic Acidemia, a rare inherited disease that occurs in an estimated 1 in 50,000 to 100,000 people, is characterized by the inability of the body to process proteins and lipids effectively. This disease mostly affects infants leading to hypotonia, hepatomegaly and in severe cases failure to thrive. It also has several long-term complications such as developmental disability, chronic kidney disease and pancreatitis that can lead to death if left untreated. This disorder is caused due to mutations in the MMUT, MMAA, MMAB, MMADHC, and MCEE genes which also determine its severity and long-term implications. However, MMUT gene is the leading cause of the disease with over 60% of the cases being attributed to its malfunctioning. This gene is responsible for producing the enzyme named methylmalonyl CoA mutase which interacts with Vitamin B12 (cobalamin) to break down amino acids, lipids and cholesterol. Mutations in this gene can inhibit the production of this enzyme leading to accumulation of methylmalonyl CoA and other toxic compounds in vital organs.

In severe cases, no functional enzymes are produced leading to a condition called mut0.  that has very poor outcomes. This disease follows an autosomal recessive pattern, with the parents acting as carriers of one copy of the mutated gene. An elevated C3 acylcarnitine is one of the indicators of this disease, other methods of diagnosis use genetic testing as well.

New Born screening is recommended and takes into account the final diagnosis in an infant with a positive newborn screening result. Owing to the extremely rare nature of this disease there are chances of a delayed diagnosis owing to very low awareness levels about this condition. Methylmalonic Acidemia usually starts manifesting when proteins are added to the diet during the first year of birth.

We take a look at some of the most promising developments in this field. 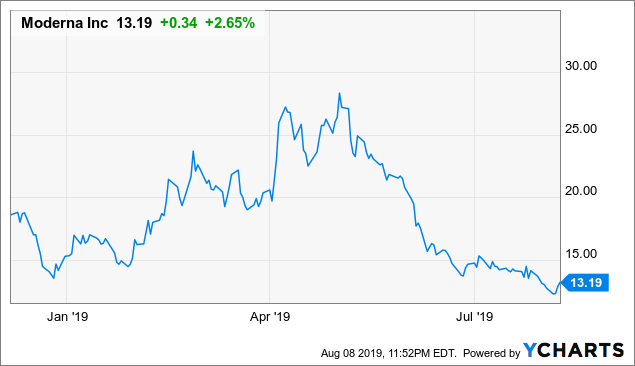 Moderna is developing mRNA-3704 for the treatment of Methylmalonic Acidemia, which is currently undergoing a phase 1/2 open label study to evaluate its safety and efficacy. The company uses its proprietary mRNA platform to discover and create novel solutions across indications such as prophylactic vaccine development, personalized cancer vaccine, intra-tumoral immune-oncology and localized regenerative medicine to name a few.

The company has developed a unique mRNA sequence that codes for a protein, and encompasses knowledge of mRNA biology, chemistry, formulation & delivery, bioinformatics and protein engineering to address unmet needs in critical areas.

The Platform offers great flexibility and wide applicability; by changing the sequence of the genetic code it can combine different mRNA sequences for different proteins in a single mRNA medicine. It has a drug design studio, which can develop mRNA within a very short period of time, using a proprietary Sequence Designer module, bioinformatics algorithms and its modular synthesis robotics, making it a pioneering Digital Biotech Company™. The company has built a robust and diverse network of strategic collaborations with pharmaceutical and biotechnology organisation, in addition to government entities and research organisations to leverage its mRNA platform for drug discovery and development. Some of its collaborations are with AstraZeneca (NYSE: AZN), Merck (NYSE: MRK), Vertex (NASDAQ: VRTX), BARDA, DARPA and Bill and Melinda gates foundation. 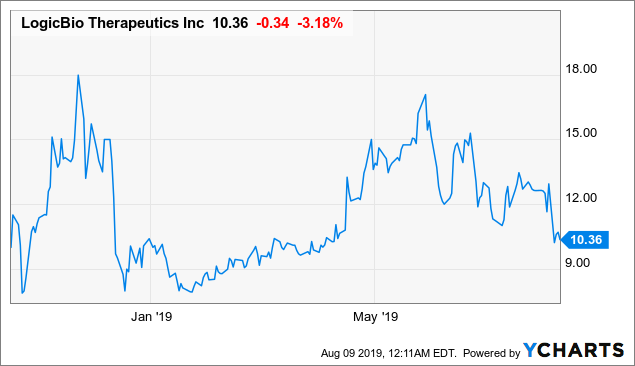 This technology offers numerous advantages over traditional therapeutic approaches; firstly by introducing the corrective gene into the patient’s genome at a precise point, it becomes an integral part of the DNA and leads to a more durable effect something that the conventional gene therapy does not offer. LB-001 is a GeneRide vector for pediatric patients who suffer from methylmalonic acidemia (MMA) which has demonstrated the ability to improve protein tolerance and growth and reduce toxic metabolites in mice during clinical studies. LB-can integrate a functioning version of the malfunctioning MUT gene into the genome of patients thereby offering a survival advantage over cells not expressing the transgene. 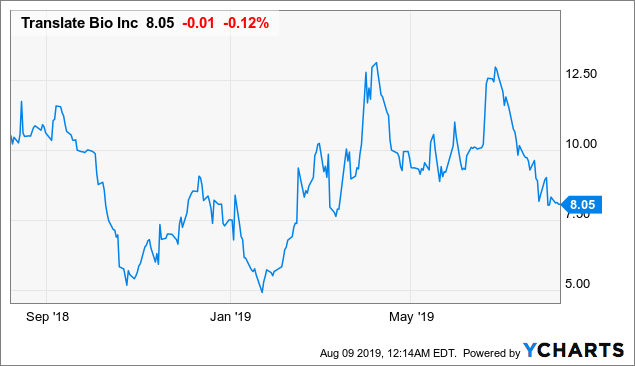 Translate Bio is an mRNA focused biotechnology company that aims to transform the protein and gene dysfunction disease space. Its proprietary mRNA platform (MRTTM), can deliver encoded functional proteins to dysfunctional cells thereby restoring their functionality and balance. Through its proprietary technology, mRNA is encapsulated in a lipid nanoparticle and delivered to the target cell enabling the cell’s latent machinery to translate it and use it to improve protein function. MRT5201 is its lead candidate for for the treatment of OTC deficiency and other inherited metabolic disorders. The Investigational New Drug Application (IND) submission for MRT5201, indicated for the treatment of OTC deficiency is currently on hold by the FDA for want of more clinical and non-clinical information, which the company seeks to address and bring to a quick resolution. In fact the company has already completed additional preclinical studies as instructed by the FDA and intends to file the data by Q4.2019.

The company which was hitherto known as RaNA Therapeutics, acquired the messenger RNA (mRNA) therapy platform from Shire plc, to enhance its ability to correct a wide array of disease genotypes irrespective of mutations and overcome its limitations in accessing new targets. The company acquired Shire plc’s programs in cystic fibrosis and ornithine transcarbamylase (OTC) deficiency, a urea cycle disorder.

As part of its drug development initiative the company has two lead programs namely mRNA therapy for Cystic Fibrosis that seeks to restructure the CFTR pathway and restore its ability to produce healthy protein by replacing the defect in the CFTR gene irrespective of the type of mutation and OTC protein production in the liver for treating Ornithine transcarbamylase (OTC) deficiency, a singular genetic metabolism defect and a common urea-cycle disorder.

The company is also trying to leverage its mRNA technology platform for targeting disease in areas such as CNS disorders, ocular diseases and blood disorders. Its initial efforts are targeted towards restoring the expression of intracellular and transmembrane proteins, a relatively unexplored area with a huge unmet need.

The company has a licensing and collaboration agreement with Sanofi Pasteur for development of mRNA vaccines for up to five infectious disease pathogens. It received a $45 million upfront payment from Sanofi (NASDAQ: SNY) in lieu of the same.

In the pipeline are MRT5005, which can deliver mRNA encoded fully functional cystic fibrosis transmembrane conductance regulator (CFTR) protein to the lung. It received an orphan drug designation by the FDA in 2015 and is currently in clinical trials. 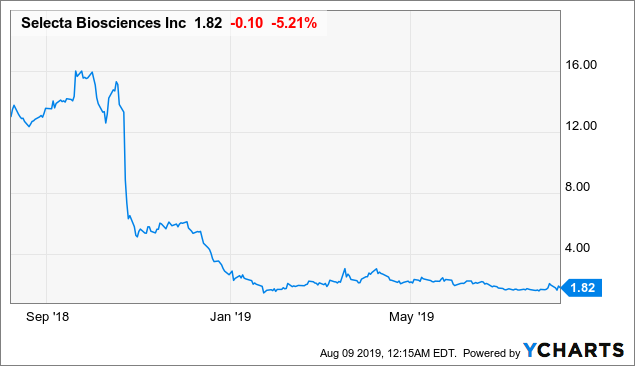 Selecta is leveraging its proprietary immune tolerance platform technology (ImmTOR), to create biologic therapies that can offer novel solutions for diseases, with large unmet medical needs. The company is targeting rare diseases that have a high immunogenicity, to create a pipeline aimed at therapeutic enzyme and gene therapy product candidates.

The company has promising results from its preclinical trials that demonstrate the ability of repeated co-administration of Anc80-Mut, a rationally engineered AAV vector encoding the methylmalonic CoA transgene, and ImmTOR™ was well-tolerated and led to complete inhibition of IgG antibodies as per a company statement. It also showed a sustained reduction of MMA levels, a higher liver cell DNA copy number and a normalized weight gain in mice models. This offers hope to patients with MMA.

In September 2018, the company entered collaboration with CureCN, a European consortium to develop an ImmTOR+AAV gene therapy combination product for the treatment of Criggler-Najjar Syndrome. CureCN is likely to carry out the preclinical toxicology studies in the first half of 2019, followed by a combination product candidate that will enter the clinic in the second half of the year.

The company’s proprietary ImmTOR therapy stimulates a selective immune tolerance, by prompting the dendritic cells to create T regulatory cells, which in turn make the immune system more responsive to biologic therapies. This mechanism is extremely important for gene therapies that use the adeno-associated virus (AAV) vectors, as neutralizing antibodies (Nabs) are created in response to AAV vector administration, which makes it impossible to repeat the process in patients who need multiple doses.

This technology is ground-breaking, as it allows for determining an optimal dose for patients who require multiple administrations, and also overcomes the problem of non-replicating AAV vectors, that lose their transgene expression as time passes and pediatric patients grow.