Upcoming Catalysts Make BioCryst Pharmaceuticals a Stock to Watch Out for! 04 Feb Upcoming Catalysts Make BioCryst Pharmaceuticals a Stock to Watch Out for!

Posted at 09:22h in Biotechnology by admin 0 Comments
4 Likes
Share

Shares of BioCryst Pharmaceuticals, Inc. (NASDAQ: BCRX) are rallying after a discussion in r/wallstreetbets called it the “most undervalued stock in the market.” In January 2021, the Company had reported the grant of a marketing and manufacturing approval for oral, once-daily ORLADEYO™ (berotralstat) 150 mg for prophylactic treatment of hereditary angioedema (HAE) in adults and paediatric patients 12 years and older in Japan. The Company will be commercializing the candidate through Torii Pharmaceutical Co. (4551.T), Ltd, its partner in Japan, while OrphanPacific, its representative partner holds the marketing authorization.

ORLADEYO™ (berotralstat) is a first-in-class oral therapy for treatment of hereditary angioedema (HAE) induced attacks in adults and paediatric patients 12 years and older and works by inhibiting the activity of plasma kallikrein. Currently the drugs used for the treatment of the condition are all intravenously administered, and the candidate promises improvement both in the ease of administration and cost of treatment.

“Today’s approval of ORLADEYO in Japan represents important progress towards our goal to bring an oral, once-daily treatment to HAE patients around the world. Thank you to the HAE patients who participated in our APeX-J trial, to the investigators who conducted it, and to Torii and OrphanPacific for their partnership to achieve this milestone to offer a much-needed new treatment option to HAE patients and physicians in Japan.”

The candidate received an orphan drug and Sakigake designation in Japan based on APeX-J and APeX-2 clinical trials, which met their primary endpoints of safety and tolerability. In addition, it has also received approval from the U.S. Food & Drug Administration (FDA) in the U.S in December 2020. The European Medicines Agency (EMA) has validated its marketing authorization application (MAA) submission and a formal approval is expected in Q2,2021.

In Japan ORLADEYO™ (berotralstat) will be launched upon completion of BioCryst’s pricing negotiations with the Japanese National Health Insurance System (NHI). The Company is now eligible to receive $15 million in additional milestone payments from Torii, subject to the successful completion of the above mentioned negotiations and will also receive tiered royalties ranging from 20 percent to potentially 40 percent of Japanese net sales as per the Company. 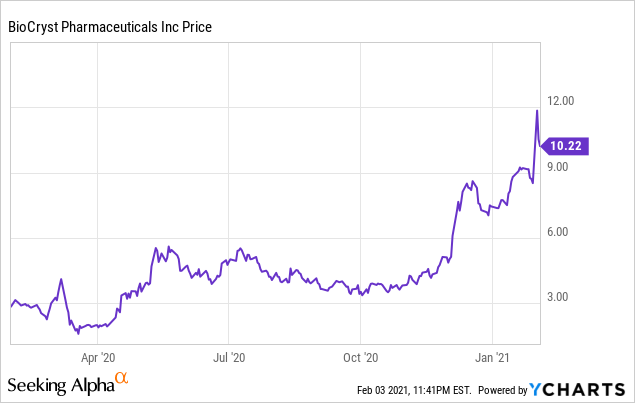 Hereditary Angioedema is a genetic disorder that causes recurrent swelling in the skin, gastrointestinal tract and upper airway. The disorder is caused by mutation in the C1NH gene that regulates the C1 inhibitor protein, and is categorised into Type I, Type II and Type III and is marked by deficiency of C1 inhibitor and dysfunction of C1 inhibitor and unknown source respectively. The disease manifests itself in the form of painful swelling in the face, hands, legs and other parts of the body that can cause temporary disfigurement. Additional symptoms include nausea, vomiting, diarrhoea, abdominal pain and depend on what part of the body is affected. In severe case the disorder may cause obstruction in the upper airway and prove fatal.

The attacks can develop at any age, however, are first experienced in childhood and adolescence. The frequency and severity differ from person to person, and the treatment options are currently limited to alleviating the symptoms and reducing the frequency through therapy. According to a report by Industry Research the Hereditary Angioedema market is expected to reach 3.829 Billion USD in 2025, growing at a CAGR of 9.7%  from  2.197 Billion USD in 2019. Lack of awareness and improper diagnosis are some of the challenges faced by the industry, while increased research and development by pharmaceutical drug manufacturers to address the large unmet need in the field will drive the growth in the field. BioCryst follows a structure-guided design approach that involves creating synthetic compounds to target active sites of proteins, whose dysfunction causes diseases. The Company uses a combination of traditional biology, medicinal chemistry and advanced techniques like x-ray crystallography, computer modelling of molecular structures, virtual screening, and protein biophysical chemistry to arrive at a clear idea of the three-dimensional structure of the active enzyme. The initial focus of the Company is on two rare diseases namely Hereditary angioedema and Fibrodysplasia ossificans progressiva (FOP). BioCryst has an FDA approved antiviral drug Rapivab, which is used for the treatment of acute uncomplicated flu in patients who are two years and older. The Company has another drug in its pipeline, namely Galidesivir, which has demonstrated the potential to fight numerous families of viruses. The drug has successfully completed phase I clinical study and has passed safety tests in humans. The candidate was primarily developed for treating Ebola but will now be developed to focus on biodefense threats, such as Marburg virus disease according to the Company.

Galidesivir (BCX4430) is a nucleoside RNA polymerase inhibitor, which can disrupt the viral replication and the ability to fight multiple threats at once. The candidate is being developed as a broad-spectrum antiviral under the Animal Rule for the treatment of viruses that pose a threat to health and national security. The drug has demonstrated survival benefits against multiple serious pathogens including Ebola, Marburg, Yellow Fever and Zika viruses and has been able to establish a safety and tolerability in humans. In addition, the candidate has been able to show broad-spectrum activity in vitro against more than 20 ribonucleic acid (RNA) viruses belonging to nine different families, including filoviruses, togaviruses, bunyaviruses, arenaviruses, paramyxoviruses, coronaviruses and flaviviruses as per the Company. Galidesivir is being developed in association with U.S. Government Agencies such as the National Institute of Allergy and Infectious Diseases (NIAID) and has received funding amounting to $39.5 million. Furthermore, the Company is also collaborating with Biomedical Advanced Research and Development Authority (BARDA) for the development of galidesivir as a potential treatment for diseases caused by RNA pathogens, including filoviruses.

- Can back-to-back Contract Wins Help IZEA Stand Out from the Competition?