Vuzix Corporation, (NASDAQ: VUZI) a Smart-Glasses and Augmented Reality (AR) Technology Company, which was awarded the Consumer Electronics Show (or CES) awards for innovation for the years 2005 to 2019, has secured a follow-on order from 1Minuut Innovation, a Dutch Medical Healthcare innovator, which offers highly secured video-streaming and recording mobile service platform named Genzõ that allows users to access medical expertise for wound care, by acting as a bridge between a wound care specialist and on site care practitioner, overcoming the barriers of distance or location.

The Vuzix smart glasses when used in combination with Genzõ, allow the medical practitioner to receive visual and voice feedback, even allowing the option to point to specific areas on the screen or provide textual assistance by an expert, even when based out of a distant or remote location. The use of Augmented Reality (AR) allows the integration of policies and protocols during telemedicine sessions. In fact Genzo uses ‘HIPAA compliant equivalent’ Dutch based HL7 FHIR to provide patient data. 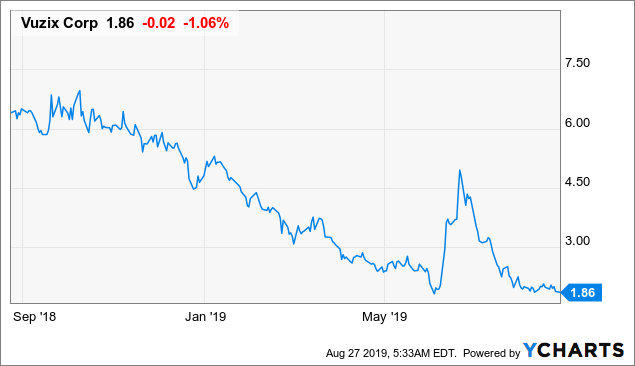 “Currently Vuzix is our exclusive smart glasses provider. The Vuzix M300XL Smart Glasses has been a success for us and our customers. With the enhanced performance and capabilities of the upcoming Vuzix M400 Smart Glasses, we anticipate larger and faster customer rollouts.”

The Augmented Reality Market that was estimated to be worth USD 3.33 billion in 2015 is projected to grow at a CAGR of 85.2% from 2016 to 2021 to reach USD 133.78 billion by 2021, according to a report by Zion Market Research. The growth will primarily be driven by the gaming, entertainment and retail industries that seek innovative and unique promotional media to differentiate themselves from the competition.

In addition, factors such as demand for digitally enhanced reality for game development, increasing usage of smartphones, need for redefining customer engagement; manufacturing support and quality assurance are some of the areas that have contributed to AR being adapted globally. The increased demand from Aerospace and defense organizations worldwide, coupled with the blooming e-commerce sector, will further propel the growth in the AR market.

Healthcare and Medicine is another field that is greatly benefitting from the use of AR, by improving access to quality practitioners through tools such as Telemedicine, facilitating 3D visualization for training purposes, improve diagnostic and surgical capabilities by providing real-time access to patient information. According to an estimate by Market Research Future, the global augmented reality in the healthcare market will be worth approximately USD 1.32 billion by 2023, growing at a CAGR of 23% during 2017-2023.

Vuzix is making a name for itself as a developer and supplier of smart glasses that incorporate Augmented Reality, to offer highly differentiated  personal display and wearable computing devices for both enterprise and consumer markets. The company designs and manufactures devices that can be worn as eyeglasses, which are equipped with built-in video screens, to display interactive video and digital content.

The company’s product offerings include Smart and Augmented Reality Glasses, Video iWear (Eyewear), head mounted displays or HMDs, which are compact, portable and are fitted with virtual, large high-resolution screens, with the ability to connect with mobile electronic devices, including cell phones, laptop computers, tablets, and portable media players and gaming systems. These products are categorized into Smart Glasses and Video Viewing glasses, which are offered as monocular or binocular display systems.

The company offers Tele-Medicine solutions that can connect on site clinicians with remote practitioners, who may be in remote locations or at home. Vuzix enables the streaming of high quality video/audio, and real-life projections to be made, through the use of its smart glasses in combination with tele-medicine software. It offers its products to companies such as UBiMAX, Borchesia, Satchel, Prusight, Third Health Eye, besides 1minuut.

Furthermore, the company recently announced the availability of the DJI Drone App on the Vuzix Blade Smart Glasses, compatible with DJI Drone including Mavic Pro, Mavic Air and Spark. The drone can be controlled by any DJI remote controller through a USB cable or via WIFI and can offer hands-free navigational feedback and a live video feed through the glasses.

We believe that Vuzix is emerging as a front-runner in the field of AR incorporated wearable devices, which is poised to be the future of technology. There is a growing adaptation of AR by numerous fields, which presents a multi-billion dollar potential for its products and services.  The company is trying to diversify its offerings by targeting numerous industries and markets that benefit by the use of AI, could help diversify the risk and optimize its revenues.

- THE FUTURE OF HEPATITIS-B TREATMENT [ MUST WATCH ]