Will LIBRA Create A Financial Utopia or Dystopia? 27 Jun Will LIBRA Create A Financial Utopia or Dystopia?

Posted at 18:34h in Technologies by admin 0 Comments
0 Likes
Share

People around the word may be separated by geographical boundaries, ethnicities and religion but one thing that unites them all is FACEBOOK!

Facebook is ubiquitous, from your neighbour to the neighbourhood supermarket, from your workplace to the bank, everyone has a facebook identity.

15 years ago, when Mark Zuckerberg was questioned by a CNN reporter,

“Is this perhaps the next big thing?”

His answer foreshadows Facebook’s dominance over the internet today. 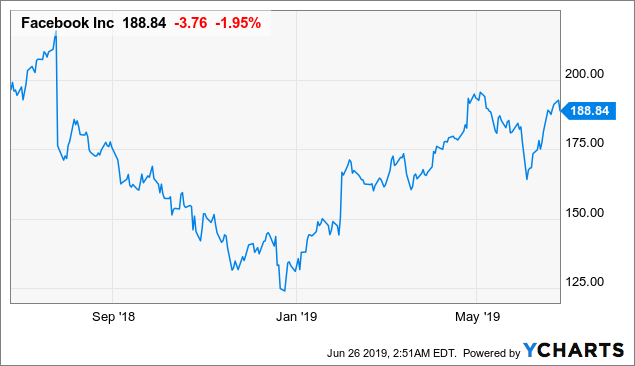 Just when the world thought it couldn’t get any bigger than this, the company announced the launch of “LIBRA”, a global digital currency, which will be managed by the “LIBRA” association, a conglomerate of 27 members from areas such as payment, technology, venture capitalists, nonprofits and telecommunication. Rumours around its Crypto currency initiative started in 2018, with names such as “Global Coin” and “Facebook Coin” being circulated, however a formal declaration was made on June 18, 2019, with an intended launch in 2020.

The news has expectedly met with a lot of criticism and backlash over concerns related to Facebook’s utter disregard of privacy, the security of user data and its monopoly and disruption of financial services, with some predicting a financial apocalypse. Those numbers demonstrate the reach and acceptability of Facebook globally, however what they do not show is the increasingly negative perception of Facebook, which is now consistently associated with Privacy issues, flouting of rules and spreading unrest.

A survery conducted by Ponemon Institute, after Mark Zuckerberg’s congressional hearing in the aftermath of the Cambridge Analytica data breach, revealed that user confidence in the company has seen a startling 66 percent decline. Only 28 percent of those surveyed believed that the company is committed to user privacy, a number which stood at 79 percent in 2017. More alarming is the fact that 9 percent of users had already stopped using Facebook and another 31 percent said they were very likely/likely to stop or to use it less.

Even a slight drop in their user base, could impact their profitability and considering a rising hue and cry about privacy issues with Facebook, which does seem like an eminent possibility.

A scenario, that doesn’t augur well for its grandiose plans for LIBRA.

The idea behind LIBRA is to empower billions of people around the world, by offering them a global currency and financial structure, especially to the 1.7 billion people or 31 percent of the global population that does not have access to financial institutions. It is also aimed at those with access to banks, but affected due to the high cost and time involved in transferring money across borders.

On an average it takes about 3-5 days and 7 percent of the total amount to transfer money through entities such as western union. This initiative seeks to create over 95 million new jobs, add $3.7 trillion to developing economies, and reduce cash-based transactions, which presently constitute over 85% of the transactions and cost nearly $4 more monthly to those who do not have access to banks.

The technology will be accessible to anyone having a smart phone and an internet connection, backed by a reserve that will stabilise volatility, and offer speed and convenience. It can be converted into a normal currency, based on the local exchange rate or used directly to make online transactions. The company will offer LIBRA through exchanges just like normal currencies or by means of applications such as digital wallets and other financial services.

Libra’s founding members are Mastercard (NYSE: MA), PayPal (NASDAQ: PYPL), PayU, Stripe and VISA (NYSE: V) from the payment space, Ebay (NASDAQ: EBAY), Calibra, Booking Holdings (NASDAQ: BKNG), Farfetch (NYSE: FTCH), Lyft (NASDAQ: LYFT), Mercado Pago, Spotify (NYSE: SPOT) and UBER (NYSE: UBER) from the technology space, ILIAD (OTCPK: ILIAY) and Vodafone (NASDAQ: VOD) from the telecommunication space to name a few. It has partners from diverse fields including nonprofits and academic institutions. Each member invests $10 million for a consideration of one vote and will run the validator nodes that operate the blockchain, by validating transactions and securing the network.

It will be backed by a basket of currencies and US treasury securities, in order to curb volatility associated with bitcoin models. The funds for the reserve will be contributed by the members as well the users of LIBRA. The reserves will be invested in low-risk assets, and the interest received will be used to fund the operations of the organisation. The initial investors will also earn a dividend on their investments once the currency takes off and the reserves reach a substantial amount.

A Path Laden with Landmines

All this sounds wonderful on paper; however the news has been met with scepticism and dire predictions. Some of the concerns and objections such as

One of the major criticisms is that allowing Facebook to mint its own currency will reinforce it’s already near-monopoly in social media, making it the poster child of anti-competitive trust issues. It has a track record of stifling any credible competition to its products either by acquiring them, or integrating their most distinguishing features into its app and eliminating them.

The company’s real asset is User Data. The insights that it collects voluntarily from the profiles, shared by the users, are a virtual gold mine of personal information. Its dedication to protecting user privacy is questionable, as proved by multiple cases of data breaches and indiscretions, with little being done by the company in the guise of damage control.

It already shares data with third parties, for placing targeted ads, according to a customer’s preferences on the basis of a profile generated by artificial intelligence driven algorithms. Imagine a scenario, where a customer’s financial information as well their spending habits is served to the company on a platter.

If LIBRA is successful, it will annihilate the traditional banking system, as they do not have access to the customer’s personal information, the way that Facebook does. They will never stand a chance in the consumer payment market due to their inherent focus on utmost privacy and discretion.

“The aim should be to respond to big techs’ entry into financial services so as to benefit from the gains while limiting the risks,” according to Hyun Song Shin, economic adviser and head of research at BIS, the Bank for International Settlements (BIS).

The strongest voice of dissent, however, is from Chris Hughes, a co-founder of Facebook and the co-chair of the Economic Security project, who feels that “If even modestly successful, Libra would hand over much of the control of monetary policy from central banks to these private companies. If global regulators don’t act now, it could very soon be too late.”

Since the news broke out, there have already been instances of scammers luring people with the promise of a pre-Libra currency sale. The move has prompted a hearing from the US House of Representatives in July 2019. Similar concerns have also been echoed by other nations such as France, which is creating an international task force for regulating cryptocurrencies through central banks.

Though the company’s Utopian idea of providing a boundary less, quick and low-cost access to money to those with no access to traditional banking systems is laudable, if there are any lessons to be learnt from history, then the convenience of LIBRA will come at a huge cost to privacy and competition.