Obesity and overweight together are the leading cause of preventable death in the U.S leading to a loss of 47 percent more life years than tobacco and diabetes according to a study published by Cleveland Clinic and New York University School of Medicine.

According to a National Centre for Health Statistics Data brief, obesity affected approximately 93.3 million US adults in 2015 – 2016 amounting to 39.8% of the population. A significant $ 147 billion was incurred as annual medical costs on account of obesity in the U.S. This illness is reaching endemic proportions not only in the U.S but globally as well.

The anti-obesity therapeutic space is extremely challenging as it is marred with high – attrition rate as the rate of drugs transitioning from preclinical to market stage is very low, with almost 80% of the drugs getting terminated before reaching pre-registration as per a market research report published by Grandviewresearch. There is a lot of negative perception associated with long-term use of anti-obesity drugs because of concerns related to severe side-effects such as strokes, suicidal thoughts, depression and cardio vascular implications. These factors are hindering the growth of the market and preventing it from reaching its full potential.

However some companies are striving to overcome these constraints with innovations that will revamp the existing market and translate to better safety profiles, wider acceptance, and rapid growth. 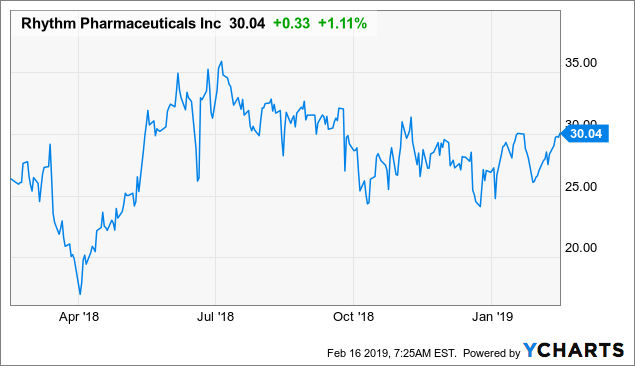 The company’s focal point is their lead product candidate Setmelanotide, a MC4R (melanocortin 4) agonist, aimed at treating genetic disorders of obesity. The company is using its cutting-edge insights into the MC4 pathway for spearheading innovative therapies to treat rare disorders. Setmelanotide can replicate the actions of the natural hormone that activates the MC4R to treat deficiency in genes in the MC4 pathway for morbid obesity by re-establishing appetite and weight control.

The company has been granted an Orphan Drug status and breakthrough therapy designation for Setmelanotide by the FDA for treatment of genetic defects upstream of the MC4 receptor in the leptin-melanocortin pathway. The drug can be used in the treatment of Bardet-Biedl Syndrome, Alström Syndrome, pro-opiomelanocortin (POMC) deficiency obesity and leptin receptor (LEPR) deficiency obesity.

It has been awarded a Priority Medicines (PRIME) designation by the EMA for treatment of obesity associated with pro-opiomelanocortin (POMC) deficiency and leptin receptor (LEPR) deficiency. In the pipeline is RM-853, an oral ghrelin o-acyltransferase (GOAT) inhibitor in preclinical stage for treatment of Prader-Willi syndrome (PWS).

*The patient numbers above are based on company estimates.

The company is currently assessing opportunities to further evaluate setmelanotide in Prader-Willi syndrome (PWS) and plan to pursue these in parallel with the development of RM-853.

It sold its subsidiary company, Motus, which held rights for a ghrelin agonist named Relamorelin (RM-131), a diabetic gastroparesis drug, to Allergan plc (NYSE: AGN) for $200 million in 2016.  In addition, it also received $47 million for Drug and Trial support along with added bonus payment if and when the drug achieves its first commercial sales.

According to its Q3 financial results, as on September 30, 2018, cash, cash equivalents and short-term investments were $272.4 million, as compared to $148.1 million as on December 31, 2017. It earned net proceeds of $163.0 million from its public offering in June 2018 which the company believes to be sufficient for funding its clinical trials and operations into 2020. 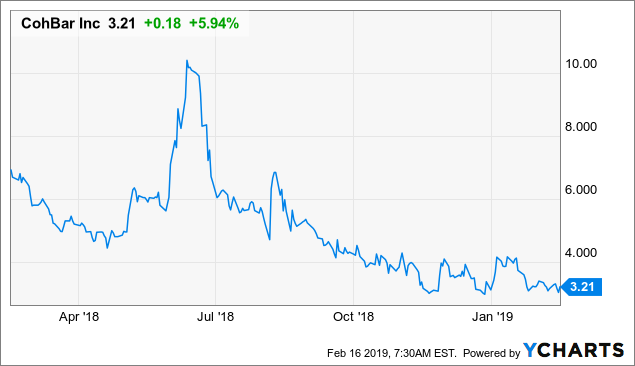 A clinical stage biotechnology company that is developing Mitochondria based therapeutics (MBT’s) to treat metabolic and ageing related dysfunctions such as Obesity, Type2 Diabetes, non-alcoholic steatohepatitis (NASH). CohBar seeks to make breakthrough therapeutics involving its proprietary peptide based technology platform that is designed to identify pertinent peptides encoded within the mitochondrial genome and harness their potential to address unmet medical needs.

The company’s lead program, CB4211, is the first Mitochondria based therapeutics (MBT’s) to enter clinical stage. The CB4211, a unique optimized analog of MOTS-c is the driving force behind the company’s innovation. In clinical trials, CB4211 has shown positive results in treatment of ailments such as NASH, non-alcoholic fatty liver diseases (NAFLD) but most importantly it can help in weight loss through reduction in fat mass in cases of obesity. The data from the Phase 1a/1b safety and biomarker study of CB4211 is expected to be available in early 2019.

In the words of Simon Allen, CohBar’s CEO “We continue to progress CB4211 toward a mid-year clinical entry for our Phase 1a/1b study in obese subjects with NAFLD,”

The company’s co-founder and the man behind the discovery of its lead program CB4211, Dr. Nir Barzilai was recently awarded with the Fondation IPSEN Longevity Prize during the 22nd Geriatric Society of America meeting. Dr. David Sinclair, another co-founder and scientific advisor, was featured among TIME Magazine’s Health Care 50, a profile of fifty people changing healthcare in 2018.

According to the company’s Q3 financial results, the cash and investments balance stood at $24.2 million as on September 30, 2018, compared to $8.4 million on December 31, 2017. The company made a private placement offering in March 2018 for $2.1 million of non-convertible unsecured promissory notes together with warrants to purchase 428,500 shares of common stock. 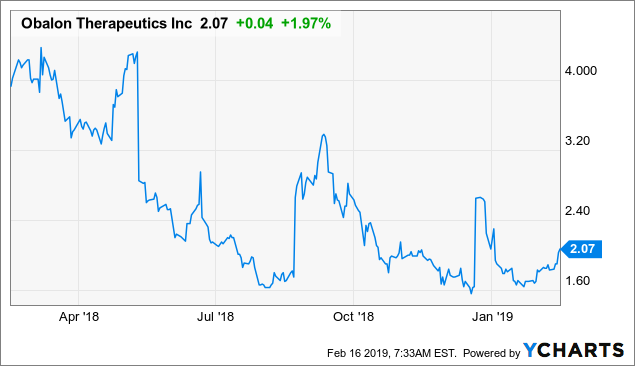 The company produces OBALON, the first and only ingestible 3- balloon system, for weight loss approved by the FDA. This temporary non-surgical intragastric balloon system, when used in conjunction with professionally supervised diet and exercise, can help a patient reduce twice as much weight as through diet and exercise alone. The medical technology company, whose focus is on gastric balloon technology, aims to deliver solutions for weight loss to counter chronic illnesses such as obesity with its advanced technological innovations.

The company has entered into a common stock purchase and registration rights agreement with Lincoln Park Capital (LPC) Fund for up to $20 million. Under the agreement, Obalon can sell up to $20 million worth of shares over a 36-month period. LPC is obligated to make purchases the shares at the prevailing market price and the timing and amount of any future investment will be determined by Obalon. It has also entered into an At-The-Market (ATM) equity offering sales agreement with Canaccord Genuity LLC to issue common shares from treasury at the current market prices up to $ 10 million. The net proceeds of $30 million on account of these two agreements are to be used towards sales and marketing costs, clinical studies, R&D costs etc. 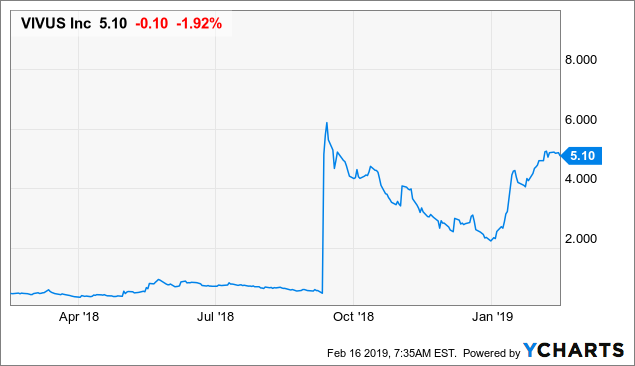 Qsymia® (phentermine and topiramate extended-release) capsule is currently under a Risk Evaluation and Mitigation Strategy (REMS) study as mandated by the FDA to monitor the drug’s potential risks. The company’s products are approved in the U.S, Canada and EU markets as well. 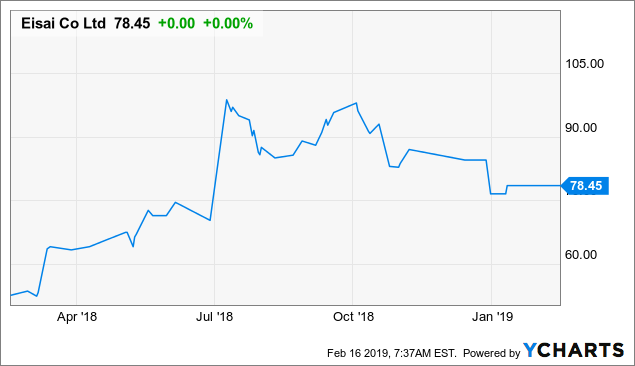 The company’s operations revolve around its adherence to the philosophy of human health care (hhc). The company uses the innovative SECI model (Socialization, Externalization, Combination, and Internalization) to create new knowledge.

The company’s anti-obesity drug BELVIQ® (lorcaserin hydrochloride) was approved by the FDA in 2012 to be used as an adjunct to a proper diet and exercise regimen for chronic weight management in adults. BELVIQ was the first prescription weight-loss treatment approved in the United States in 13 years when it was launched. The product which was discovered and developed by Arena Pharmaceuticals Ltd, uses a selective serotonin 2C (5-HT2C) receptor agonist to control appetite and metabolism.

Eisai Inc., the U.S subsidiary of EISAI Co Ltd., entered into exclusive agreement for marketing and supply of BELVIQ®. The agreement was later amended to include 20 new licensed territories throughout the Americas including Mexico, Brazil and Canada besides the U.S. In January 2017, Eisai acquired all of Arena’s rights to develop and market BELVIQ. The company also constituted the CAMELLIA (Cardiovascular and Metabolic Effects of Lorcaserin in Overweight and Obese Patients) TIMI61 study, the largest double-blind, placebo-controlled, parallel-group Phase IIIB/IV study among weight loss medications to evaluate the incidence of major adverse cardiovascular events (MACE). The study confirmed that BELVIQ did not increase the incidence of MACE, meeting the primary safety objective parameter. In addition it also shows that BELVIQ® (lorcaserin hydrochloride) can improve blood pressure, lipid profiles, blood glucose, renal functions and reduction in conversion to T2DM in patients without diabetes at baseline.