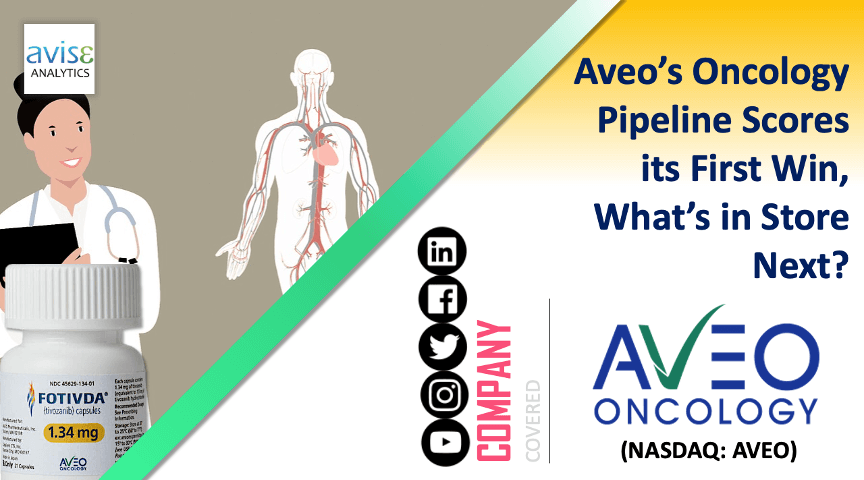 Posted at 11:30h in Biotechnology by admin 0 Comments
5 Likes
Share

Aveo Pharmaceuticals, Inc. (NASDAQ: AVEO) was one of our stock picks this week based on its promising pipeline and an impending FDA approval for FOTIVDA® (tivozanib). The Company has scored a big win with its approval, which not only validates its unique approach but also augurs well for other candidates in its pipeline. The stock jumped by almost 90 percent on the heels of the news, we took a look at the turn of the events and the Company’s pipeline.

“We believe in FOTIVDA’s potential to provide a differentiated treatment option for the growing number of individuals in the U.S. with relapsed or refractory RCC, and today marks the culmination of many years of hard work and determination of many individuals to bring this therapy to patients. With today’s approval, AVEO begins its journey as a commercial-stage company, a noteworthy accomplishment in our industry. On behalf of the entire AVEO team, I would like to thank all the patients, their families, and caregivers whose tireless efforts made this day possible.”

The U.S. Food and Drug Administration (FDA) accepted the New Drug Application (NDA) for tivozanib as a treatment for relapsed or refractory RCC in June 2020, and had assigned a Prescription Drug User Fee Act (PDUFA) target action date of March 31, 2021. The drug has already been approved by the European Commission for treatment of adult patients with advanced RCC in the E.U along with Norway, New Zealand and Iceland.

The Company has already set-in place the commercial infrastructure for the U.S launch of tivozanib and is positive about addressing the challenges posed by third- and fourth-line of treatment, that witness high patient dropouts, by providing them with a more effective and better tolerated treatment option. FOTIVDA will be made available to patients in the U.S. by March 31, 2021.

The approval is based on a Pivotal Phase 3 Study namely, TIVO-3, in addition to three trials in RCC and is supported by safety data from over 1,000 clinical trial subjects. The phase 3 study compared FOTIVDA to sorafenib and had progression-free survival (PFS) as the main efficacy outcome followed by overall survival (OS) and objective response rate (ORR). 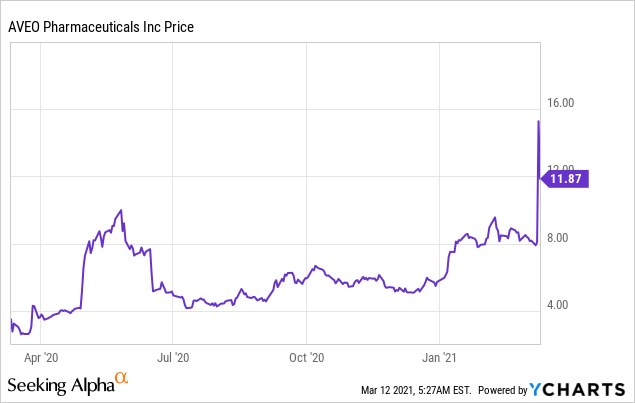 Smoking, obesity, high blood pressure, family history, exposure to toxins at workplace, genetic and hereditary factors are some of the risk factors that can cause RCC. Based on the stage of the cancer, treatment options vary from localized treatment in cases where the cancer is still in the early stages and can be treated by surgery, ablation or radiation therapy to palliative care. Systemic therapies make use of immunotherapy, chemotherapy and other targeted drug treatments to cure the cancer. In extreme cases, palliative care aims to alleviate pain and provide relief to the patient.

According to an estimate by the American Cancer Society, nearly 76,080 new cases of kidney cancer (48,780 in men and 27,300 in women) will be diagnosed in 2021, and over 13,780 people (8,790 men and 4,990 women) will succumb to the disease. The global kidney cancer drugs market size is projected to reach USD 4.5 billion by 2025, growing at a CAGR of 5.64 percent , from USD 3.47 billion in 2020 , according to a report by Market Data Forecast. Increasing investment in research and development, rising awareness and government support and cutting-edge innovation in the form of cytokine-based therapies are some of the drivers of growth in the market. However, the prohibitive cost of treatment and rise of generic drugs are some of the challenges that may hamper the growth in the market.

The Company’s pipeline consists of ficlatuzumab (HGF MAb) being evaluated in squamous cell carcinoma of the head and neck (HNSCC) and metastatic pancreatic ductal cancer (PDAC). AV-203 (CAN017), an ErbB3 (HER3) inhibitory antibody candidate intended for the treatment of advanced solid tumors has completed a Phase 1, open-label, dose-escalation study. The Company has entered into a collaboration and licensing agreement with CANbridge Life Sciences for worldwide rights to AV-203, excluding the United States, Canada, and Mexico.