Can Celsion Hit the Bullseye with GEN-1? 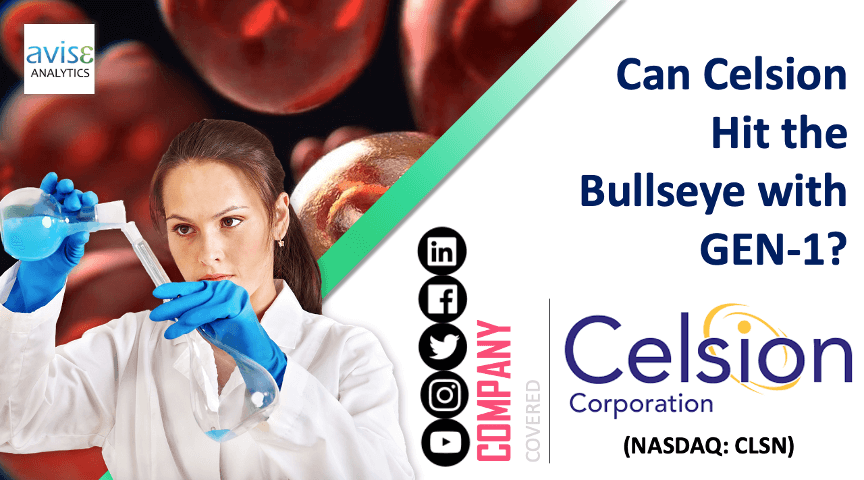 25 Feb Can Celsion Hit the Bullseye with GEN-1?

Posted at 09:07h in Biotechnology by admin 0 Comments
5 Likes
Share

Celsion Corporation (NASDAQ: CLSN) announced the receipt of a Fast-Track Designation from the U.S. Food and Drug Administration (FDA) for GEN-1, its DNA-mediated interleukin-12 (IL-12) immunotherapy that is currently undergoing Phase II trials for the treatment of advanced ovarian cancer. The candidate is an IL-12 DNA plasmid, vector encased in a nanoparticle delivery system, and has been designed using the Company’s proprietary TheraPlas platform technology.

GEN1 had earlier demonstrated safety and tolerability in a Phase I trial when used as a monotherapy or a combination therapy in patients with advanced peritoneally metastasized primary or recurrent ovarian cancer. In addition, it has also completed OVATION I Study, a dose escalation trial, administered in combination with carboplatin and paclitaxel in newly diagnosed ovarian cancer cases.

“Fast Track designation is an important step in developing GEN-1 for advanced ovarian cancer. Presuming the encouraging data we are generating in early clinical studies continues, this designation supports an expedited path to market”. He further added that “We are optimistic that GEN-1 represents a game-changer for women with advanced ovarian cancer who have limited treatment options.”

Gen-1 is currently being evaluated in combination with neoadjuvant chemotherapy (NACT) in patients with newly diagnosed Stage III/IV ovarian cancer. The primary endpoint of the study is a 33% improvement in progression-free survival (PFS) (HR=0.75) compared to administering the standard of care alone (NACT). Data from the Phase I study showed that 88 percent of the patients experienced successful tumor resections, when compared to the tumor resection rate of 50 percent in the NACT-only treatment arm.

Celsion is also devising a next generation vaccine initiative namely Placcine, which uses a combination of immunotherapy and immunogenicity to deliver a single plasmid, multiple SARS-CoV-2 antigens along with interleukin-12 (IL-12), a highly differentiated multivalent approach. 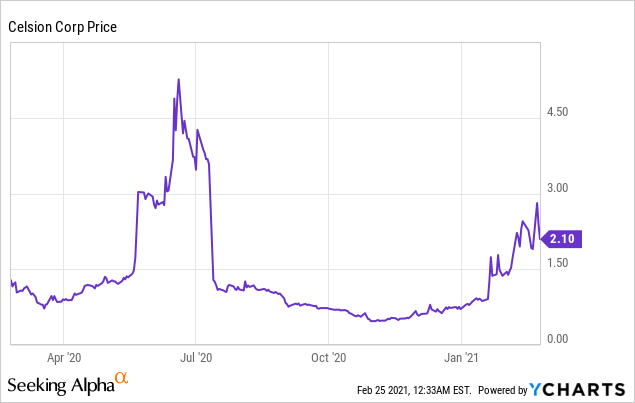 The American Cancer society estimates that in 2019, there will be around 22.530 new diagnoses of Ovarian Cancer and 13,980 women will succumb to the disease. It is the fifth largest cause for death in women, with over 1 in 78 chances of acquiring this disease during one’s lifetime.

The risk factors include menopause-related hormone therapy, obesity, delayed pregnancy, fertility treatments, and a family history; lynch syndrome, inherited BRCA genetic mutations to name a few. Currently there are no definitive screening tests available for ovarian cancer, which acts as an impediment for early detection and treatment. TVUS (transvaginal ultrasound) and CA-125 blood tests are used to detect ovarian cancer, but are unreliable and ineffective.

According to a report by Grand View Research, the global ovarian cancer drugs market is expected to reach USD 4.5 billion by 2022, growing at a CAGR of 23.7%. A rising geriatric population coupled with improper lifestyle habits is fuelling the growth in the market. Scientific advancements such as non-platinum-based PARP inhibitors, VEGF inhibitors, and development of biologic or small molecule therapies are changing the treatment landscape.

Celsion is focused on creating a highly differentiated portfolio of cancer treatments that include directed chemotherapies, DNA-mediated immunotherapy, and RNA-based therapies. The Company has three platform technologies namely LTSL, TheraPlas and TheraSilence that are being leveraged to develop a range of therapeutics to combat difficult-to-treat cancers.

ThermoDox is the Company’s lead drug candidate and uses LTSL (lysolipid thermally sensitive liposome) technology to encapsulate doxorubicin. The drug is delivered through IV infusion and is intended to be used in combination with heat-based treatments, such as radiofrequency thermal ablation (RFA), microwave hyperthermia, or high-intensity focused ultrasound (HIFU), to deliver 25 times more doxorubicin into tumors than IV and 5 times more doxorubicin than standard liposomal formulations. The candidate is being evaluated in a phase 3 clinical study in combination with standardized RFA (sRFA ≥45) in primary liver cancer, with overall survival (OS) as its primary endpoint.

TheraPlas, a synthetic nonviral delivery platform for DNA and messenger RNA (mRNA) therapeutics is a unique approach in improving the safety and efficacy of gene-based therapies. Gen-1, the first product designed using this innovative technology, combines TheraPlas with the interleukin-12 (IL-12) plasmid, and is currently being evaluated in clinical studies in ovarian cancer and glioblastoma multiforme (GBM).

- Can Workhorse Maintain its Winning Streak at the Market?

- Investing in Super League Gaming Inc? Here’s what you should know!