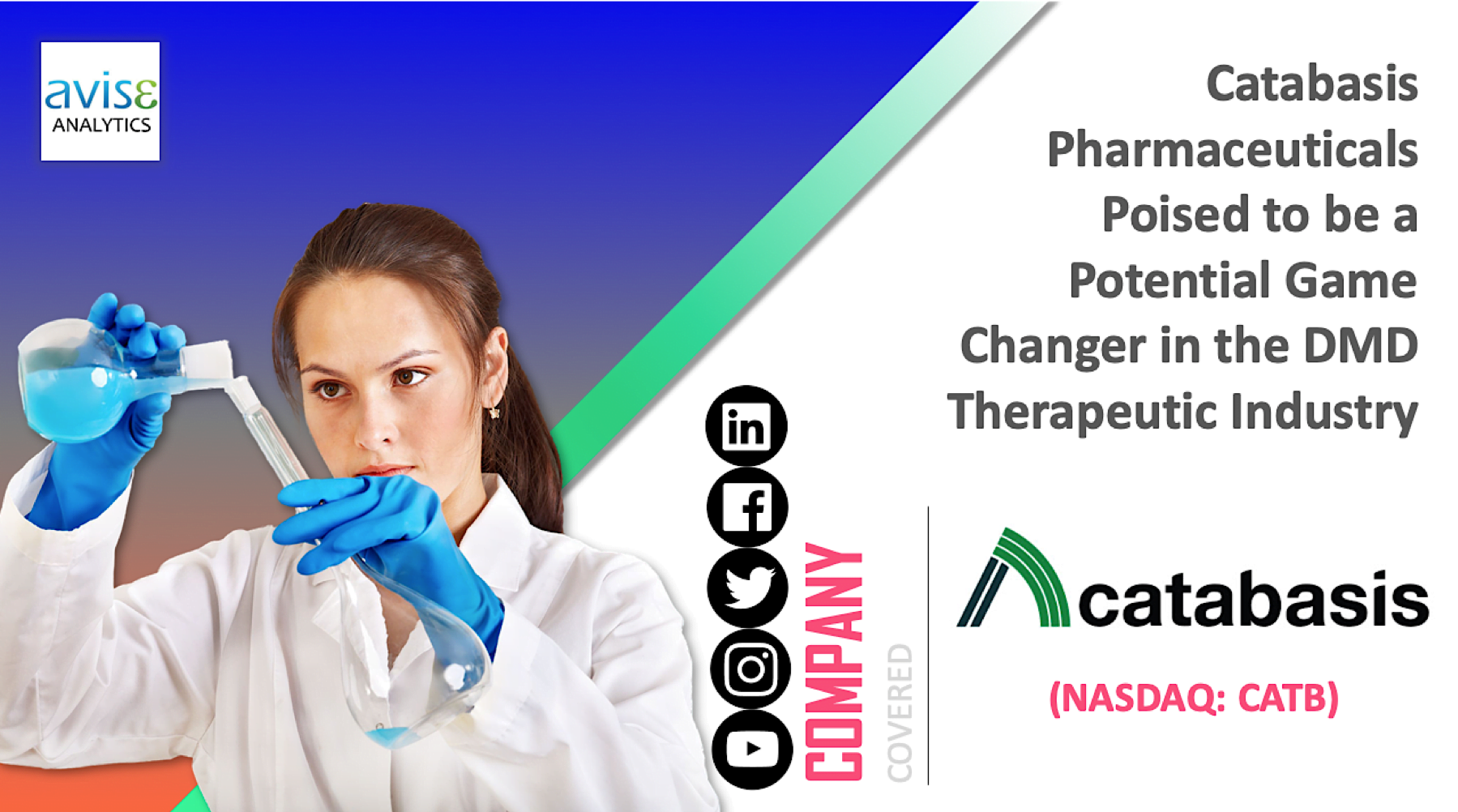 Posted at 10:00h in Biotechnology by admin 0 Comments
3 Likes
Share

The Study will be exploratory in nature and evaluate the safety, pharmacokinetics and efficacy including cardiac, skeletal muscle and pulmonary function, in an estimated 16 non-ambulatory patients aged 10 years and above. The patients have to be off steroids for at least six months and can participate regardless of the mutation type. Once a patient completes the trial, he will have the option of enrolling in Catabasis’s new open-label extension named study GalaxyDMD to receive edasalonexent.

Edasalonexent is currently being evaluated in an ongoing phase III clinical trial, namely PolarisDMD study, the topline data from which is expected to be announced in Q4, 2020. In addition, the Company has also initiated GalaxyDMD in March 2019, with the intention of providing long-term safety data to fulfil the requirements of registration filings. 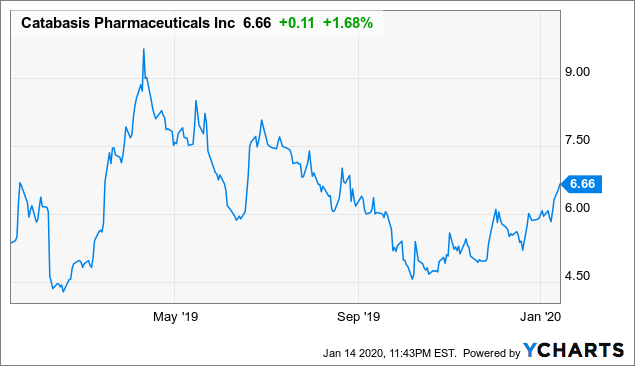 However the emergence of new mechanisms of action such as NF-κB inhibition, Gene therapy, and Exosome technology can redefine the therapeutic industry.

Catabasis Pharmaceuticals lead candidate for the treatment of Duchenne Muscular Dystrophy (DMD) is Edasalonexent that can inhibit NF-κ, and has shown to preserve muscle function, improve skeletal health and slowdown the disease progression in DMD. It is currently conducting Phase 3 clinical trials and has received an Orphan drug designation, a fast track designation and rare paediatric disease designation from the FDA, in addition to receiving the Orphan Medicinal Product designation by the EMA.

The chronic activation of NF-kB in DMD, due to a lack of dystrophin, causes skeletal and cardiac muscle disease progression. Edasalonexent has the potential to mitigate muscle damage and promote muscle regeneration due to its ability to inhibit NF-kB. 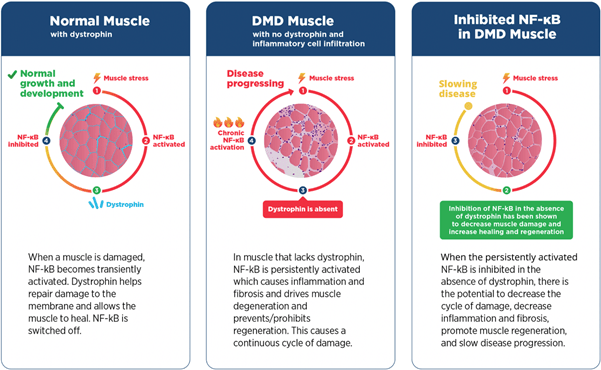 It’s SMART (Safely Metabolized And Rationally Targeted) Linker drug discovery platform enables it to re-engineer molecules in the disease pathways, and thus increase the efficiency of bioactives, by allowing them to combine two separate bioactives whose pharmacological activity is already known. 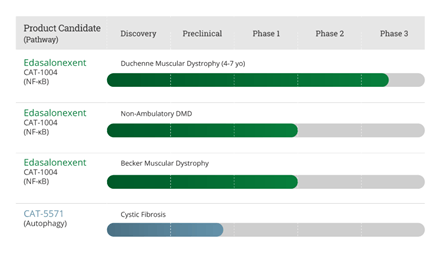 In the pipeline is CAT-5571 an oral small molecule for the treatment of cystic fibrosis (CF) which has the potential to restore host defence by activating autophagy, a crucial mechanism that recycles cellular components and digesting pathogens, which is dysfunctional in patients with cystic fibrosis. In addition CAT-5571 has the ability to improve the clearance of pathogens such as P. aeruginosa and B. cenocepacia, which are responsible for causing chronic infections and respiratory failure in people with CF.