Companies In Focus In The Type 2 Diabetes Market 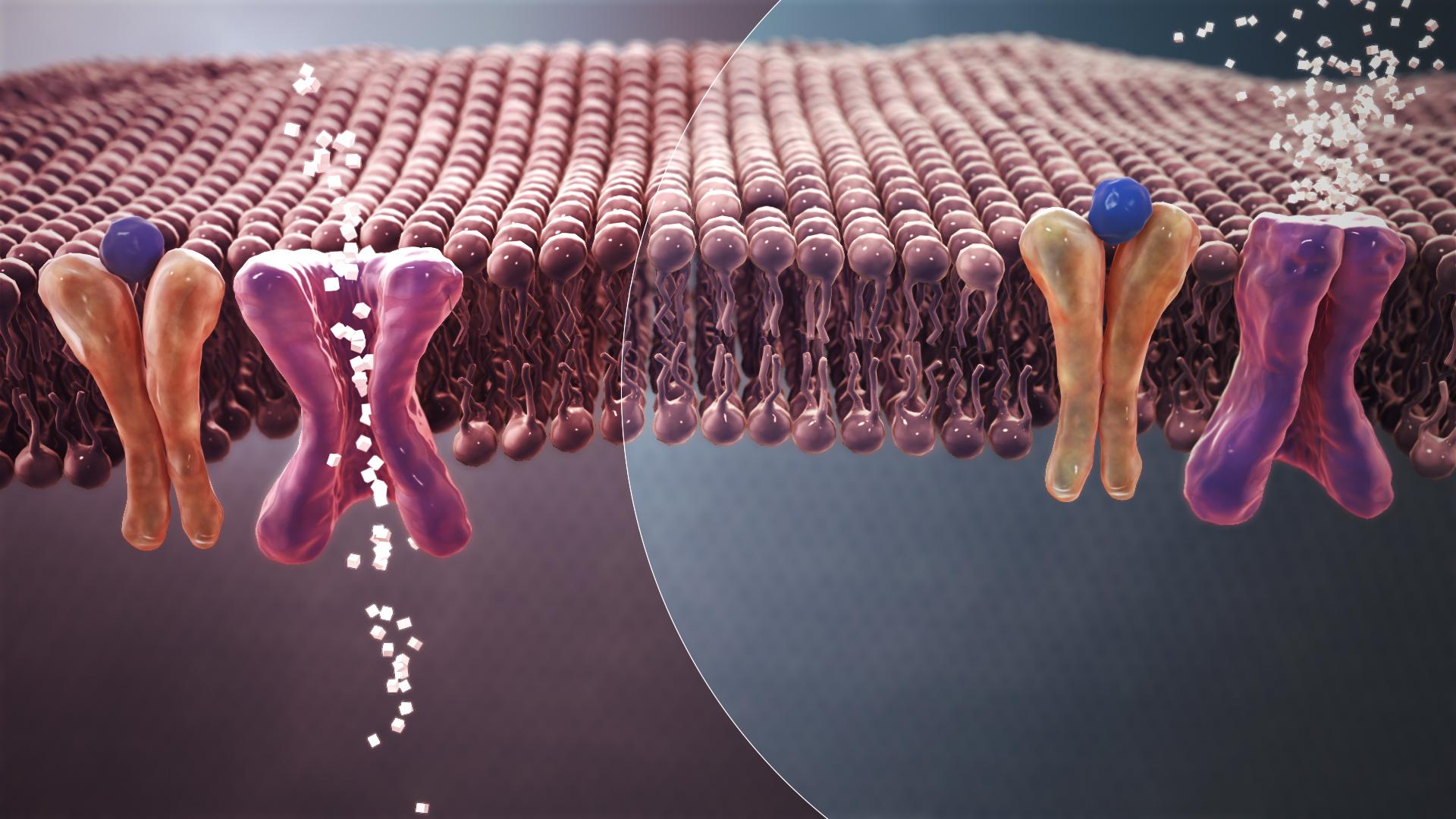 24 Jan Companies In Focus In The Type 2 Diabetes Market

Diabetes is a silent killer which is slowly reaching endemic proportions in developed as well as developing countries. The rise in obesity, sedentary lifestyles, poor dietary choices, stress and lack of exercise will see the number of incidences of Diabetes rise in the future. According to the International Diabetes Federation, the number of people living with diabetes will rise to 629 million by 2045, from 425 million adults (20-79 years) in 2017. In the U.S alone, the people living with diabetes are set to increase from 58 million in 2017 to 67 million by 2045.

The increased awareness about the long-term complications caused by diabetes, along with the rise in co-morbidities such as cardiovascular, renal and neuropathic complications is set to propel the growth in the segment from $26.8 billion in 2016 to around $64 billion by 2026 according to a research by GLOBALDATA titled “Type 2 Diabetes – Global Drug Forecast and Market Analysis to 2026.” In spite of the market being dominated by generic drugs such as metformin and similar drugs being in developmental stage, the market is projected to achieve a CAGR of 8.4% as per the same report.

Metformin is the first line of treatment adopted by doctors due to its minimal long-term side-effect profile, while there are other treatment options available such as sulfonylureas (SUs) , these are being replaced by therapeutics involving DPP-4Is, GLP-1RAs, SGLT-Is which have a far safer side-effect profile and other benefits such as improved cardio vascular health, weight loss etc. The industry has a huge unmet potential for novel patented products that can overcome the limitations of existing therapeutics options.

We take a look at 5 companies that are pushing the envelope to bring in novel solutions for existing unmet needs in the type 2 diabetes therapeutic markets. 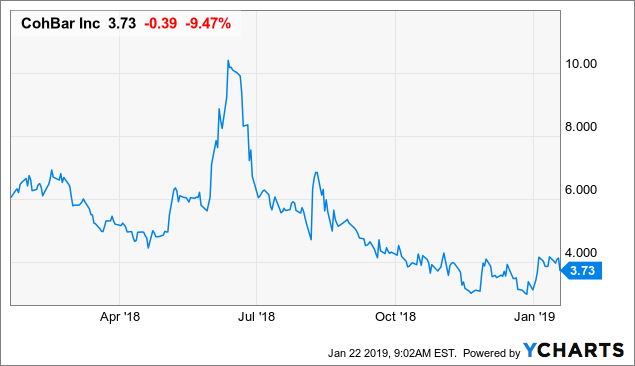 A clinical stage biotechnology company that is developing Mitochondria based therapeutics (MBT’s) to treat metabolic and ageing related dysfunctions such as Type2 Diabetes, non-alcoholic steatohepatitis (NASH), obesity, etc., CohBar Inc. seeks to make breakthrough therapeutics involving its proprietary peptide based technology platform that is designed to identify pertinent peptides encoded within the mitochondrial genome and harness their potential to address unmet medical needs.

The company’s lead program, CB4211, is the first Mitochondria based therapeutics (MBT’s) to enter clinical stage. The CB4211, a unique optimized analog of MOTS-c is the driving force behind the company’s innovation. In clinical trials, CB4211 has shown positive results in treatment of ailments such as NASH, non-alcoholic fatty liver diseases (NAFLD) and weight loss through reduction in fat mass in cases of obesity. The data from the Phase 1a/1b safety and biomarker study of CB4211 is expected to be available in early 2019.

The company’s co-founder and the man behind the discovery of its lead program CB4211, Dr. Nir Barzilai was recently awarded with the Foundation IPSEN Longevity Prize during the 22nd Geriatric Society of America meeting. Dr. David Sinclair another co-founder and scientific advisor was featured among TIME Magazine’s Health Care 50, a profile of fifty people changing healthcare in 2018.

This biopharmaceutical company recently published a study reporting the discovery of liver selective glucokinase, a molecule which, when taken orally, demonstrates positive results in Phase II trials conducted on patients with type 2 diabetes and could be a potential new treatment for the condition.

vTv uses its proprietary TTP Translational Technology, which is a fully automated and integrated process, that translates genomic and proteomic data into promising small molecule therapeutics. The company is currently developing its lead program, Azeliragon (TTP448), a rage antagonist for Alzheimer’s that is in Phase 3 Clinical trials. It is also conducting Phase II trials on TTP399, a Glucokinase Activator and TTP273 an Oral GLP-1r Agonist for treatment of Type 2 Diabetes. Encouraged by the positive results in clinical trials for TTP399 in Type 2 Diabetes, the company is also conducting similar Phase 2 trials for Type 1 Diabetes. It also has some more agonists and HexoKinase inhibitors under phase I and phase II trials.

It has a licensing agreement with Huadong pharmaceuticals for the China/Pacific Rim rights for the Type 2 diabetes drug candidate. As per the company’s Q3 financial results, it reported cash and cash equivalents balance of $3.8 million as on September 30, 2018, compared to $1.2 million as on June 30, 2018. 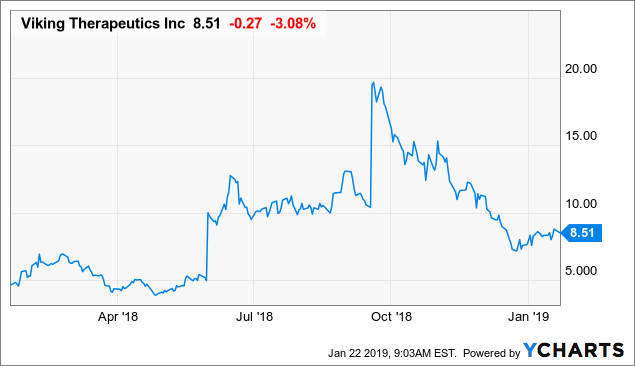 It is also working on the development of candidates such as VK5211, a non-steroidal selective androgen receptor modulator and VK0612 for treatment of Type 2 diabetes. It also has two more product candidates in the pre-clinical stages. The company is in a licensing agreement with Ligand Pharmaceuticals Inc. for use of its small molecules and holds exclusive worldwide rights to a portfolio of five therapeutic drugs.

The company had made a public offering of 9,500,000 shares of its common stock at a price to the public of $18.50 per share in September 2018. It aimed at raising gross equity proceeds of $175.8 million for funding the development of its key drug programs. The company strengthened its balance sheet through the $176 million financing, bringing the cash balance to $304 million. 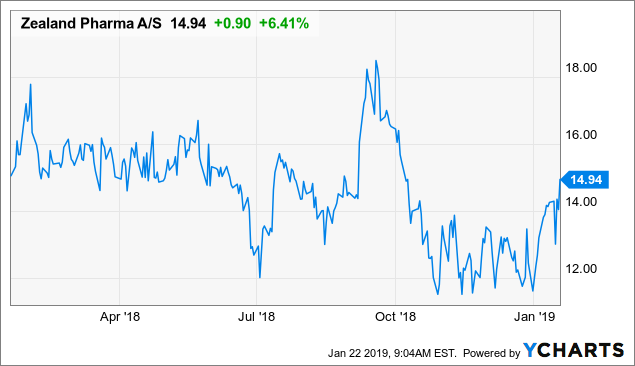 Zealand Pharmaceutical is a Denmark based biotech focussed on developing solutions for gastrointestinal and metabolic diseases by using pioneering peptide based medicines. The company has four products in the pipeline namely glepaglutide for the treatment of Short Bowel movement (SBS) and dasiglucagon for treating hypoglycaemia, diabetes management and congenital hyperinsulinism. The company’s lead programs are endogenous gut peptide hormones such as glucagon, amylin, GLP-1, GLP-2 and GIP.

With glepaglutide it aims to capture a majority of the projected $1.5 billion Short Bowel movement (SBS) market by 2025. In case of dasiglucagon, it is targeting the glucagon rescue market that has a potential of reaching over $1 billion in U.S alone.

It has entered into an agreement for $205 million for selling future royalties and related milestones from Sanofi to Royalty Pharma. Zealand is eligible for a payment from Sanofi of up to $15.0 million, expected to be realised in 2020.

According to Britt Meelby Jensen, President and CEO of the company “the third quarter was transformative for Zealand. With the sale of future royalties and milestones, we became a financially stronger company with the funding and focus to bring our fully owned late-stage candidates to market,”

It has licensing collaborations with Boehringer Ingelheim for two peptides programs that are in phase 1 clinical testing namely, glucagon/GLP-1 receptor agonist for diabetes management and Amylin analog for the treatment of obesity and/or diabetes. The company plans to retain full control and ownership of product candidates that could lead to breakthroughs and awarding of orphan drug status. In case of diabetes they aim to enter into strategic partnerships.

Besides research and development, the company also has a robust business development focus to identify, negotiate, structure and build valuable partnerships and collaborations. 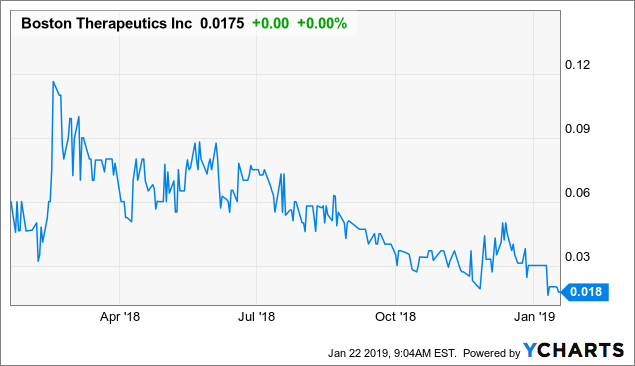 The company uses its ability in developing and commercializing unique compounds derived from applied carbohydrate chemistry for use in therapeutics in both oral and injectable forms. The company’s focus is on addressing unmet medical needs using this complex technology platform. The company’s lead program, BTI – 410, a non-insulin human peptide therapeutic that encourages production of new insulin cells in the pancreas, is in clinical trial stage. Another active ingredient in BTI-320 called galactomannan has been observed to offer manifold benefits such as inhibiting the release of glucose from complex carbohydrates, slowing down the absorption of glucose and providing satiety.

In addition, it also intends to file a new drug investigation registration for IPOXYN™, an injectable investigative material that can perfuse constricted, ischemic capillaries which are inaccessible to red blood cells. The company also intends to use it for veterinary applications under the trade name OXYFEX™ making it a first-in-class oxygen delivery mechanism for animals suffering from ischemic or surgical complications. The company believes that the potential veterinary market for OXYFEX™ in the U.S., EU and Japan could exceed $250 million in sales annually within the five years after introduction. In the pipeline is Automatic Retinal Imaging and Analysis (ARIA), which when used in conjunction with BTI can act as a diagnostic tool for monitoring metabolic syndrome such as diabetic retinopathy and macular degeneration.

One of the company’s products, named SugarDown, used for regulating post-prandial blood sugar control is already being marketed in Asia.