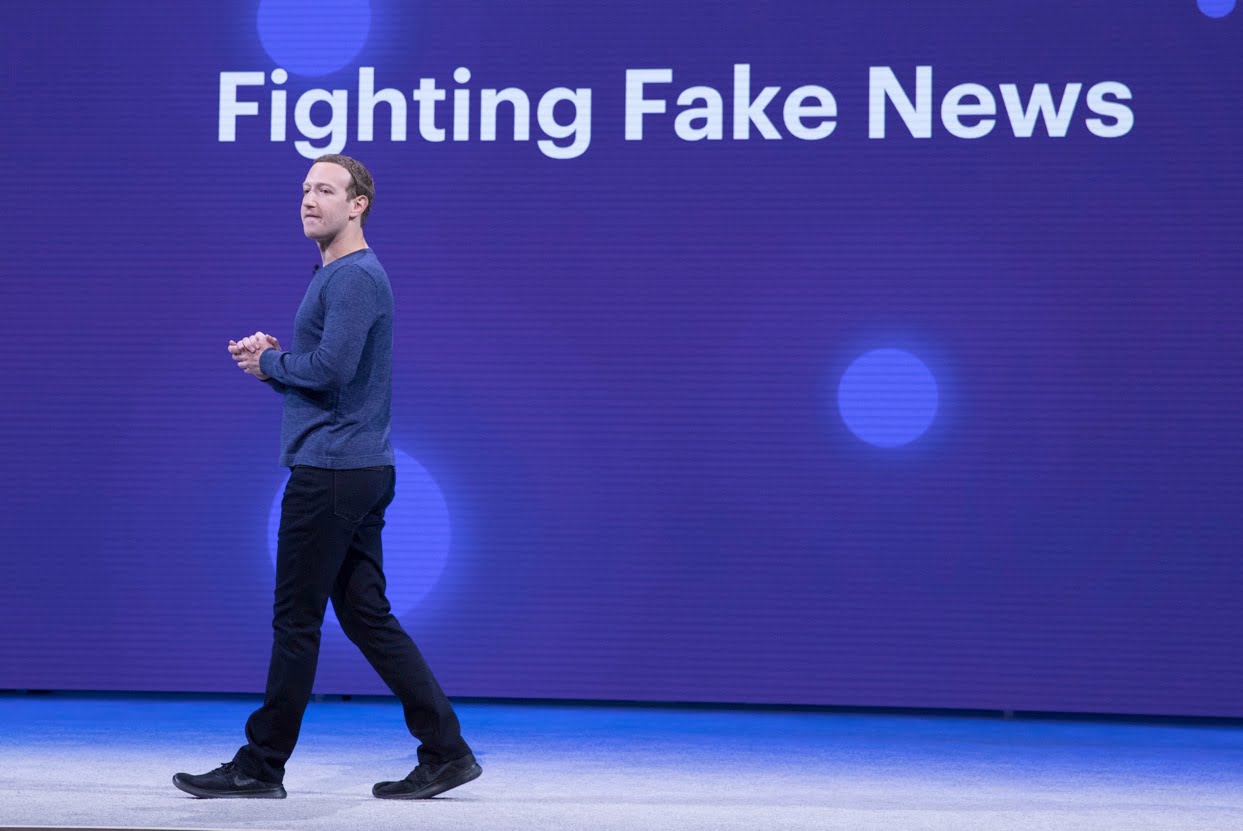 If you do a quick search for historical events on 4 February 2004, the first thing that pops out is that Mark Zuckerberg launched Facebook from his Harvard dormitory room.

In 2004, in an interview with the CNN he was asked a potent question “Is this perhaps the next big thing?”

He answered stating “When we first launched we were hoping for maybe 400, 500 people. Now we’re at 100,000 people, so who knows where we’re going next… Maybe we can make something cool.” Not in the wildest dreams would he have imagined that someday Facebook (NASDAQ:FB) would practically own the internet.

On 31 December 2018, Facebook had a Monthly Active User (MAU) base of 2.32 billion, a 9% increase when compared to previous year. Nearly 1.52 billion users log in daily which means it is a virtual marketing Mecca for companies. No wonder then that 42% of marketers consider Facebook as a critical part of their marketing strategy.

These astounding numbers translate into a record profit for the internet behemoth which reported Q4 revenues of $16.91 billion, an increase of 30.4% over the last year. The Average Revenue per User (ARPU) was at $7.37, a 19% increase from last year. The platform also saw over 7 million active advertisers.

The company is pushing the stories features on Facebook, which it estimates clocks more than 1 billion stories per day across all Facebook apps including Instagram and WhatsApp. In addition it is pumping money into IGTV a long-form Instagram Product, Marketplace its competitor to Craigslist and Facebook Watchits video tab. It is also focusing on developing its ecommerce offerings across all platforms to help vendors advertise and sell to users.  The company’s payments and other fee revenues rose to $274 million, increasing by 46% over the last quarter.

The company is ramping up its investment in cyber security after facing severe backlash over data compromise and content moderation.

Those numbers are music to the ears of investors who are justly rejoicing, what does it mean for the users though?

In 2018, Facebook faced one of its most challenging years since inception, with the company facing one curveball after another. It started with the controversy over unauthorized data mining by data consultancy firm Cambridge Analytica, involving over 87 million accounts that were subjected to targeted political ads in the run up to the 2016 US Presidential elections.

This led to Mark Zuckerberg having to appear before a congressional committee and testify over Facebook’s functioning. Besides calling for more regulation, the incident also triggered a debate over whether it violated a 2011 consent decree promoting an investigation by the Federal Trade Commission.

The key outcomes from his testimony were that there was a consensus that some form of regulation was needed to rein in data misuse and privacy violations. Regulation could take the form of three bills which have been proposed such as The Honest Ads Act, The Consent Act and the Browser Act.

The implications of these are far – reaching for Facebook, as the stress is on changing Facebook’s privacy settings from Opt-out to Opt-In, meaning that it will have to seek user permission to collate information instead of gathering it by default. This will severely limit the amount of data it can collect adversely affecting its operations. The CEO also welcomed the implementation of General Data Protection Regulation (GDPR) that has been made mandatory in the EU.

One of the biggest admissions by him was that Facebook is responsible for any content posted by users and hence the need to regulate content that can be deemed graphic, racist or violent. An area that is proving to be the companies Achilles heel.

In November 2018, BSR (Business for Social Responsibility), a non-profit organization published a report titled “Human Rights Impact Assessment: Facebook in Myanmar”; the findings of the report were a grim reminder of the power that Facebook holds over masses.  It found that Facebook’s platforms including Messenger and WhatsApp were used for inciting violence and carrying out ethnic cleansing of Rohingyas in Myanmar. It is widely used for spreading hate speeches and working up mob frenzy to the detriment of communities at large.

In a country like Myanmar where Facebook is synonymous with internet and most of the population depends on it for their daily news and staying connected with the world outside, any misinformation can quickly escalate with devastating effects. In its attempts to mitigate the damage, Facebook had to remove the account of General Min Aung Hlaing, the commander-in-chief of the armed forces in Myanmar along with 19 others and 52 Facebook pages in August 2018.

Facebook was quick to accept that it should be doing more, listing out steps that it planned to implement, including modifying its hate speech policies , recruiting local language speakers for reviewing incendiary content etc., but with approximately 7,000 deaths and over 43,000 Rohingya parents untraceable and presumed dead, it’s a case of too little and too late.

Similar Incidents have been reported from India, Philippines, Libya and even Germany, the voice of naysers are increasingly becoming loud and persistent.

One of Facebook’s biggest criticisms is its consistent flouting of rules and its ability to render half-hearted apologies and get away with them. But last week saw the company paying through its nose for flouting Apple’s iOS platform usage rules for developers who want to use its app store. It came to light that it designed a pay-to-play research app for users between the ages of 13 and 35 that involved installing a virtual private network on their phones and tracking their activity for $20 a month.

Apple swiftly revoked the company’s access to its enterprise developer program resulting wide-spread chaos in the organization. Apple later restored the access, but only after clearly demonstrating who the Boss was.

Oops they did it again!

Facebook faced one media backlash and public outcry after another in 2018 over its blatant disregard for user privacy. Besides the Cambridge Analytica issue, a bug caused private photos of 14 million users to be posted online in June 2018. In September 2018, hackers stole information from an estimated 50 million accounts in a major security breach. It was also revealed that Facebook gave access to companies like Netflix and Spotify to access texts, messages and call records from user phones.

It also had to contend with Russia linked Internet Research Agency which carried out a massive misinformation campaign with its divisive advertisement during the 2016  U.S elections, 30,000 fake accounts during French Presidential election along with propaganda news items. It suspended over 70 Facebook accounts, 138 Facebook pages, and 65 Instagram accounts as part of its crackdown.

The company’s willingness to accept its responsibility for the mess it has created is reflected in the CEO, Mark Zuckerberg’s resolution for 2019, to hold a series of debates on technologies impact on society.

In his own words he intends “to host a series of public discussions about the future of technology in society – the opportunities, the challenges, the hopes, and the anxieties.”

Meanwhile the company may be required to pay a “record-setting” fine levied by the US Federal Trade Commission (FTC) over its handling of user privacy.

As part of its commitment to ensuring protection of the user data on its platform, Facebook has launched a “Privacy and Data use Business Hub” to educate and support businesses in understanding the different ways in which they could safe guard user information.

It is also working on providing greater control for users on the data they wish to share with the proposed introduction of a “Clear History” option that allows users to delete the information that Facebook accesses from the users activity on other apps and websites.

As part of its Data Privacy Celebrations, it is inviting users to undergo a privacy checkup as well.

These steps are commendable coming from an organization that has always lived in denial. What remains to be seen is whether these are knee-jerk reactions to deflect public criticism and stave off regulation or an honest attempt at fixing the glaring loopholes in data privacy that may alienate users eventually.