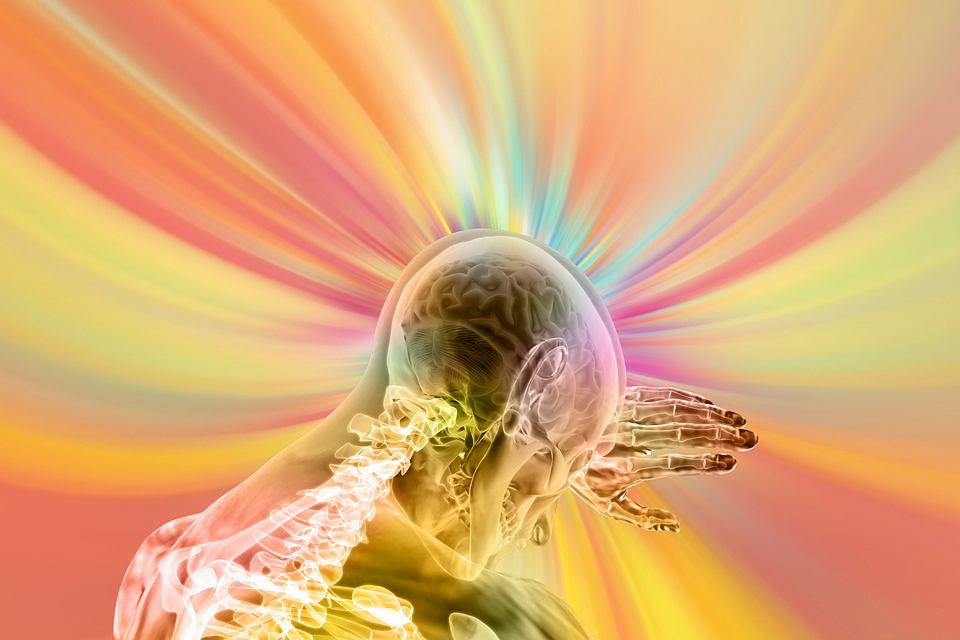 Sandhoff Disease also referred to as GM2-gangliosidosis Type ll is an autosomal recessive genetic lipid storage disorder that is caused by an abnormal gene for the beta subunit of the hexosaminidase B enzyme. The dysfunction of this gene causes accumulation of lipids called GM2 gangliosides in the neurons and other tissues, thereby causing progressive central nervous system deterioration. Sandhoff diseases have an incidence of approximately one out of 180,000 live births worldwide.

The symptoms of this disease manifest early around 3-6 months of an infant’s life usually in the form of lethargy, exaggerated reflexes, feeding issues and formation of cherry macules in the eyes. The other symptoms of the disease are motor disabilities, spasticity, seizures and heart murmurs.

Hexosaminidase A and B are the primary enzymes responsible for the breaking down of GM2 gangliosides made by the nerve cells; its absence causes accumulation of GM2 gangliosides, which damages nerve cells and results in neurological damages. The disease is extremely rare and is categorized into infantile, juvenile and adult onset. The diagnosis of the disease involves procedures such as biopsy (liver), genetic and molecular testing and enzyme essays. There are no treatment options or cure for this disease at present, however therapeutic options are limited to alleviating the symptoms associated with the disease.

We take a look at some companies that are using innovative and ingenious thinking to address this disorder with a large unmet need. 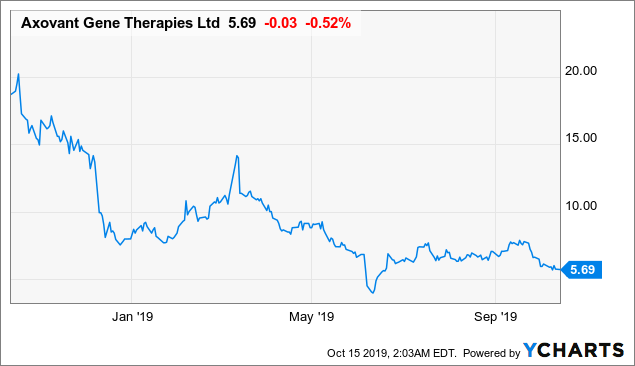 The Company acquired the license for the exclusive worldwide rights of two novel gene therapy programs related to GM1 gangliosidosis and GM2 gangliosidosis (also known as Tay-Sachs and Sandhoff diseases) from the University of Massachusetts (UMass) Medical School. Axovant is a clinical stage biotechnology Company that is focussed on neurological and neuromuscular diseases, whose AXO-AAV-GM2 program is designed to incorporate a functional copy of the HEXB gene, by encoding the missing critical enzymes. In preclinical studies in animal models, the candidate has demonstrated dose dependant increases in enzyme activity, reduction in accumulated gangliosides and improved survival rates.

The drug candidate has received 8 Orphan Drug Designations (ODD) by the FDA as well as the EMA for the treatment of GM2 Gangliosidosis (Tay-Sachs and Sandhoff disease), Niemann-Pick disease Type C (NPC), Ataxia-Telangiectasia, and Spinocerebellar Ataxias (of which there are 40+ known subtypes). It has also received Rare Pediatric Disease Designation for Niemann-Pick type C and Tay-Sachs disease.

IB1000 is an orally administered, modified amino acid (N-Acetyl-Leucine) that has demonstrated safety and tolerability. The Company is developing N-Acetyl-L-Leucine (IB1001) on priority, based on encouraging results from preclinical studies. Intrabio has filed a series of New Drug Applications (IND) and Clinical Trial Applications in numerous countries such as United States, United Kingdom, Germany, Spain, and Slovakia

The Company is currently engaged in Phase II clinical study to assess the Effects of N-Acetyl-L-Leucine on GM2 Gangliosidosis (Tay-Sachs and Sandhoff Disease). The study has enrolled nearly 30 patients who will receive the treatment for over 12 weeks, with no placebo arm. The trails are being planned at multiple locations such as United States, United Kingdom, Spain, Slovakia, and Germany.

In addition, its pipeline consists of IB2000s series indicated for the treatment of  Ménière’s disease, IB3000s for the treatment of Type 2 Diabetes and Autism and IB4000  for the treatment of NPC liver dysfunction, for which it has received an Orphan Drug Designation, by FDA and the EMA. Intrabio has also built a robust intellectual property portfolio with patent protection for its candidates being valid until 2037. 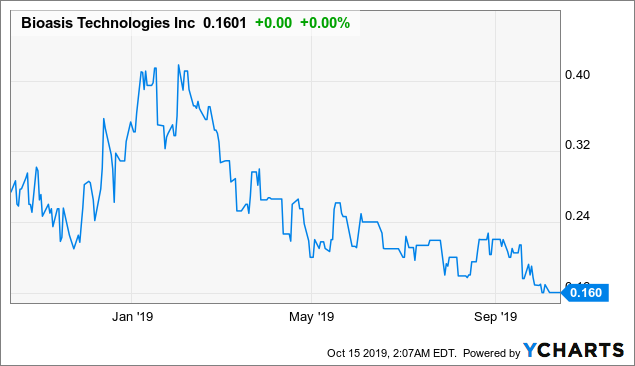 The company seeks to use this platform for offering therapeutic solutions in central nervous system (CNS) diseases and disorders, including brain cancers, metabolic and neurodegenerative diseases. In September 2019, Bioasis announced the allowance of patent application for its proprietary xB3 TM platform technology in Japan, primarily indicated for the delivery of therapeutics across the blood-brain barrier treat diseases related to the central nervous system, cancers and neurodegenerative diseases. The Company has over 120 patents covering the xB3 delivery vector, xB3 fusions and conjugates with active agents and therapies which will offer it protection until 2034.

The Company had previously initiated a study of Lysosomal Storage Diseases focussed on a knockout model for Sandhoff Disease, to be conducted at the University of British Columbia, which evaluated therapeutics based on biOasis’ Blood-Brain Barrier vectors, Transcend and Transcend(pep), to correct the enzyme β-hexosaminidase subunit beta deficiency in animal models.

Bioasis currently has various programs under different stages of development such as xB3-001 for treatment of Brain Metastases, xB3-002 for Glioblastoma, xB3-007for Neurodegenerative Diseases such as amyotrophic lateral sclerosis, Parkinson’s, Alzheimer’s and Huntington’s. 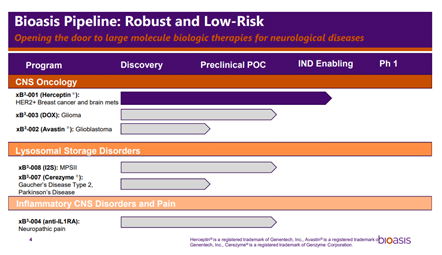 The company has entered into a licensing agreement with Prothena Corporation Plc (NASDAQ: PRTA) for using the  xB3  platform with an undisclosed neurodegenerative disease target, plus an option for three additional neuroscience targets  in return Bioasis received US$1 million upfront payment along with milestone payments and royalties on net sales.

It has also entered into joint research collaboration with a leading pharmaceutical company (name Undisclosed) for manufacturing an antibody-peptide conjugate containing Bioasis’ xB3 peptide for in vivo measurement in the CNS; under the material transfer agreement the company will receive $500,000.

- 5 Companies With Potential To Transform The HBV Therapeutics Market