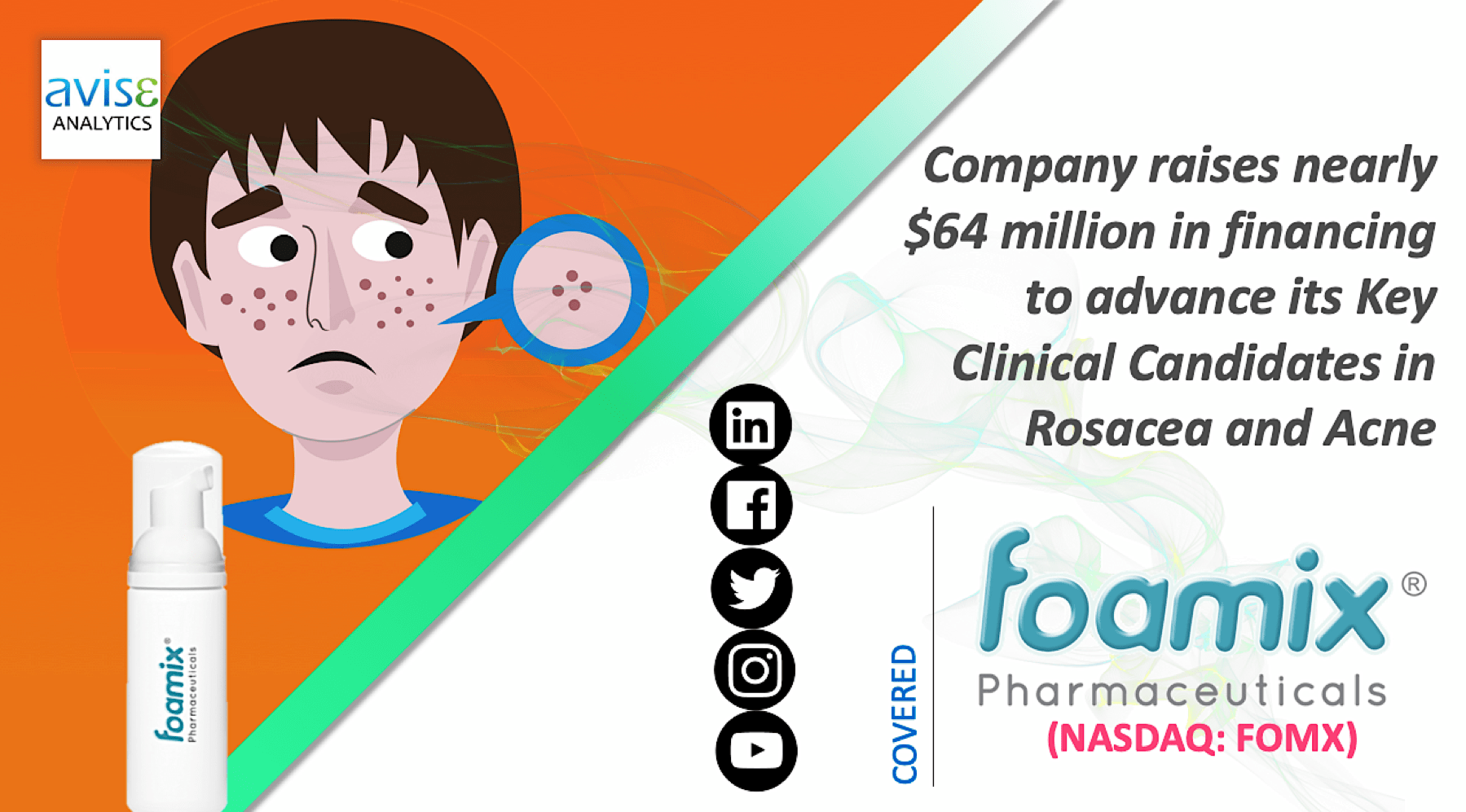 Foamix Pharmaceuticals (NASDAQ: FOMX), a clinical stage biotechnology company that is focused on creating solutions for the unmet needs in dermatology by developing topical therapies, has announced that it has secured nearly $64 million in financing from Perceptive Advisors and OrbiMed. According to a company statement, besides a $15 million upfront payment, subject to fulfilment of certain conditions, up to $50 million will be made available through term loans under a credit agreement.

In addition, the company will also receive $20 million on achieving regulatory milestones and $15 million upon fulfilling certain revenue milestones. Furthermore Perceptive Advisors will offer the company with $14 million in gross proceeds through a direct registered offering of the company’s ordinary shares. 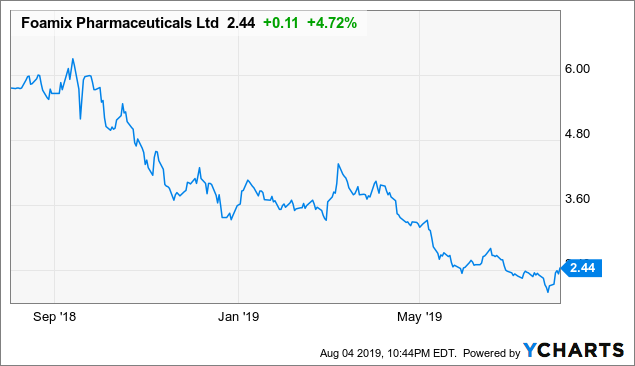 The company plans to utilize these funds for primarily filing a New Drug Application (NDA) with the FDA for FMX103, its lead candidate for the treatment of papulopustular rosacea. It is also planning to launch FMX101 for the treatment of moderate to severe acne and fund its working capital and general corporate requirements.

“As we manage the transition of Foamix to becoming a fully integrated commercial organization it is important that the company is financed appropriately. Combined with our current cash position, we believe these initial investments, along with future access to capital which this transaction provides, will allow us to fund the commercial launches for FMX101 and FMX103, pending FDA approval.”

The company manufactures an array of foam based topical applications using its proprietary technology which offers improved tolerability, ease of use, high solubility and penetration and targeted drug delivery.

Roascea affects over 415 million people worldwide, and more than 16 million in the U.S alone, according to research conducted by the University of Copenhagen, Denmark. It is a fairly common skin disorder, but only 18 percent of Americans afflicted with this condition are under medical treatment. This chronic condition often manifests as a flare up or reddening of the skin and progresses to formation of pustules or small blood vessels that are visible. In severe cases the disease can also affect the eye causing irritation, redness and the appearance of watery or bloodshot eyes.

Acne is one of the most common skin disorders in the U.S affecting over 50 million people annually. An estimated 85% of young adults aged between 12-25 year suffer from it according to the Global Burden of Disease (GDB) study. The rise in androgen levels during puberty, growing environmental pollution, stress and unhealthy lifestyles are some of the causative factors of Acne. It causes considerable self –image and confidence issues in people leading them to seek treatment.

The first course of treatment for Rosacea and Acne is the prescription of antibiotics such as Topical clindamycin and erythromycin. In spite of being effective these are not preferred as monotherapy options owing to the risk of developing bacterial resistance. Tetracyclines such as minocycline have the lowest resistance rates and are now increasingly being used to come up with novel drugs to treat Acne. Conventional therapeutics have limitations such as side effects, misuse for purposes otherwise stated, nausea and birth defects.

There is currently no cure for these disorders, with existing treatment options only aiming at alleviating the symptoms associated with the illness. The industry is moving from small molecule based medications to peptides, combination therapies and biologics.

FMX103, is Minocycline foam (1.5%) for the treatment of Moderate-to-Severe Papulopustular Rosacea, which on approval, will be the first FDA-approved topical minocycline treatment for this condition. The company has already released the Top-line results for first two Phase 3 pivotal studies and is in the process of filing an IND with the FDA.

Additionally, the company’s candidate for the treatment of inflammatory lesions of non-nodular moderate-to-severe acne vulgaris is FMX101; it is a potential first-in-class Minocycline foam (4%), which has received a New Drug Application status from the FDA with a Prescription Drug User Fee Act (PDUFA) action date of October 20th, 2019 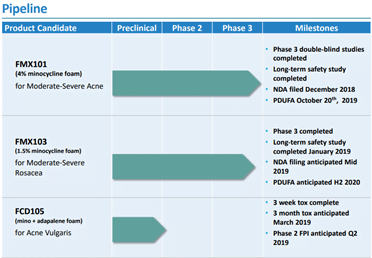 Its proprietary foam technology uses a hydrophobic composition and offers multiple advantages such as safe and stable delivery of the inherently unstable APIs, absence of primary irritants, ease of use to name a few.

We believe that Foamix Pharmaceuticals can leverage its proprietary platform to develop a plethora of innovative foam formulations for dermatological and other conditions. The company’s robust patent portfolio will afford it protection and ensure a steady market for its products, once approved.

- 3 stocks to Avoid At All Costs

- Can Celsion Hit the Bullseye with GEN-1?