Gaming out the Rise of GameStop 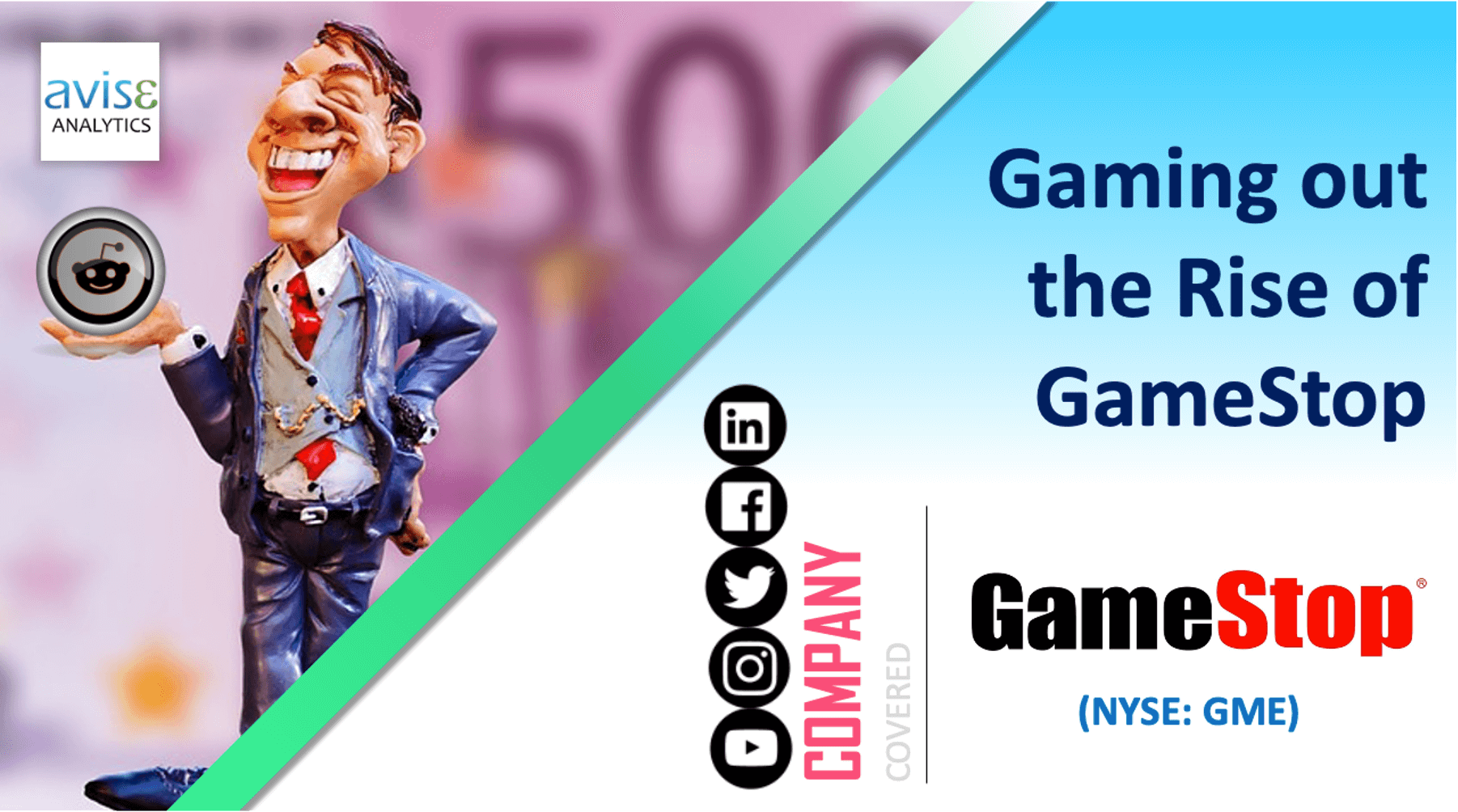 01 Feb Gaming out the Rise of GameStop

Posted at 09:37h in Technologies by admin 0 Comments
2 Likes
Share

GameStop Corp (NYSE: GME), a stock that was struggling after hitting historic lows of under $4 per unit since past two years, has witnessed an almost miraculous resurgence, aided by the users of a Reddit forum named “r/WallStreetBets“. Collective buying from over 2 million of the group’s members has pushed the stock price which stood at $18 a few weeks ago to an unbelievable high of $347.51, before closing the day at $193.60, a 900 percent increase in just a few weeks.

The rally has prompted several trading platforms to limit trades in the GameStop stock and is raising concerns about issues such as stock bubble, overzealous trading, investor protection, market manipulation. The Securities and Exchange Commission has taken a note of the situation and keenly watching the developments. 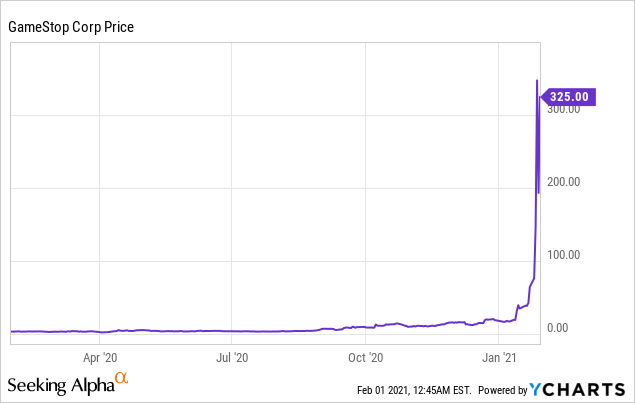 We take a look at if the GameStop is a good stock to invest in below:

The Global Games Market is expected to grow by 19.6 percent to reach $174.7 billion in 2020 and will continue to grow to a projected $217.9 billion by 2023 according to a report by Newzoo. The pandemic and the resultant lockdowns have encouraged people to stay home and socialize less, causing a spike in gaming activity.

The Advent of the Smartphone has revolutionized the gaming industry. There is an exponential rise in the number of gamers, which now stands at about 2.3 billion gamers worldwide. According to a report by Newzoo, the global games market which was valued at $137.9 billion in 2018 is likely to reach $180.1 billion in 2021, growing at a CAGR of 11%. Mobile games will contribute to 59 percent of the total or over $106.4 billion by 2021. Mobile and Tablet gaming alone contributed to over $70.3 billion in 2018. 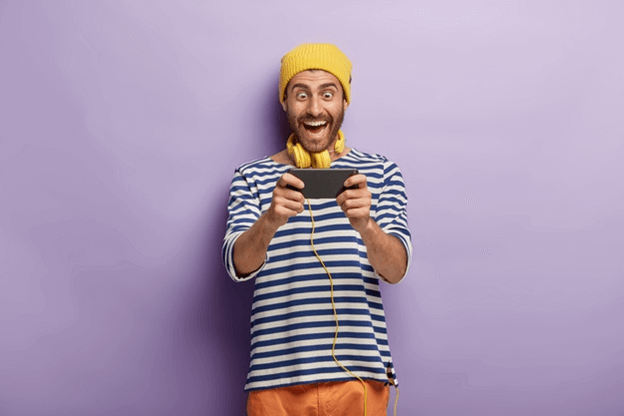 The Second-Largest segment is Console gaming with revenues of $34.6 billion in 2018. The report points out that the industry grew at a CAGR of 11 percent between 2012-2021, which in itself is a major accomplishment, as maintaining a double-digit growth rate for over a decade, is no mean feat. The segment will have grown from an inconsequential sector in 2012 to a 100-billion-dollar industry by 2021.

GameStop offers onmi-channel games, collectible and consumer electronics such as consoles and hardware, Toys and Collectibles, Clothing and Accessories, through over 5000 Company operated stores across 10 countries. The Company’s product offering include a wide array of new and pre-owned game consoles, titles and accessories in both physical and digital-format.

The Company was first established as Babbage’s, a small educational software retailer, which was later acquired by Barnes & Nobles and merged with Funco Inc.1999. The Company was rechristened as Gamestop in 2000, and launched a one-of-a-kind buy-sell-trade program. In 2002, it made a debut with the GME IPO on the New York Stock Exchange.

In 2004, GameStop established itself as an independent entity and followed this up with the acquisition of Electronics Boutique Games (EB Games), to become the world’s largest video game retailer. In 2008, the Company acquired Micromania, the leading video game retailer in France, and later launched a new technology brands division with the acquisition of Spring Mobile AT&T wireless and Simply Mac in 2013.

The company was the first to introduce Digital Downloadable Content (DLC) for Video game titles and further expanded its digital gaming presence with the launch of PC Digital Games. Game Informer, its magazine offering, was first digitalized in 2010 and soon became the largest digital magazine in the world with over 3 million subscribers, and the third largest magazine with a combined circulation of nearly 8 million subscribers.

GameStop made its foray into the pop culture offerings through its Zing Pop Culture in 2014, which was followed by the acquisition of Geeknet, Inc., the parent brand of game themed merchandise retailer ThinkGeek.

2019 marked the Company’s advent into eSports segment thorugh launch of GameStop Performance Center, in partnership with Complexity Gaming. The centre was intended to be a hub where gamers could come together and share their passion for games, besides fostering customer-centric opportunities.

However, the Company has been experiencing many challenges such as lower customer footfalls owing to the pandemic, the growing popularity of digital downloads and supply-chain disruptions. In addition the loss of jobs and the prolonged pandemic are changing consumption habits and discretionary incomes of customers, which was amply demonstrated by GameStop’s sales declining by nearly 25 percent for Q3,2020. The Company had to close down nearly 800 stores since 2019, in an effort to de-clutter certain areas and refocus on better performing stores.

The Company is doing well in its online sales though, experiencing a 200% revenue growth in Q3, 2020, which provided enough rationale for it to close down 100 additional stores by end of 2020 and focus extensively on its online channels. The launch of new consoles by Sony (NYSE: SNE) and Microsoft (NASDAQ: MSFT) witnessed great demand and the Company is confident of meeting the unprecedented demand by working closely with its suppliers. In fact the GameStop posted 17 percent rise in its European store sales, owing to the demand for the new consoles, its best performance in almost two years.

However, the writing on the wall is clear, brick-and-mortar that rely on sale of physical discs are in for some tough times ahead, as gamers are increasingly transitioning to digital formats. In fact more than half of Sony’s newer version game units sold in 2020 were digital and models like PlayStation 5 do not even have a disc drive.

Ryan Cohen, Co-Founder of Chewy (NYSE: CHWY), reportedly made a total investment of $76 million, buying 9 million shares at the average price of $8.43 stake in GameStop. His investment firm RC venture owns a 13% stake of the Company. The activist investor wrote a letter to the GameStop board urging them to strategically review their costs, focus on profitable stores, take a relook at non-performing locations and shift gears to focus on its e-commerce offerings. The idea is to realign the Company into a digital-first enterprise and revive a struggling company that was stuck in the past. In January 2021, the Company appointed Cohen and two of his associates Alan Attal and Jim Grube to its board.

A Revival around the Corner?
Many saw this as a possible turnaround for the Company considering Cohen’s track record in building Chewy from scratch, while facing tough competition from Amazon (NASDAQ: AMZN). The Company was eventually sold to PetSmart for $3.35 billion in 2017 and had a successful IPO in 2019. Investors are hopeful that he can recreate the same magic at GameStop with his ecommerce experience and visionary insights. This is also one of the initial reasons why the stock went up, when the news of the investment became public.

While it is clear that the current stock levels are unrealistic and unsustainable over the long-run and will most likely see a correction in the coming days, the Company still has a fighting chance if its plans of transforming into a digital-first organization come to fruition.

- 3 Reasons Why INNODATA Inc should be on your Investment Watchlist!