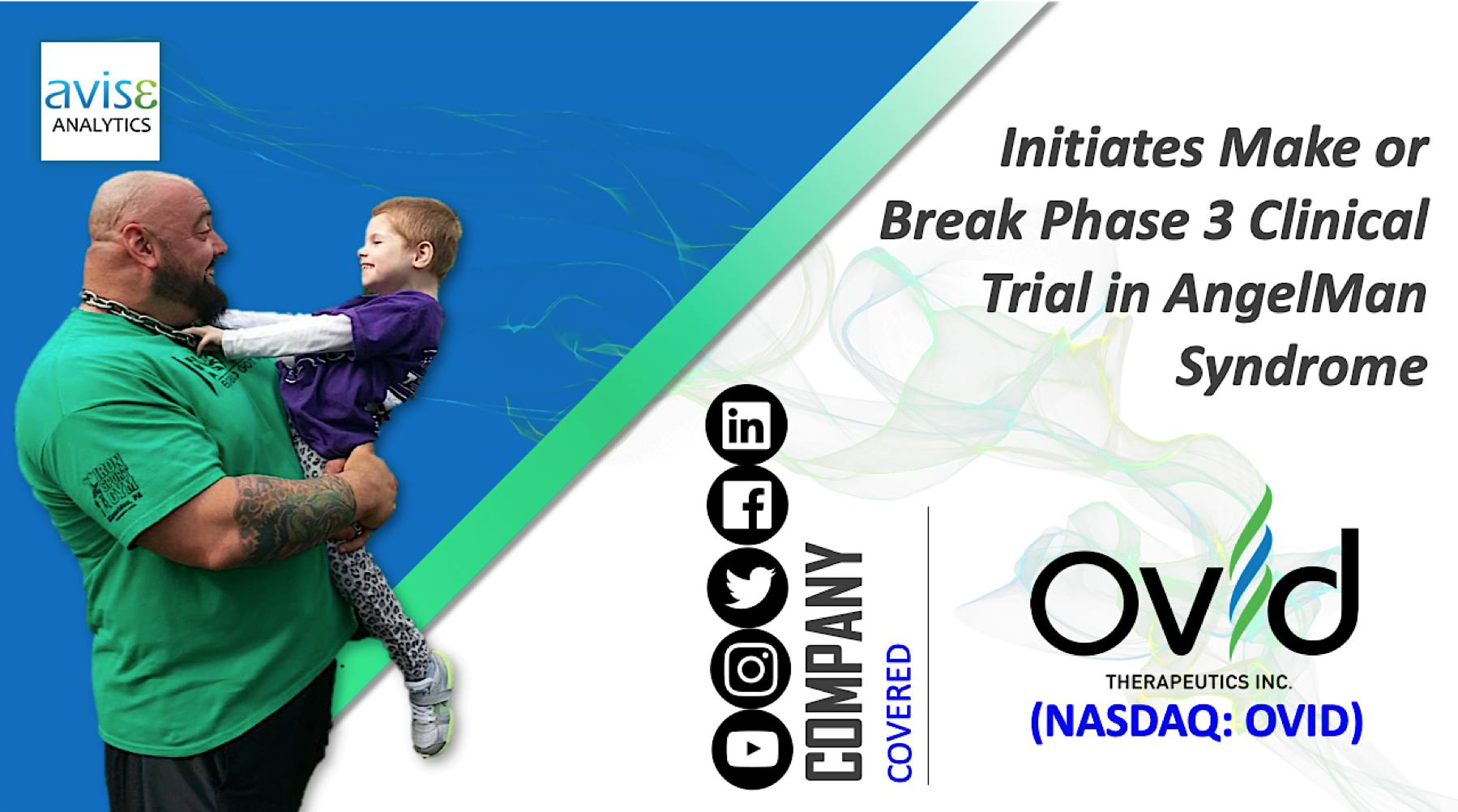 Posted at 02:27h in Biotechnology by admin 0 Comments
0 Likes
Share

Ovid Therapeutics (NASDAQ: OVID), a biopharmaceutical company developing novel therapeutics for rare neurological disorders, announced the launch of a crucial phase 3 clinical trial in Angelman Syndrome named NEPTUNE. OV101, its lead candidate for  the treatment of syndrome and Fragile X Syndrome is a delta-selective GABA A receptor agonist, that will be evaluated primarily on the CGI-I scale ( Clinical Global Impressions Scale), which has been redefined by the company by adding anchors and clinician training materials specific to the core symptoms of Angelman syndrome. 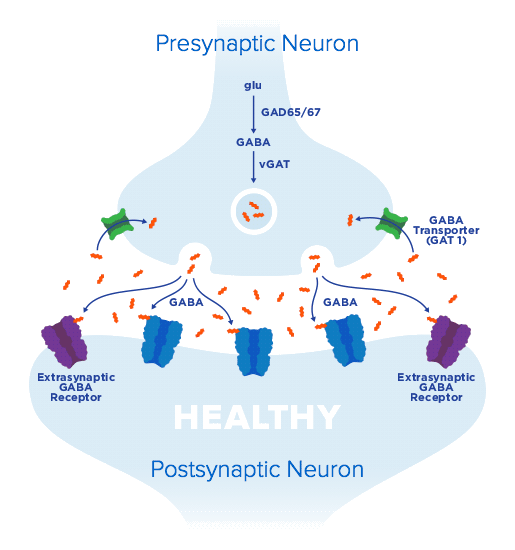 The trial will also include secondary endpoints for sleep, communication, motor skills, socialization, daily living skills and behavior domains. OVID will commence patient enrollment in Q3, 2019, with topline results from the trial expected by mid-2020. The trial comes on the heels of its Type C meeting with the U.S. Food and Drug Administration (FDA). In addition, OV101 is also being evaluated in a Phase II rocket trial for Fragile X Syndrome. 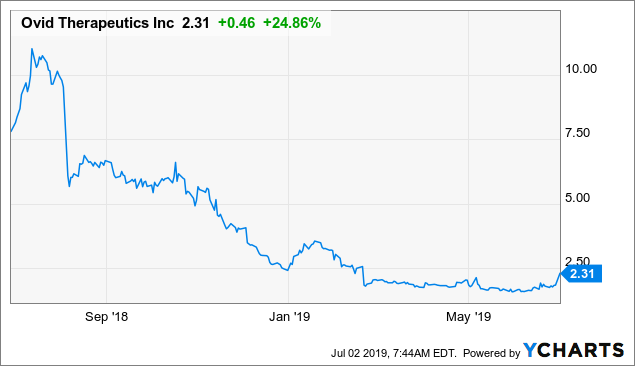 Certainly news that is ought to cheer the investors, but the road that led to these trials was fraught with missteps. In August 2018, the company announced the results from its Phase II clinical trials, which saw the trial meeting one clinical endpoint out of a total of 17 metrics against a placebo; it took a severe beating both from the investors and stockholders.

Orphan and Rare Drug disease development is a relatively unchartered territory, with no precedents that can be used as reference or instances of validated endpoints that have been tried and tested before. This can lead to lack of clarity on how to measure the success of a trial, which is exactly what happened in case of OVID.

The one clinical endpoint that it met is the CGI-I or the clinical global impressions of movement, the key to measuring improvement in patients with neurological and developmental disorders. It is a 7-point scale that measures parameters such as severity of the symptoms, efficacy of the treatment and response to it.  The company was badgered by all and sundry, but has now validated the results of its Phase II trial, by getting FDA on board with its plans to use the CGI-I-AS, a modified form of the scale to be its primary end-point for its pivotal Phase III trials.

“We will use the CGI-I scale as used in the Phase 2 STARS trial as the sole primary endpoint in our Phase 3 NEPTUNE trial. We have renamed the scale CGI-I-AS to reflect the fact that relevant anchors and training materials are specific to Angelman syndrome. The use of CGI-I-AS as a sole primary endpoint is important. As was demonstrated in the Phase 2 STARS trial, the CGI-I scale is designed to detect change from baseline in each individual in a disorder with substantial clinical heterogeneity.”

AngelMan Syndrome is a rare genetic disorder of the nervous system that is characterized by delayed development, intellectual disability, severe speech impairment, and problems with movement and balance (ataxia) along with epilepsy and microcephaly. Research has narrowed down the cause of the disorder to a missing gene named UBE3A, but in 10-15 percent of the cases the causes are still unknown.

It can either be caused by the deletion of maternal chromosome 15 or by paternal disomy. Genetic testing is employed to identify the disease, which occurs in one in 12,000 to 20,000 live births. This is followed by physical therapy and behavior modification therapy.

There is no cure for the disease at present, with treatment options aimed at alleviating the associated symptoms such as seizures.

OVID’s other prominent drug candidates in Phase II trials are OV935 a CH24H inhibitor meant for the treatment of developmental and Epileptic Encephalopathy and OV329 an oral GABA A aminotransferase inhibitor for treatment-resistant epilepsy. The company has been awarded a patent for its OV101, by the USPTO, which expire in 2035 along with orphan drug status and fast track designations by the FDA. 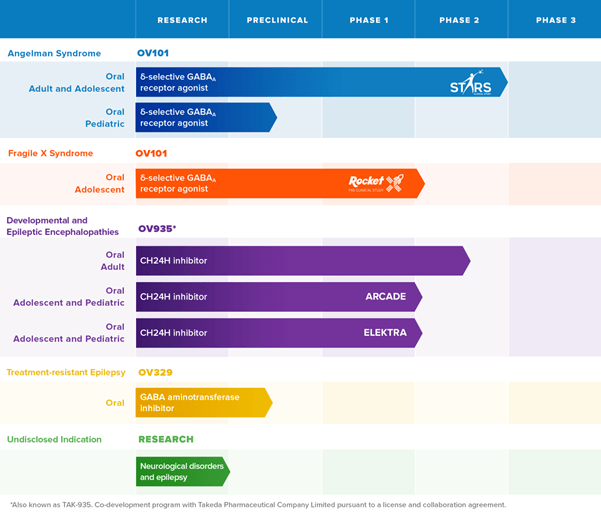 The company’s BoldMedicine approach has yielded a strong pipeline of products focused on addressing the unmet needs in rare and orphan diseases. Neptune 3, its phase III trial for Angelman Syndrome, is a randomized, double-blind, placebo-controlled, 12-week trial of OV101 in pediatric patients. The trial will consist of around 50 to 60 patients in the age group of 4 to 12 years old. In addition it is also initiating an open-label extension study, for individuals with Angelman syndrome who have completed any prior OV101 study, named ELARA.

It has a licensing agreement with Takeda Pharmaceutical Company Ltd (NYSE: TAK), for co-Development of OV935 / TAK-935 for treatment of rare pediatric epilepsies, wherein the companies share 50 percent of all development expenses and potential future revenues. It also has collaboration with Lundbeck (OTCPK: HLUYY) for global licensing agreement for OV101. The company is seeking to enter licensing opportunities or partnerships outside U.S for OV101 that could also provide potential non-dilutive forms of capital.

We believe that OVID Therapeutics will need to exercise caution, by avoiding the mistakes it made last time, while communicating the positive results from its Phase II STARS trial in 2018. The fact that FDA has given a go ahead to CGI-I-AS, a modified metric scale that will be the primary endpoint, is a vindication of its results and validates its progress so far.

The fact that FDA has approved its plan for a Phase III shows that the company may achieve a breakthrough with OV101, if it can come up with the same results that it achieved in its Phase II trials.

“Our constituency right now is the FDA, the families, and the physicians. If we can prove to them we have a drug, we feel strongly that the market will follow eventually.”

It has an extremely strong pipeline of candidates and is making excellent progress in clinical studies so far. It is currently engaged in four clinical trials at different stages of development in areas such as rare epilepsies, CDKL5 deficiency disorder or Dup15q syndrome, Dravet syndrome or Lennox-Gastaut syndrome.

A successful completion of OVID101 clinical trials with positive results will boost investor morale and give a new lease of life to the company. It will also help with the progress of its other candidates in the long run.