OrganiGram Holdings Is Bucking the Downward Trend in the Cannabis Industry 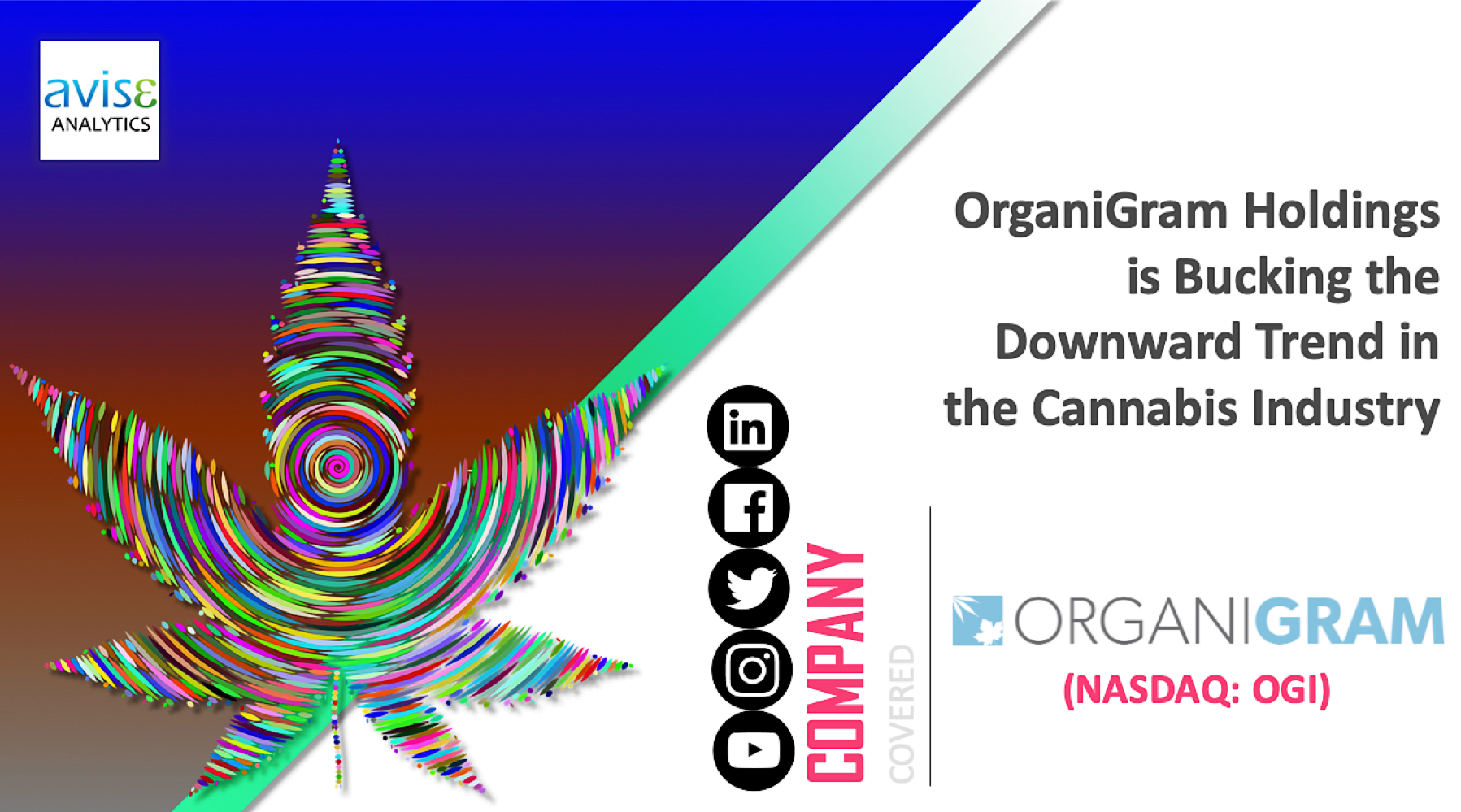 OrganiGram Holdings (NASDAQ: OGI), a prominent player in the Canadian Cannabis sector, surprised analysts and the cannabis industry alike with the announcement of better- than-expected fiscal first-quarter revenue, providing an impetus to an otherwise lacklustre year. The Company reported a 102.2 percent increase in revenues to 25.15 million and a positive adjusted earnings before interest, taxes, depreciation, and amortization (EBITDA) of CA$4.9 million bucking an industry wide downward trend that saw it struggling with the implications of the vaping crisis.

The Company has started shipping its Trailblazer Torch vape cartridges, right on schedule, with plans to begin shipping Edison + Feather ready-to-go distillate pens by the end of January 2020. In December 2019, the Company received a license for production and packaging of its cannabis-infused chocolate products and intends to begin full-fledged sale during the first quarter of 2020.  The news is especially note worthy as the Company rebounded from disappointing results in the last quarter of 2019. These results are primarily on account of improved yield per plant, lower inventory write-offs and lowered cost of after-harvest processing.

Some of the more impressive figures are its total sales in the wholesale and international market amounting to CA$9.5 million, a rise in its revenue from adult-use recreational and medical cannabis markets, which even exceeded the total revenue in Q4, 2019. In addition the Company saw a reduction in product returns, which stood at CA$3.7 million in the previous quarter to CA$1.1 million in the recent quarter.  The Company has also announced that it will not require to additional capital to fund its operations, which augurs well for its shareholders, as the industry is seeing an increasing number of companies resorting to selling more shares to raise cash. 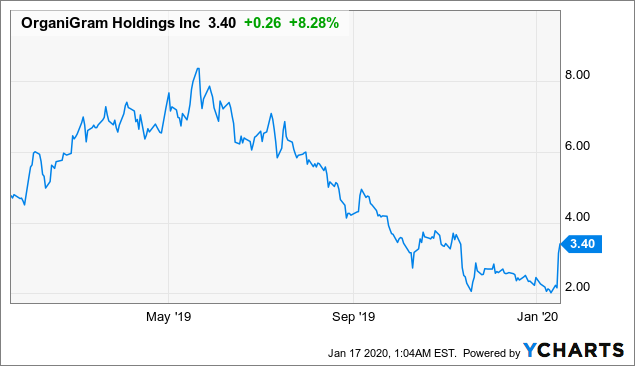 The U.S, where the use of cannabis has only been legalized in 33 states for medical use and 11 states for recreational use, is one of the largest untapped markets for Cannabis, with an estimated value of over USD 11.9 billion in 2018, which is likely to grow at a CAGR of 24.1% from 2019 to 2025. Currently 33 states in the U.S along with Washington, D.C. have legalized medical marijuana while 10 states (plus D.C.) permit recreational cannabis. 2018 was a great year for CDB industry, not only was the Farm Bill passed that allowed for the sale of hemp and hemp based cannabidiol products, but the FDA also approved its very first cannabis-derived drug Epidiolex for treatment of seizures.

The Cannabis industry is on a consolidation spree. Major players in the market are joining ranks, to gain strategic advantage, in case of legalization of Marijuana in newer markets such as U.S and Europe.

OrganiGram is one of the leading licensed producers of premium quality medical and recreational cannabis in Canada. The Company has a 3 level growing technology equipped indoor production facility in Moncton, New Brunswick. The facility offers absolute control over critical facets of the environment with a state-of-the-art facility that also enables data driven decisions. The current licensed production capacity of this facility stands at 89,000kg/yr, with plans for a target production capacity of 113,000 kg/yr on hold owing to the present market conditions. 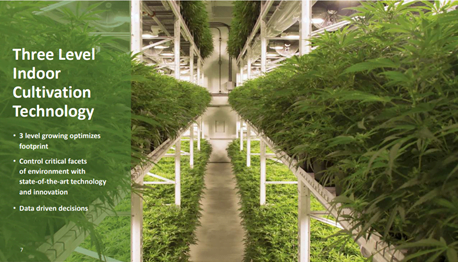 The Company in the meanwhile is refurbishing a 56,000 square feet facility, within its Moncton Campus, to meet EU GMP standards for the production of edibles and derivatives and also for additional CO2 and hydrocarbon based facilities. OrganiGram has already received licensing for a Phase 5 edibles facility, along with permissions for its chocolate processing and packaging rooms. The Company has made an approximate 15 million investment in a state-of-the-art production line that includes advanced engineering, robotics, high-speed labeling, automated carton packing to name a few.

OrganiGram has entered into exclusive agreement with The Green Solution for product processing and marketing segmentation assistance. Its agreement with Valens GroWorks (OTCQX: VLNCF) affords it immediate increased extraction capacity as well. The Company has set its initial focus on two major segments namely vaporizer pens and edibles (Including beverages). The initial shipment of its Trailblazer Torch vape cartridges were fulfilled in December 2019 and the Company expects to launch Edison + Feather ready-to-go distillate pens and Edison + PAX ERA distillate cartridges in January 2020 and Q2, 2020 respectively as per a Company statement.

The Company is one of the partners of PAX Era, a premier a closed loop vaporizer system, besides being an exclusive Canadian supplier of Feather Company. OrganiGram has plans to leverage its proprietary Nano-Emulsification technology to deliver a measured dose of cannabinoids that can be added to beverages, offering discretion, portability and an improved shelf life.

The Company has invested in Hyasynth, a pioneer in the field of cannabinoid science and biosynthesis, which uses a disruptive technology named “biosynthesis” to naturally grow Cannabinoids without the need for cultivating cannabis plants.

- Can Boxlight’s possible collaboration with Samsung help revive the Company?