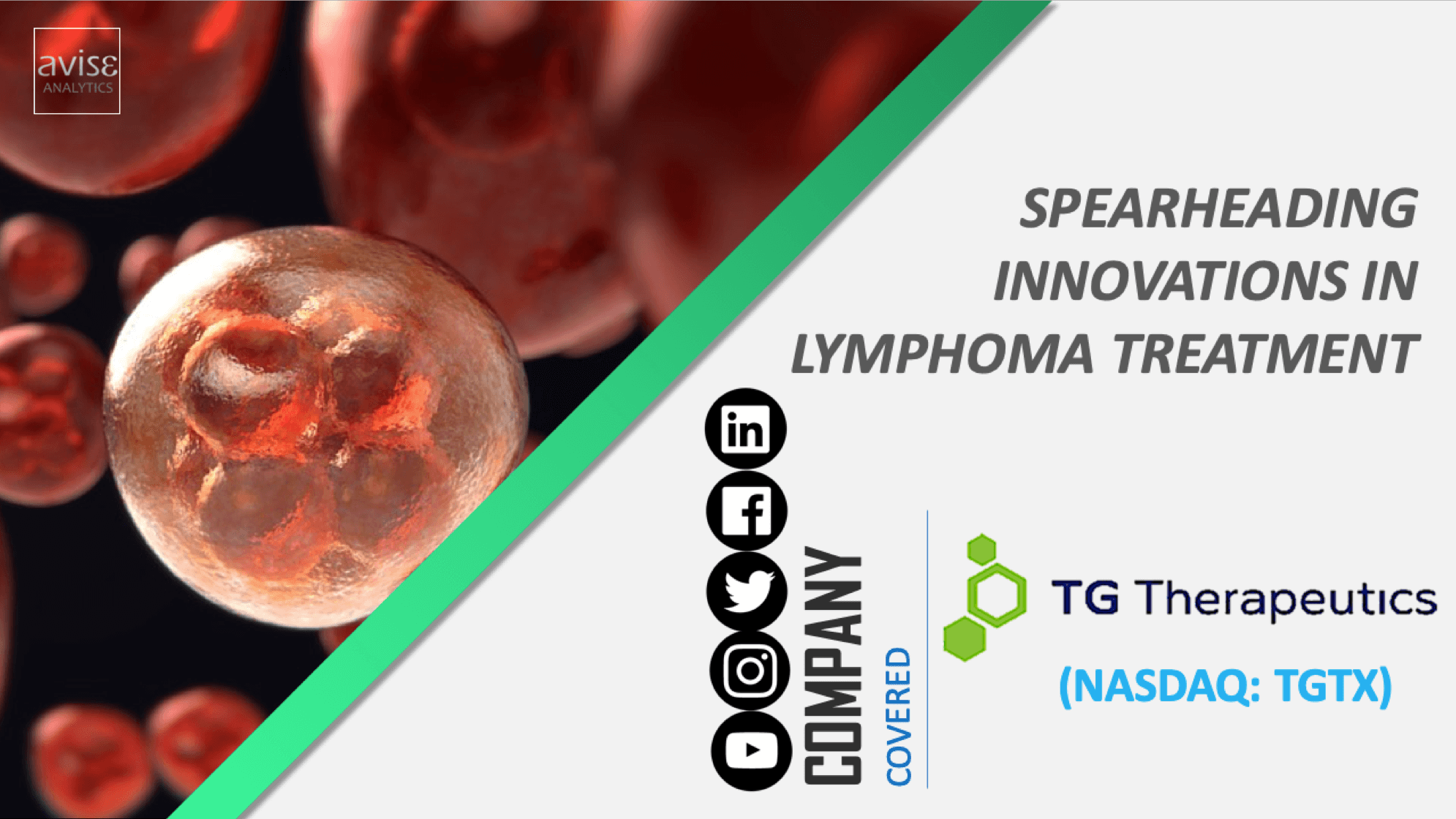 TG Therapeutics (NASDAQ: TGTX), a clinical stage company that is leading the innovation bandwagon in the field of novel therapies for B-cell malignancies and autoimmune diseases has had a great run at the stock market so far this year.

Its stocks have almost doubled in 2019 owing to news that the company’s lead product candidate umbralisib (TGR-1202) phosphoinositide-3-kinase (PI3K) delta inhibitor, not only showed positive interim data from the ongoing single-arm marginal zone lymphoma (MZL) cohort of its Phase 2b clinical trial known as UNITY-NHL, but also received an orphan drug designation (ODD) from the FDA for the treatment of patients with all three types of marginal zone lymphoma (MZL): nodal, extranodal, and splenic MZL. 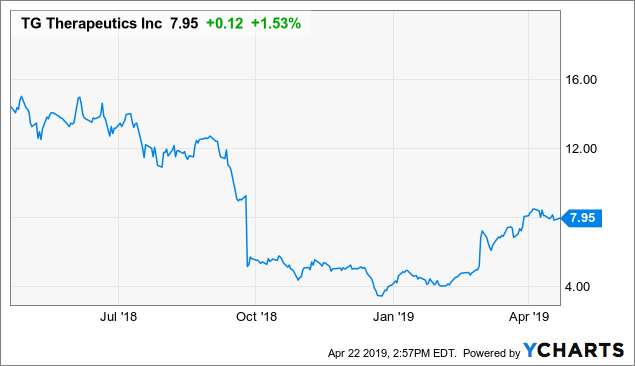 The company’s umbralisib (TGR-1202) had received Breakthrough Therapy Designation from the FDA in January 2019 for the treatment of adult patients with marginal zone lymphoma (MZL) who have been administered at least one prior anti-CD20 regimen.

Lymphoma, a common form of blood cancer occurs when lymphocytes, a type of white blood cell, grow and multiply uncontrollably and manifest as Hodgkin lymphoma (HL) and non-Hodgkin lymphoma (NHL). These in turn cause tumors by spreading to other parts of the body such as lymph nodes, spleen and bone marrow.

Lymphocytes are mainly categorized into B lymphocytes (B cells) and T lymphocytes (T cells) with the indolent (slow-growing) B lymphocytes (B cells) leading to Marginal zone lymphomas (MZLs), this accounts for an estimated eight percent of all Non-Hodgkin lymphoma (NHL) cases. The most common form of MZL is Extranodal MZL or Mucosa-Associated Lymphoid Tissue (MALT) which causes about two-thirds of all MZL cases per year, Nodal MZL which occurs within the lymph nodes accounts for about 31 percent of all MZL cases, followed by Splenic MZL according to the data made available by the Lymphoma Organization. 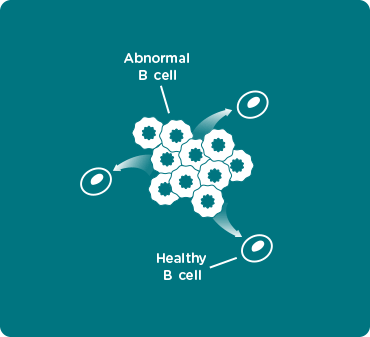 According to an estimate there are over 7,500 new cases of MZL diagnosed each year, in addition to 3,000 cases of relapse in the U.S alone. Globally, the non-Hodgkin lymphoma (NHL) market is likely to reach over $9.2 billion by 2020, according to thepharmaletter.

The treatment plan for MZL is based on the age, symptoms, site and stage of the disease, and varies from the administration of anti-biotic to proton pump inhibitors (PPIs), radiation therapy, surgery, chemotherapy and/or immunotherapy, rituximab (Rituxan) and ibrutinib (Imbruvica). However, there are various side-effects associated with the existing treatment options such as bleeding, reduction of blood cells, cardiac anomalies such as ventricular arrhythmias, atrial fibrillation, and atrial flutter, hypertension and secondary primary cancers.

The emergence of new technology has revamped the treatment landscape for MZL. Science now offers a greater understanding of the disease biology such as genetic and molecular characterization, path-breaking pharmaceutical engineering approaches that target intracellular signalling pathways that have resulted in improved efficacy and safety profiles.

The company’s pipeline consists of Ublituximab (TG-1101), a monoclonal antibody that targets a unique epitope on the B-lymphocyte CD20 antigen for the treatment of B-cell proliferative disorders, including Non-Hodgkin’s Lymphoma (“NHL”) and Chronic Lymphocytic Leukemia (“CLL”). It has been bioengineered to achieve enhanced potency and can also be used in indications of select autoimmune diseases such as Rheumatoid Arthritis (“RA”) and Systemic Lupus Erythematosus (“SLE”) and Multiple Sclerosis (“MS”).  It is currently undergoing phase III clinical trials in patients with hematologic malignancies and multiple sclerosis. These trials named as ULTIMATE I and ULTIMATE II, are being conducted under Special Protocol Assessment (SPA) agreement with the U.S. Food and Drug Administration (FDA) under the aegis of Lawrence Steinman, MD, of Stanford University.

In addition, it is engaged in developing TG-1501 (ANTI-PD-L1), a fully human monoclonal antibody of IgG1 subtype that directly attaches itself to Programmed Death-Ligand 1 (PD-L1) and inhibits its interactions with PD-1 and B7.1 receptors thereby enhancing the immune response and resulting in anti-tumor activity. It has recently bought TG-1501((ANTI-PD-L1) into Phase 1 development. It is conducting a phase 1 clinical trial in patients with recurrent or advanced cancers including classical Hodgkin lymphoma.

TG’s pipeline also has a BTK (Bruton’s tyrosine kinase ) Inhibitor named TG-1701, an oral covalently-bound BTK inhibitor, which can activate transcription factors such NFKB and NFAT that are crucial for the regulation, survival, activation, proliferation, and differentiation of B lymphocytes and posses the ability to treat B-cell lymphomas and autoimmune diseases. It is currently under Phase I clinical trial in China. 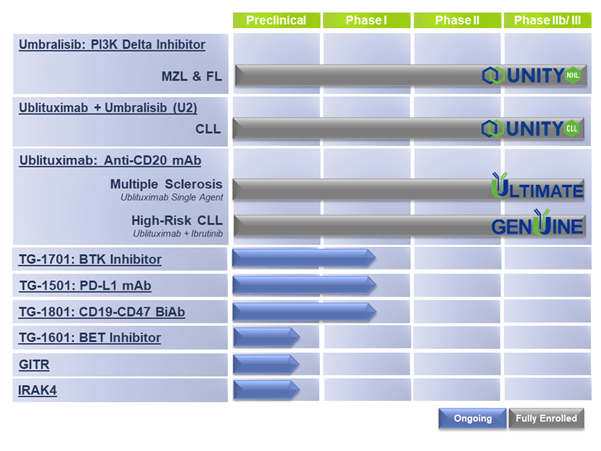 TG-1801 (CD47/CD19 Bispecific Antibody) is a first-in-class therapeutic that targets both CD19 and CD47. It overcomes the limitations of existing CD47 targeted therapies by eliminating the blanket obstruction of CD47 on healthy cells. Additionally, it offers enhanced safety by retaining IgG1 functionality and the induction of antibody dependent cellular cytotoxicity (ADCC), thereby providing a secondary mechanism of anti-tumor activity. It is also the first anti-CD47/CD19 bispecific antibody to initiate a Phase 1 clinical trial.

The company is also conducting preclinical IND-enabling studies for TG-1601 (BET inhibitor), a bromodomain and extra-terminal, BET, inhibitor that prevent proteins from binding to chromatin. It also resets the genome in tumor cells and reduces MYC (an oncogene) levels, thereby increasing sensitivity of tumors to chemotherapy, Immuno-therapies like PD-L1 or CD-20 antibodies. Glucocorticoid-induced tumor necrosis factor receptor related protein (GITR) is another candidate in preclinical development, which has shown to strengthen the antitumor immune responses when used in conjunction with agonistic antibodies.

IRAK4 (Interleukin-1 Receptor Associated Kinase 4), a key signaling kinase found in patients with Waldenström’s Macroglobulinemia, a rare B-cell cancer, some patients with Non-Hodgkin’s Lymphoma and Chronic Lymphocytic Leukemia. The company is studying the possibility of inhibition of IRAK4 for the treatment of autoimmune related disorders.

We believe that given the positive results from its clinical trials and the award of the Orphan Drug and Breakthrough therapy designation, TG is on track to create a novel triple combination drug therapy for B-cell malignancies and autoimmune disorders. The company has five drug candidates under Phase III trials covering areas such as CLL, NHL and MS and is confident of positive results in 2019 and 2020 from its ongoing clinical trials. The company is likely to become a commercial-stage biotech within the next 12 to 16 months and looking at its track record of some very impressive results from its clinical studies, the chances of a late stage failure are extremely remote.

It has an experienced and dynamic management team at its helm, led by Michael S.Weiss, who has been the company’s Executive Chairman, and President and CEO since December 2011. He is ably assisted by Sean A. Power, CPA, and the Chief Financial Officer since December 2011, the team also has Adam Waldman, Chief Commercial Officer who joined the company in June 2018 and previously worked as Head of Hematology-Oncology Marketing at Celgene Corporation.

- Pulmatrix Soars on News of Licensing Agreement with Johnson & Johnson