Building a Retail Empire – One Store at a Time! 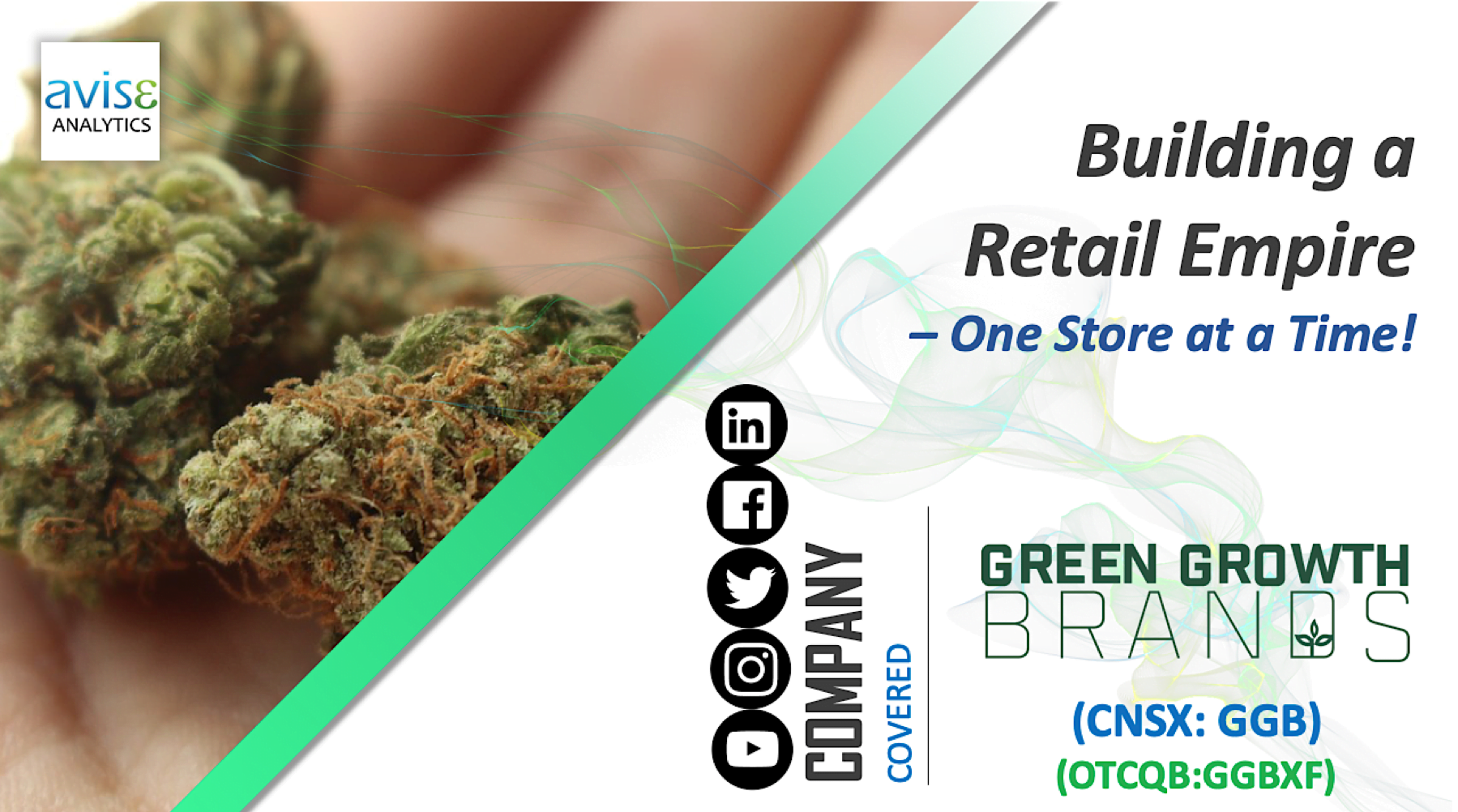 19 Jul Building a Retail Empire – One Store at a Time!

There is never a dull day in the Cannabis Industry!

Each day brings news of consolidations, expansions and diversification of established as well new entrants in the cannabis space, eager to make gains, in the possible event of legalization of Cannabis in the U.S. This year has witnessed some big-ticket mergers such as that of Curaleaf and Cura Partners, Canopy and Acreage, while some are focusing on increasing their yields, others are looking at expanding their retail presence by entering into strategic partnerships with Retail Giants from the FMCG space.

In January 2019, Green Growth Brands (OTCQB: GGBXF), formerly known as Xanthic Biopharma Inc, entered into a partnership agreement with Designer Brands, a footwear specialist, to sell an estimated 55,000 units of its Seventh Sense line of CDB-Infused personal care products such as lotions, balms and creams, through DSW’s 96 U.S Stores. The company’s initial pilot project, of placing Green Growths products in 10 stores, resulted in 74% of the product being sold in just 10 weeks, bellying the expectations of both the companies. 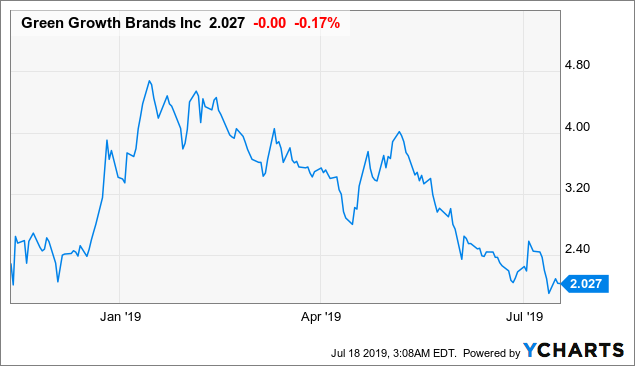 “[This] is the first step in our strategy to expand sales of personal care CBD products through external partnerships, in mall kiosks, and through a growing number of stores and online.”

The company’s strategic focus is on the millennial population, which is more open to accepting and experimenting with cannabis-based products. Its partnerships with Abercrombie and Fitch (NYSE: ANF) and American Eagle Outfitters (NYSE: AEO) are testimony to its future growth prospects. Similar to DSW (NYSE: DSW), Abercombie and Fitch will carry the Seventh Sense line of products in over 160 stores.

Furthermore, American Eagle Outfitters will start selling Green Growth’s CBD Infused lotions and aromatherapy products in over 500 stores from October 2019. In line with the CEO’s vision, the company will also be making a foray into opening stores in malls in 108 retail locations, through a partnership with Simon Property Group (NYSE: SPG), the largest mall operator in the U.S. It already has a similar agreement with Brookfield Properties, with 7 Green Growth CBD shops in operation, and plans to expand it to 70 shops in the near future.

The global legal marijuana market is likely to reach over USD 66.3 billion by the end of 2025, as per a report by Grand View Research, Inc, growing at a CAGR of 23.9%. There is a growing acceptance of the curative effects of cannabis, with some countries such as Canada and certain states of U.S legalizing the use of Marijuana for medical and recreational use. Research has time and again shown that cannabinoids (CBD), extracted from the cannabis plant, have varied medical uses with minimal side effects, making it a sought after alternative to traditional pharmaceutical options.

The cannabis plant has an estimated 113 different compounds out of which THC and CBD are the two main constituents. These affect the receptors in the brain to alter an individual’s physical and mental state. THC is mainly responsible for the psychoactive effects or the feeling of “high” caused by the use of cannabis.

CBD on the other hand, has several powerful anti-inflammatory, analgesic, neuroprotective and anti-anxiety properties, which explains its growing popularity to treat a plethora of medical conditions. Unlike THC, CBD does not have any psychotropic effects and hence is widely preferred. It is increasingly being used to treat conditions such as cancer, cardiovascular anomalies, arthritis, anxiety, depression and Insomnia. In addition, it has also been proven to possess neuroprotective benefits that can treat diseases such as seizures, Multiple Sclerosis (MS), Alzheimer’s, Parkinson’s and Schizophrenia to name a few.

The U.S, where the use of cannabis has only been legalized in 33 states for medical use and 11 states for recreational use, is one of the largest untapped markets for Cannabis, with an estimated value of over USD 11.9 billion in 2018, which is likely to grow at a CAGR of 24.1% from 2019 to 2025. There have been series of mergers and acquisitions in the Cannabis space, which have seen consolidation of major players such as Aurora Cannabis (NYSE: ACB), Canopy Growth (NYSE: CGC), Curaleaf (OTCQX: CURLF) etc, in the anticipation of legalization of marijuana in the U.S by the end of 2019.

The call for reform for legalizing marijuana at the federal level is gaining momentum with research proving time and again the many benefits of cannabinoids in treatment of various physical and neurological conditions. We feel that there is a growing acceptance of cannabis as pointed out by a survey by Gallup in October 2018, which saw two out of three adults now favor legalizing weed nationally 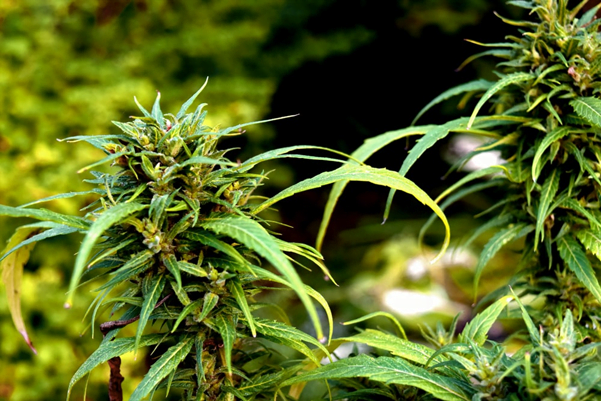 Green Growth has set its sight on becoming the leading cannabis retailing company worldwide. The company presently offers Seventh Sense, a range of personal care products such as Foot care, Body lotion and creams, Muscle and face care products. It also offers a curated and personalized mix of cannabis products under the Meri+Jayne brand name.

Its other offerings include feminine wellness products under the name Green Lily and Organic remedies through The Source chain of dispensaries in Las Vegas Nevada.

The Company aims to expand its retail footprint to over 200 stores by the end of this year.

We believe that Green Growth, owing to its experienced management team, strategic partnerships and diversified offerings, will be a cannabis player to watch out for in the near future.