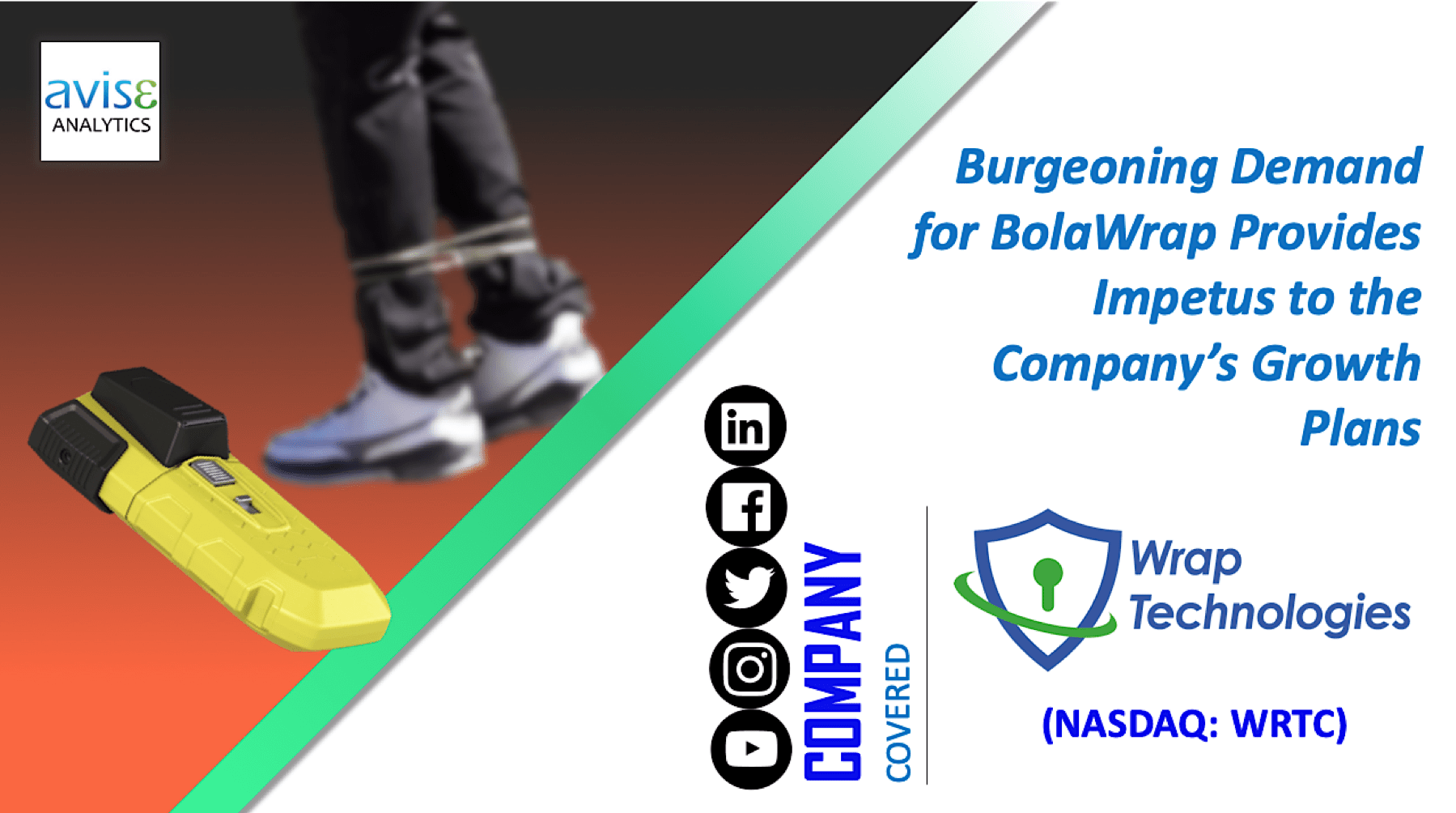 Posted at 12:26h in Technologies by admin 0 Comments
0 Likes
Share

Wrap Technologies (NASDAQ: WRTC), a pioneer in novel policing solutions, announced the filing of nearly 45 initial orders for BolaWrap devices and accompanying accessories for customers such as US federal and local agencies, US distributors and international distributors. The company which is led by Thomas Smith, former TASER International co-founder, is generating a lot of interest in law enforcement groups worldwide.

As per the company’s website, BolaWrap100 is in testing phase in 16 police departments in 11 states, besides being in the policy, training and field-testing phase in 31 departments across 13 states. The product has received endorsement from not only law enforcement personnel but human rights advocacy groups as well.

In July 2019, the company announced the receipt of an international distributor order valued in excess of $1 million, the shipment of which will commence in Q2, 2019. In addition, the Wrap has also received three international orders and five domestic distributor orders. The company is providing training and demonstration support to its distributors and customers to ensure effective and safe usage of the product. 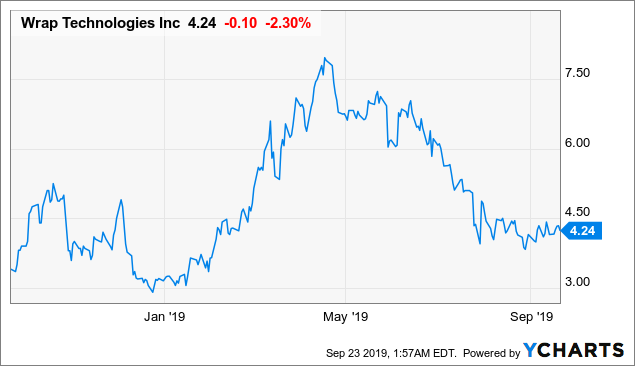 Tasers have become an integral part of law-enforcement, allowing police personnel to protect themselves without the use of excessive force or weapons. They are seen as alternatives to guns, with an 80 and 97 percent success rate of effectively subduing a suspect, as per claims of Axon Enterprises Inc (NASDAQ: AAXN), which is the sole manufacturer of these devices. However the claims of its efficacy are being questioned, with a report by American Public Media revealing data that claims that Tasers are effective only 55 percent of the time and in cases where they fail to subdue a victim, the electric shock only makes the situation worse by encouraging a violent and aggressive reaction from the suspect. Axon has been subjected to many product liability lawsuits, which led to the company incorporating “significantly improved safety margin” for its X2 and X26P versions of Tasers. 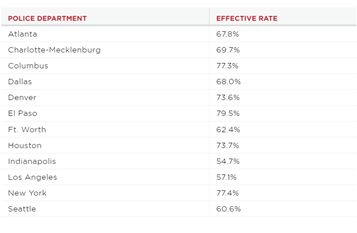 In 2018, at least 49 people died after being shocked by a Taser, according to a report by Reuters. There have been at least 1,081 U.S. deaths due to use of Tasers, since its extensive use in 2000’s, marked by the use of alternative force such as hand strikes or restraint. Out of 1081, the cause-of-death in 779 was ascertained and 21 percent of those deaths were caused due to use of Taser.

These incidents led to the initiation of an ongoing review of the proper use and safety of Tasers. The study also found that most policemen are not adequately trained on the risk, leading to misuse of the supposedly “non-lethal” Tasers. The manufacturer of Tasers, Axon Corporation attributes the cause of death to drug use, underlying medical conditions and use of excessive force. 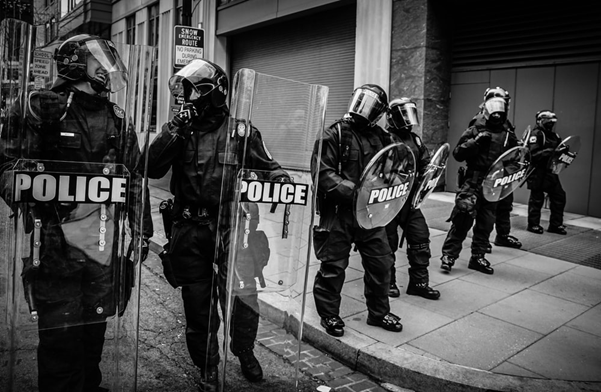 There are no standard or unified procedures governing the use of Tasers; however there is a growing call for creating awareness about the risks and limitations of the use of tasers, which has led to significant reduction in their usage by police departments. PERF and International Association of Chiefs of Police do offer guidelines about caution while using it on a vulnerable target and things to bear in mind while deploying them such as duration and frequency. However, there is a growing call for alternative methods of restraining and disarming, which does not lead to abuse and misuse.

BolaWrap is designed to be a non-lethal, non-threatening restraint device that does not rely on pain compliance to control a subject. The device specifically targets those who are non-compliant due to mentally illnesses or under the influence of drugs. It is easy and convenient to use and inflicts very low to negligent pain, thereby helping de-escalate the situation quickly.

The BolaWrap is a portable remote restraint device, which discharges an 8 foot Kevlar tether at 640 feet per second, to restrain a subject from a distance range of 10-25 feet. The device uses a patent pending green line laser technology to aim and target the subject. The BolaWrap is currently limited to use by law enforcement agencies, with plans to extend it to private security, bondsman and other parties in the future. 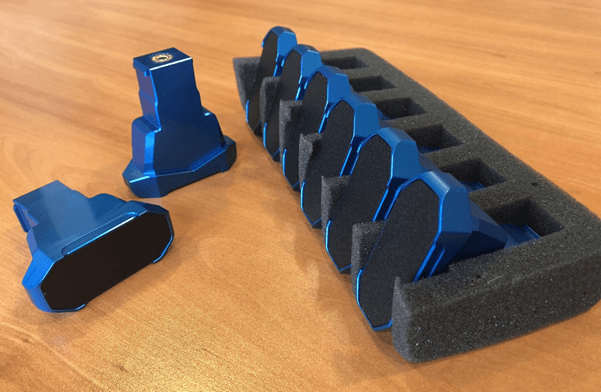 The accessories for the device consist of BolaWrap 100 cartridges, which are single use and made of recyclable aluminium. These can discharge an 8’ Kevlar tether, with the ability to wrap a subject 1-3 times at a distance of 10-25 feet, which is then secured by small barbs. In addition, they also offer a BolaWrap 100 Belt Clip that can be secured through a metal clip to a belt, outer vest or pocket. The device offers flexibility and can be used in conjunction with other restraint options. It is weather resistant and has a robust built, allowing for a quick loading of cartridges, thereby making multiple restraints possible.

The company is engaged in developing the next-generation model of the device, with plans to release it in the course of 2019. Besides the product, Wrap also offers extensive demonstration, training and certification support for its customers, to ensure effective and efficient usage of the device.

We believe that Wrap Technologies has the potential to transform the early engagement restraint device space, with its innovative product offering, and can establish a market leadership if it leverages the technical and managerial knowledge of its experienced team.