Sjogren’s, named after its discoverer Henrik Sjögren, is the most prevalent systemic autoimmune disease that predominantly affects women. This disorder is manifested in the form of dry eyes, dry mouth, joint pains and chronic fatigue and if left untreated can cause severe dysfunction in organs such as kidneys, liver, lungs, pancreas and central nervous system. As per a fact sheet made available by Sjogren’s Syndrome Foundation, over 4,000,000 people are afflicted with this condition in the U.S alone.

There is no cure for this aliment as yet and the treatment options are limited to the use of prescription and over the counter medicines such as saliva stimulants, proton pump inhibitors and antifungal medication that seek to alleviate the symptoms. In case of internal organs being affected Corticosteroids and Immunosuppressive medications may be suggested.

A report by Transparency Market Research states that the Sjogren’s clinical pipeline consists of 42 drug molecules out of which 38% are biologics, 35% are small molecules, 10% are fusion protein, and 16% are others (protein, peptide, recombinant protein, and devices). The advances in diagnostics techniques, increased awareness, and positive regulatory climate are some of the drivers of growth in the market.

We take a look at some promising innovations in the sjogren’s therapeutic space, which have the potential to offer major relief to those suffering from it. 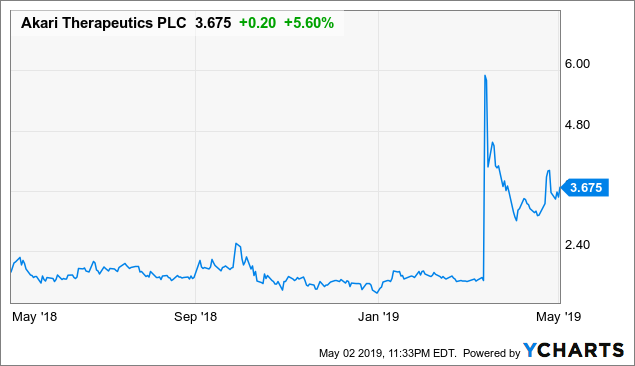 The company develops path-breaking solutions for treatment of chronic orphan autoimmune diseases by regulating the complement (C5) and leukotriene (LTB4) pathways. Its lead drug candidate coversin which was renamed as nomacopan on account of its acceptance as an international nonproprietary name by the WHO exhibits a novel dual mechanism of action in both C5 and LTB4. Nomacopan is a recombinant small protein (16,740 Da), C5 complement inhibitor that can also inhibit leukotriene B4 (LTB4) activity.

Akari’s lead candidate, nomacopan, has successfully completed a 60 days topical eye toxicology trial for the treatment of sjogren’s syndrome and has demonstrated an ability to reduce surface inflammation when delivered through ocular route leveraging on nomacopan’s small molecular size. The drug has several advantages such as the potential to lower the dosage required for treatment and prevention of peripheral complement inhibition. It can also minimize the risk of meningitis infection or need for prophylaxis.

Some of the advantages of nomacopan are that unlike other antibodies like eculizumab it can be administered through the ocular route and unlike genetherapy it does not require systemic complement inhibition. The drug is currently being evaluated in a Phase II atopic keratoconjunctivitis (AKC) clinical trial in patients with severe dry-eye including vernal keratoconjunctivitis (VKC), sjögren’s syndrome and mucous membrane pemphigoid. 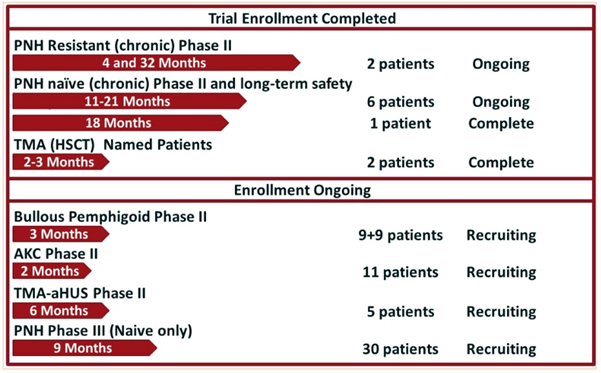 Resolve’s lead candidate for the treatment of sjogren’s syndrome is RSLV-132, a mono-specific nuclease fc-fusion protein that eliminates immune complexes, inhibits the activation of interferon and restores the damage caused to kidneys. This biopharmaceutical company’s sole focus is on unmet medical needs in the treatment of systemic lupus erythematosus (SLE) and sjögren’s syndrome. It has leveraged upon the insights offered by scientific advancements and research in the molecular basis of these diseases to forge a novel approach to treating lupus and sjögren’s syndrome.

RSLV-132 eliminates RNA, one of the primary causes of inflammation in both lupus and Sjögren’s syndrome and helps decrease inflammation and its impact on other organs. The company is currently engaged in Phase II clinical trials to study the role of circulating RNA complexed with autoantibodies and immune complexes and its effect on inflammatory pathways in patients with primary Sjogren’s syndrome. 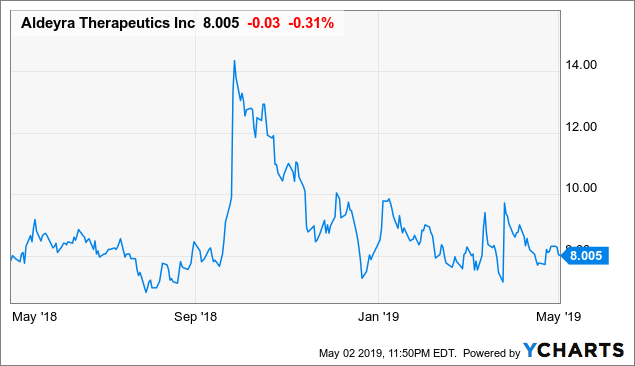 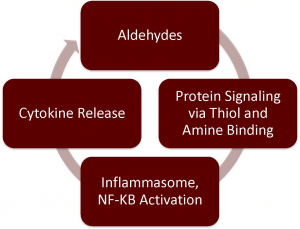 It seeks to leverage its understanding of RASP levels to tackle intracellular inflammatory factors including NF-kB, a prominent protein in the inflammatory response. Its reproxalap can bind to free aldehydes triggering a covalent reproxalap-aldehyde adducts that can degrade intracellularly within hours with significant lowering of aldehyde levels. The company plans to initiate part 1 of its Phase 3 clinical trials names RENEW in the first half of 2019 to test the efficacy of reproxalap ophthalmic solution (0.25%) in treatment of ocular dryness, and fluorescein nasal region staining.

The company is currently engaged in crucial Phase III clinical trials named RESET, of topical dermal reproxalap for the treatment of ichthyosis (scaly, thickened, dry skin) associated with sjögren-larsson syndrome (SLS). Phase 1 results from the trials are expected to be announced in H2, 2019.

In the pipeline are drug candidates ADX-1612 for Mesothelioma, PTLD and Ovarian cancer, ADX-629 and ADX-1615 for autoimmune disorders that are undergoing clinical trials. The company has acquired Helio Vision for its Phase 3 ready ADX-2191, for Proliferative Vitreoretinopathy (PVR). ADX-2191 has received Orphan Drug Designation from the U.S. Food and Drug Administration for the prevention of PVR and the company intends to launch phase 3 clinical trials during second half of 2019. 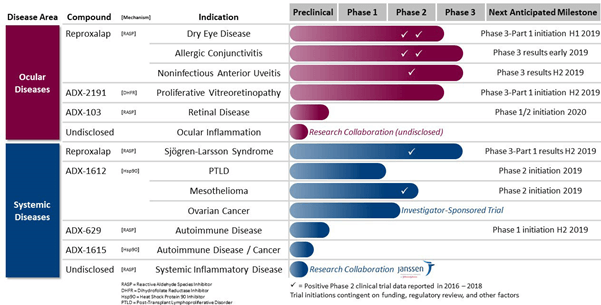 It raised funds amounting to $67.6 million through its underwritten public offering in October 2018.

As of December 2018, its cash, cash equivalents, and marketable securities were $93.6 million including proceedings from the public issue. 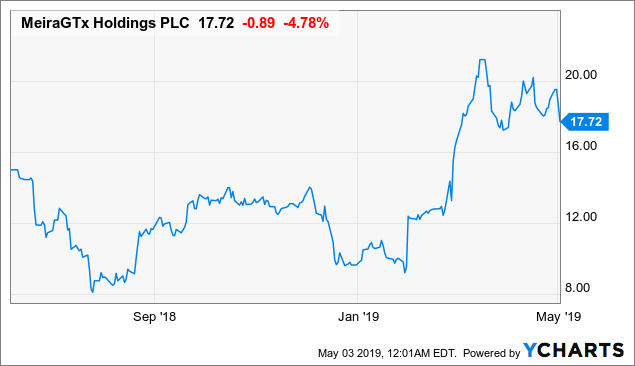 This clinical-stage company is developing gene-therapies for curing patients with chronic illnesses. The company has five ongoing clinical trials dealing with three ocular indications, one salivary gland disorder and a parkinson’s disease program. It has an extensive pipeline consisting of preclinical and research programs initially focussed on diseases related to eyes, salivary gland and central nervous system. The company plans to leverage on its expertise in viral vector design, optimization and gene therapy manufacturing to being cutting-edge solutions in areas with large unmet needs. 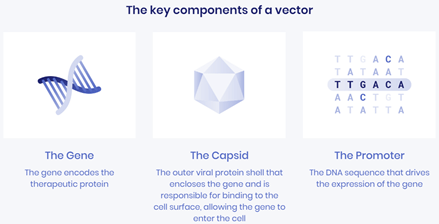 Its gene therapy uses a vehicle called a vector for delivering a gene encoded with therapeutic proteins into the body to target diseases born out of mutations in a single gene in a patient’s genome. It can also be used in multiple scenarios such as altering the functioning of a gene by adding a new gene function to cells, block a disease pathway or to modulate a disease pathway in cases such as alzheimer’s.

The company uses the adeno-associated virus (AAV) as its vector as it offers many advantages over older vectors such as no immune reaction and not integrating into the genome hence lowering the risk of cancer.

Its lead candidate for the treatment of sjogren’s syndrome is AAV-AQP1. The company is preparing to launch a Phase 1/2 clinical trial for chronic xerostomia caused by sjogren’s syndrome in 2019. The company entered into an exclusive licensing agreement with the National Institute of Dental and Craniofacial Research (NIDCR), a division of the National Institutes of Health (NIH), for acquiring the worldwide rights to adeno-associated virus vector mediated gene delivery of aquaporin-1 for sjögren’s syndrome patients with associated xerostomia (dry mouth) or xerophthalmia (dry eyes) in October 2018.

In addition, its pipeline consists of candidates for the treatment of ocular conditions such as achromatopsia, RPE65-Deficiency. Its salivary gland programs include treatment for xerostomia and its neurodegenerative disease programs are focussed on parkinson’s and ALS. 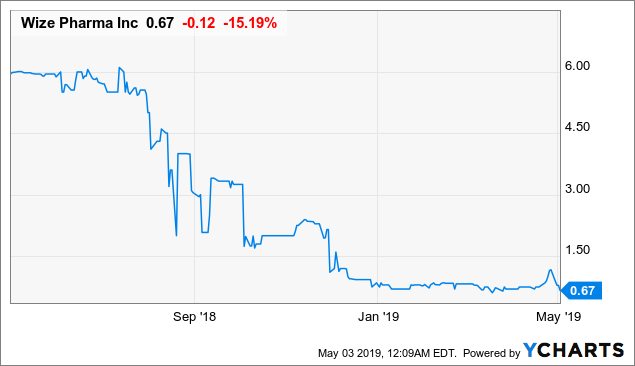 A clinical stage biotechnology company, Wize Pharma, has developed a formula named LO2A, a drug candidate for the treatment of DES, and other ophthalmological illnesses, including conjunctivochalasis (“CCH”) and sjögren’s syndrome. The company is focused on creating solutions for ophthalmic disorders such as Dry Eye Syndrome and other inflammatory conditions.

L02A is an artificial tear preparation that can lubricate and safeguard ocular surface tissues. The formula has a robust safety profile with more than 10 years of sales in Europe with minimal side effects. The company holds exclusive marketing & distribution rights in US, ROW (*), Ukraine & Israel. 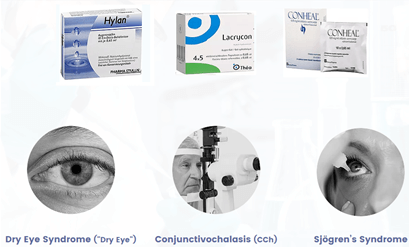 The company recently formed a joint venture (JV) with Cannabics Pharmaceuticals (OTCQB: CNBX), a company that offers customized cannabinoid medicine to undertake the research and development of cannabinoid based treatments for ophthalmic disorders.

It also has an exclusive distribution agreement with HPGC Medical Co, (HPGC), a division of Harbin Pharmaceutical Group Co (SSE: 660664) (one of China’s largest healthcare companies for the distribution of LO2A. According to the agreement Wize will receive between $22.5 million and $40 million in sales in China over a five year term subject to receipt of regulatory approvals in China.

- Bionano Genomics Skyrockets on Published Study on Autism Risk Gene. Can it maintain the Momentum?