Tapinator Inc – One Step Ahead of the Game! 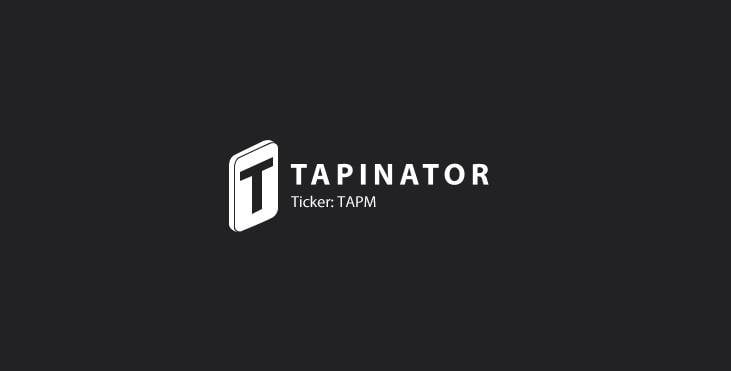 23 Jul Tapinator Inc – One Step Ahead of the Game!

Tapinator Inc, (OTCQB: TAPM) a developer of category leading apps for mobile platforms which has built a library of more than 300 titles with more than 450 million mobile downloads, has announced plans to launch a new social casino game to be introduced in Q4, 2019. The company has entered into a licensing transaction, with a reputed European real-money slots developer, for an innovative IP, slot mechanic and metagame system that will serve as the basis for Tapinator’s upcoming game. The details of the deal are still undisclosed, with the company intending to make the details public closer to the launch of the game.

The real-money version of the product is reportedly a top performing slot game, with a virtual presence in an estimated 200 online casinos in numerous European countries. Tapinator aims to bring innovation into the Mobile Slot machine game space, which has thus far remained largely stagnant. The company plans to leverage the new licensing deal, along with its social casino and mobile expertise, to create a novel mobile slot game that offers significant player entertainment, engagement, progression, and monetization. 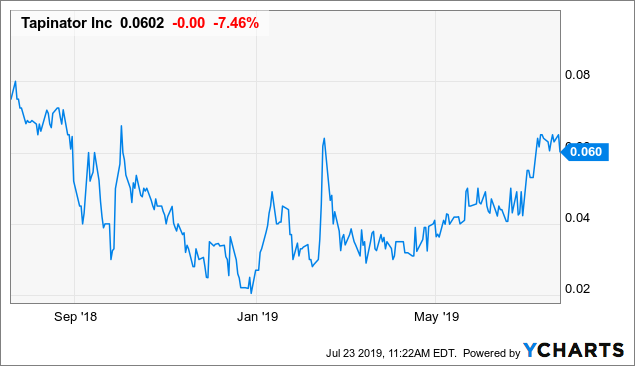 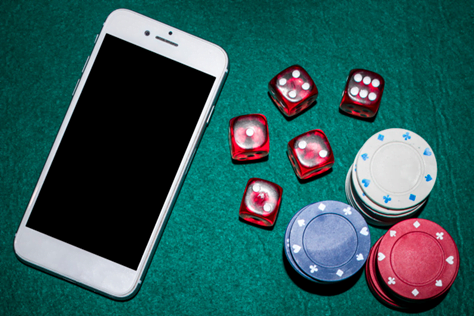 The Second-Largest segment is Console gaming with revenues of $34.6 billion in 2018. The report points out that the industry grew at a CAGR of 11 percent between 2012-2021, which in itself is a major accomplishment, as maintaining a double-digit growth rate for over a decade, is no easy feat.

The segment will have grown from an inconsequential sector in 2012 to a 100-billion-dollar industry by 2021.

The gaming industry is very lucrative and attracts a lot of players, both big and small. It involves evolving technology such as Augmented Reality and Virtual Reality to offer cutting-edge games, however developing and monetizing games comes with its own set of challenges and constraints. Growing competition, rising costs and rapidly changing customer preferences make careful planning and mitigation of risks imperative.

Feature Creep is a major challenge for game developers, as it leads to an overloading of features and mars the experience for the end-user. Therefore it is advisable to release the game in phases, and use inputs from user feedback and behavior insights, to make improvements or deletions, without losing the focus from the core idea of the game.

Monetization is the biggest challenge faced by developers and acts as a barrier to entry for the customer. The choice between ads, freemium model and paid subscription will primarily depend on the ultimate target audience for the game and the revenue goals of the company.

User retention is the underlying goal of any game development company. Creating engaging content along with a user-friendly interface, providing constant upgrades in the form of features, characters or design elements are likely to retain the user for longer, but also involve a lot of strategy and planning. Another key element is the optimal use of advertising and marketing promotions to attract new users and build a large user base. The key to a company’s success in the mobile gaming industry therefore lies in achieving a balance between all these elements. Few companies do manage to find the optimal mix and Tapinator appears to be one such firm.

Bringing the “A” Game

Tapinator Inc. which went public in 2014, after a reverse merger with Tapinator LLC, develops and publishes category leading apps for mobile platforms, with a specific focus on social casino titles such as Video Poker Classic, Solitaire Dash, and Crypto Trillionaire. The company works with the iOS, Google Play, and Amazon platforms for the launch of its games in major markets across the world. 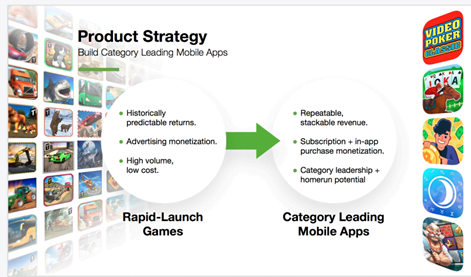 The company began its operations by developing Rapid-Launch Games” or casual mobile games characterized by development costs and predictable, yet limited, returns. This strategy led to the development of a library consisting of over 300 titles that have achieved 450+ million downloads so far. Beginnning in 2017, Tapinator shifted gears and is now focused on the development of “Category Leading Apps” that are timeless, have top grossing potential and offer repeatable, stackable revenue. Its revenue model is based on consumer transactions such as in-app purchases and subscriptions, as well as branded advertisements.

Tapinator is the $5.2 Billion Social Casino Apps Market, characterized by players who have a higher level of impulsivity and reward sensitivity. Its first successful Category Leading App, Video Poker Classic was developed in 2016, followed by Solitaire Dash and Dice Mage 2 in 2017. Video Poker Classic is the top video poker game on iOS, Google Play, and the Amazon Appstore, with over 25,000 reviews with an average rating of 4.7 out of 5.0 on iOS alone. It is already a seven figure game and is expected to grow further with the launch of upgraded versions in 2019. This year also saw the company launch of Crypto Trillionaire, a novel idle tapper game with crypto theme. 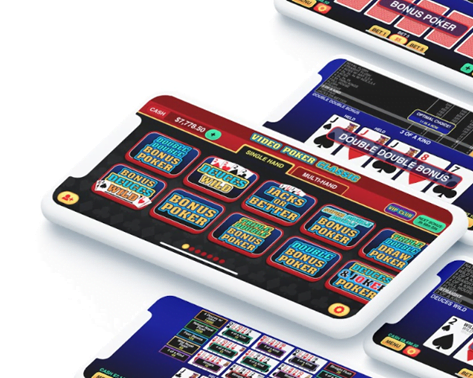 The company has entered into a 4-Yr. Distribution Deal with Cheetah Mobile (NYSE: CMCM) for Solitaire Dash and expects considerable lifetime deal value. Tapinator is hopeful the game will capture significant market share in the timeless solitaire genre. The company recently launched their first two pure-play subscription product as well. It intends to be an early mover in the astrology, horoscope and psychic services market and has launched a best-in-class horoscope product “My Horoscope.” 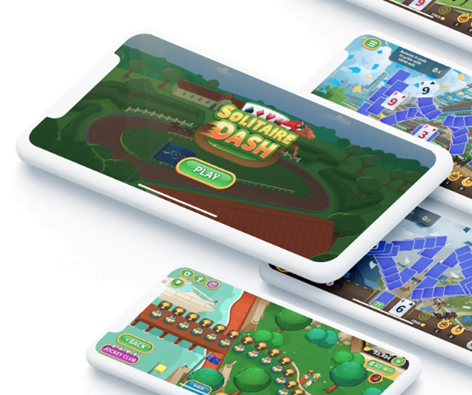 Tapinator boasts of expertise in live operations involving player analytics, attribution and optimization. It has built a robust network of editorial relationships with over 14 of its games featured on the “New Games We Love” platform on iOS. It has a DAU (Daily Active User) base of 228,000 subscribers. 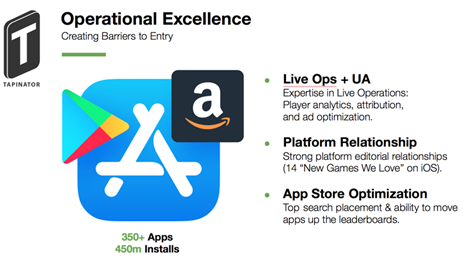 The company is looking at expanding it distribution and publishing initiatives, pursue acquisitions of companies with evergreen products and strengthen its platform relationships as part of its growth strategy. It is also keen on integrating Artificial Intelligence with its existing and future product offerings. As part of its long-term objectives, the company wants to up-list to NYSE or NASDAQ. It will continue to focus on freemium based products with recurring revenue streams, and look to maintain its momentum of positive cash flow from operations and adjusted EBITDA. It is also looking at reinvesting in leading mobile franchises that are number 1 or 2 within their respective category. 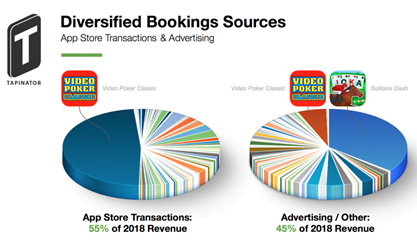 Financially the company is stable and in a very favorable position. The company boasts of an adjusted EBITDA positive performance every year since inception, owing to a highly diversified app portfolio and an effective monetization strategy based on a both app store transactions and advertising sales. In 2018, the company’s Booking and Adjusted EBITDA were $3.3mm and $133k, respectively. It is Debt-free, with a clean capital structure, and has positive cash flow from operations.

We believe that the company has its focus set in the right direction with its Category Leading Apps strategy and focus on the social casino genre. It enjoys a steady stream of recurring revenues through its robust portfolio of Rapid-Launch games including over 300 active titles, of which, 100 have achieved more than one million player downloads to date. Tapinator’s portfolio of Rapid-Launch Games generated historic ROI of 3.8x on its investment, offering a very lucrative risk return profile.

The strategic shift from Rapid-Launch Games to development of Category Leading Apps has proven fruitful for the company, with recent segment bookings registering a 300% growth rate. It is also seeking diversification of its portfolio by targeting the $2 billion the Astrology, horoscope and psychic services market and expects to be one of the top 150 grossing potential translating into a nearly $10m+ annual revenue opportunity.

Its deal with Cheetah Mobile, a company with a $460 million market capitalization, opens up a world of opportunities. The Beijing based company has over 600 million global MAUs in more than 200 countries and regions and will allow Tapinator to gain a foothold in the Asia-Pacific region, especially China.

Avise Analytics has not received any fees or other compensation for preparing this article. However, it has received a one-time engagement fee of USD 3,000 from Tapinator, Inc. for the production and broad dissemination of an in-depth research report of Tapinator, Inc. Avise Analytics may seek additional fees for the provision of a press release. The non-research related service cost is dependent on the company, but usually do not exceed USD 2,000. Fees are paid upfront in cash without recourse. Its analysts have not received any compensation from the featured companies or from any related party. Avise Analytics has a restrictive policy relating to personal dealing and conflicts of interest. For full disclosures pertaining to this report, click here