Will the E-Cigarette Dream Run Evaporate in Smoke? 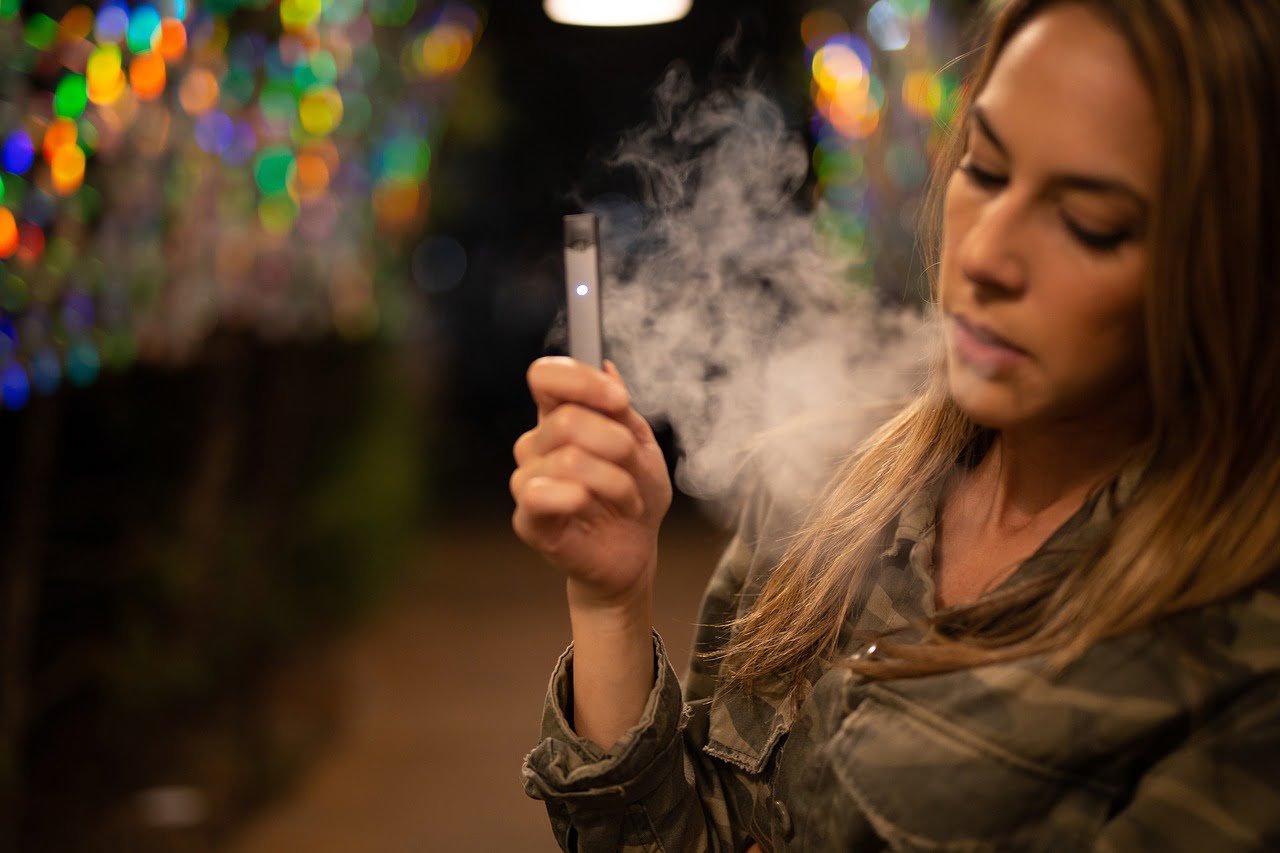 24 Sep Will the E-Cigarette Dream Run Evaporate in Smoke?

The Food and Drug Administration of America (FDA) has initiated a criminal investigation into the supply chain of Cannabis, to tackle the vaping “epidemic”, which has led to at least 530 people taking ill and 8 succumbing to Lung Injury related to the use of Vaping or Electronic Cigarettes. Besides Vaping Devices, the focus of the investigation is also on e-cigarettes, e-hookahs, and electronic nicotine delivery systems.

According to the information provided by Centers for Disease Control and Prevention, CDC along with FDA, state and local health departments and other public health partners are studying the cause of a Pan-America Outbreak of lung injuries associated with e-cigarette products. So far there have been 530 reported cases of injury from 38 states and 1 U.S. territory (Virgin Islands) along with 8 deaths. 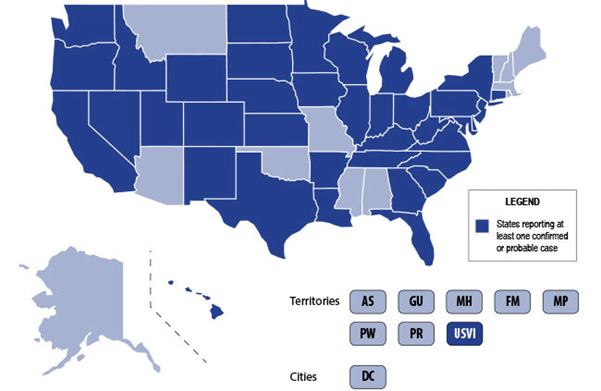 Pending Investigation, the CDC has issued an interim recommendation for healthcare providers and public, to refrain from using e-cigarettes and vaping product, especially youth and young adults and pregnant women.

Vaping refers to the use of e-cigarettes products that use a heated liquid to create an aerosol, which is then inhaled by users and reaches the lungs. The liquids usually consist of nicotine, THC, CBD, moisture retaining humectants such as propylene glycol and other additives.

Approximately 66.9 million people aged 12 or older are existing users of a tobacco product, and a whopping 55.2 million were cigarette smokers according to a study named Behavioural Health Trends in the United States: Results from the 2014 National Survey on Drug Use and Health. The same study also reveals that 1 in 10 Americans or over 27 million people aged 12 and above used illicit drugs. Another 2018 report by the National Academies of Sciences, Engineering, and Medicine, 58.8 percent of e-cigarette users also smoked cigarettes, leading to “dual” or “poly tobacco use” and another 65.2 percent of youth reported using another tobacco product in the last 30 days of using e-cigarettes.

A report by Mordor Intelligence estimates that the global e-cigarette market will be worth over $18 billion by 2024, growing from $11 billion in 2018.

The new generation of e-cigrattes has nicotine salts in e-liquids, which supposedly increases the absorption of nicotine into the body, raising questions about their safety and long-term implications on users. In addition most of additives and flavors used in vaping have been approved by the FDA for oral consumption and not inhalation. Most of the vaping devices do not create a vapor, they produce aerosol, which may have chemical particles in it, either derived from the liquid solution or the device itself. Another major concern is the level of nicotine in these devices, which in some cases are on par with a combustible cigarette. Studies have found mislabeling to be a major cause for concern for most e-cigarettes, rendering their reliability questionable. 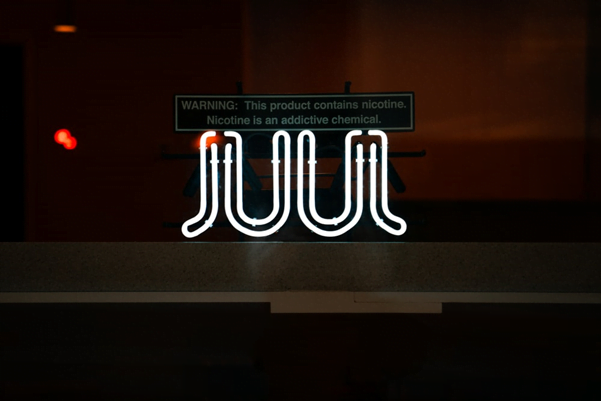 Introduced in 2016, JUUL quickly established itself as the market leader, owing to its sleek design and hi-tech features, including high-nicotine delivery by using nicotine salt formulation. The company commands close to 68 percent market share. There have been similar products introduced into the market hoping to capitalize on their growing popularity. E-cigarettes are considered to be less harmful than combustible tobacco as they contain fewer toxic substances. However this does not hold always hold true, as each e-cigarette varies in the ingredients and devices used, and delivers various levels of nicotine into the body.

The 2017 National Youth Tobacco Survey points to the fact that there is a growing acceptance and use of e-cigarette products, among young people, and flavored products have the highest pull for this population. Furthermore, a 2015 National Health Interview Survey report shows that 40 percent of young adults who use e-cigarettes never smoked before trying e-cigarettes. 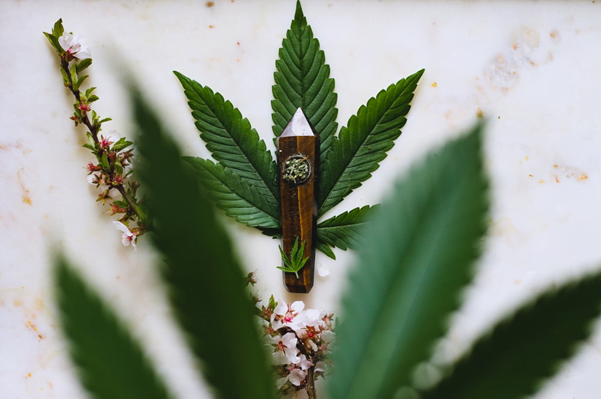 One major concern for a person using CBD for the first time is whether the quality and potency of the product being sold is true to its claim. A study that was conducted on 84 CBD based products that were purchased online from 31 companies reveals some startling information. The products were sent to a third party independent lab for blind testing, and out of the total sample, 26% had less CBD than advertised on the label (Over-labelled) and 42% had more CBD than advertised (Under-labelled). Only 31% of the products had accurately reported the CBD content. This shows the need for a more stringent regulatory framework for monitoring and testing cannabis based medicinal products.

What Does it Mean for the Industry?

The CDC recommendation has very serious and far-reaching implications for the industry. Amid growing concerns and regulatory uncertainty, prominent brands such as Walmart, are discontinuing the sale of electronic cigarettes. Earlier this year, Rite Aid (NYSE: RAD), one of the country’s biggest pharmacy retail chains also stopped selling e-cigarettes.

The reported incidences of lung injuries and deaths have prompted the administration to take flavored e-cigarettes off the market. On September 2019, Senators Mitt Romney and Jeff Merkely introduced a bill to ban flavored e-cigarettes and apply cigarette taxes to the devices to discourage their use by teens.

Though laudable, the move has been criticized by the American Vaping Association, which feels that the ban will push people back to more dangerous combustible tobacco products and will not help check the incidences of THC contamination. Their argument being that the move will only help create a black market and illegal use of the product, without addressing the real issue on hand. 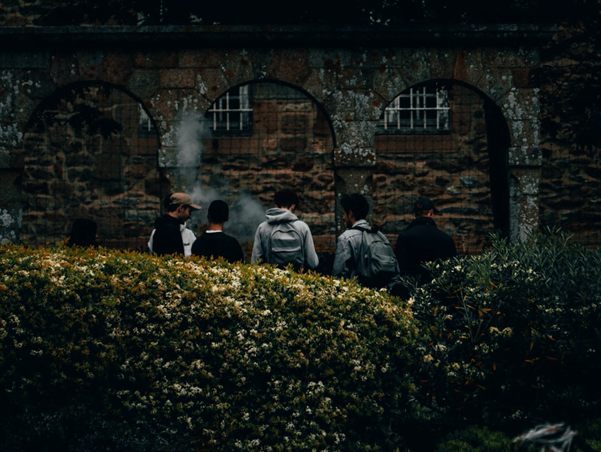 According to a report by the New York Times, the ban of flavored e-cigarettes will have an adverse effect on the $2.6 billion industry consisting of roughly 20,000 vape and smoke shops, including JUUL labs. Flavored products account for over 85 percent of domestic sales for the company, as per a company official. The company has invested in an army of lobbyists in Washington and state capitals across the country to fight the proposed ban and may push for exemption of at least mint and menthol flavors.

The companies will now focus on expanding their operations in markets overseas, especially in countries like China, where regulations may not be as stringent. JUUL already offers its products in 19 countries outside the United States.

The real loss, however will be experienced by the smaller local stores, which customize and create blends for vaping that also face an imminent ban.