A Cure for Narcolepsy No Longer a Pipe-Dream! 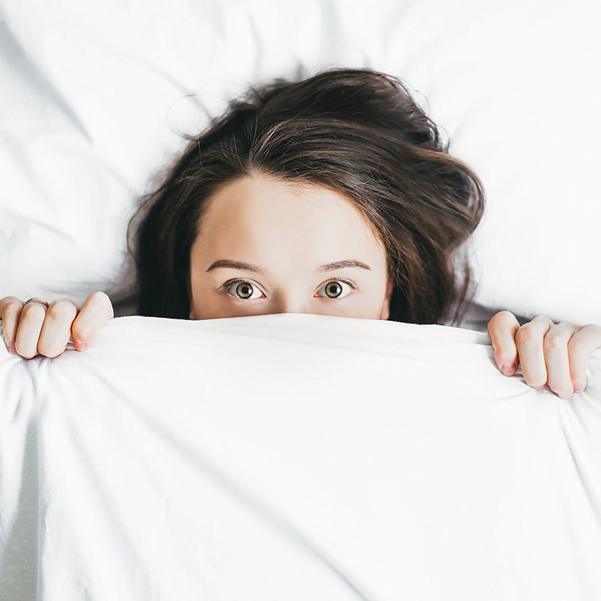 22 Jul A Cure for Narcolepsy No Longer a Pipe-Dream!

Narcolepsy is a sleep disorder that affects 1 in 2000 individuals and is caused by the loss or damage of a chemical named Hypocretin present in the hypothalamus, which is responsible for the regulation of sleep cycles and alerting the brain. This disorder is characterized by difficulty in staying awake, disruption in sleep-wake cycles, sleep paralysis, disturbed sleep and insomnia, vivid hallucinations and cataplexy (Partial or total loss of muscle control).

The National Institute of Neurological Disorders and Strokes (NIH) estimates that between 135,000 to 200,000 people are afflicted with this condition in the U.S alone, with a substantial number of cases still remaining undiagnosed. There is no definitive cure for this condition at present however medication and behavioral changes help manage the symptoms from interfering with the social, psychological and cognitive functioning and development of those affected.

Research shows that Narcolepsy may be caused due to a combination of factors such as autoimmune disorders, genetic disposition or family history and sudden traumatic brain injuries that damage the hypothalamus. The diagnosis involves a physical examination and specialized tests such as Polysomnogram (PSG or sleep study) and multiple sleep latency test (MSLT). Once diagnosed, the patient will have to use medications such as Modafinil, a central nervous system stimulant, or amphetamine-like stimulants such as methylphenidate, antidepressant drugs that can control cataplexy and the highly regulated gamma hydroxybutyrate or GHB.

The need of the hour is better therapeutics that can overcome the limitations of existing treatment options such as nausea, headaches, insomnia and mood swings. In addition antidepressant medication can cause weight gain, hypertension and sexual dysfunction as well. We take a look at few companies that are engaged in developing novel therapeutics that could transform the lives of those affected with this illness. 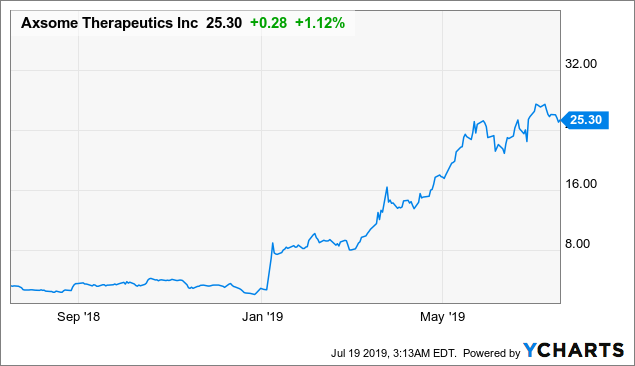 Axsome uses its chiral chemistry and formulation capabilities to identify, isolate and stabilize chirally pure enantiomers for developing drug candidates for the treatment of central nervous system (CNS) disorders with large unmet needs. Its proprietary MoSEIC™ technology can increase the solubility and absorption of drug molecules, while its metabolic inhibition technology can increase the bioavailability and prolong the half-life. The company uses its in-depth knowledge of synthesis and analysis for narrowing target drug molecules.

AXS-12(reboxetine), a highly selective and potent norepinephrine reuptake inhibitor, is its lead candidate for treatment of narcolepsy. Reboxetine has a proven safety record in Europe as well as 40 countries worldwide, where it is currently approved for depression. The clinical results from preclinical and preliminary studies point to the efficacy of AZS-12, by significantly reducing narcoleptic episodes in hypocretin (orexin)-deficient mice. In addition, patients in a pilot trial experienced improving daytime sleepiness with reduced cataplexy.

It has received a fast track designation from the FDA for both Alzheimer’s and treatment resistant depression.

The company is presently engaged in Phase 3 clinical trials for use of AXS-05 in treatment resistant depression (TRD). In addition, it is conducting a Phase 2/3 trial for the treatment of agitation associated with Alzheimer’s disease (AD) and a Phase 2 trial for the cessation of smoking. The company has also received a breakthrough Therapy designation for AXS-05 for the treatment of major depressive disorder (MDD) from the FDA in March 2019.

Its pipeline consists of AXS-07, a combination of MoSEIC™ meloxicam and rizatriptan for the treatment of acute migraine, AXS-09, a chirally pure esbupropion and dextromethorphan combination that targets CNS disorders.

Harmony Biosciences is a biopharmaceutical company that is developing novel therapeutics for rare and orphan diseases, with special focus on central nervous system disorders. Pitolisant, its lead product candidate, is a first-in-class histamine 3 (H3) receptor antagonist/inverse agonist that can help treat excessive daytime sleepiness (EDS) and/or cataplexy. The drug acts by promoting the activity of histaminergic neurons in the brain that can help regulate the sleep-wake cycle.

The FDA granted the drug an orphan drug, fast track and breakthrough therapy designation; this was followed by the acceptance of a New Drug Application (NDA), along with a priority review for the product, in February 2019. The company is now focusing on obtaining an FDA approval to market Pitolisant in the U.S. in 2019.

In 2017, Harmony made a $270 million equity financing deal with French company Bioprojet SCR, to acquire exclusive development and marketing rights for Pitolisant in the U.S market. The company enjoys the backing of investment and venture capital funds such as Aisling Capital, Fidelity Investments, HBM Healthcare Investments (HBMN.SW), Novo Holdings (NVH.V) to name a few.

“We are inspired by the opportunity to bring a first-in-class treatment with a novel mechanism of action to patients in the U.S. living with narcolepsy, as there have been no new advancements to treat the most disruptive symptoms of this disorder in over a decade.”

The company intends to extend the application of Pitolisant in other orphan and rare neurological conditions. 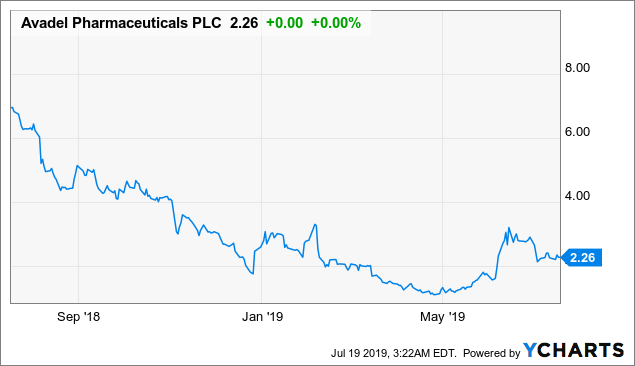 The company is currently focusing all its efforts on FT218, an investigational drug, which is a Micropump®-based formulation of sodium oxybate, the only FDA-approved drug for the treatment of excessive daytime sleepiness (EDS) and cataplexy. It is intended to be administered once-daily, before bedtime to treat excessive daytime sleepiness and cataplexy. The drug received an orphan-drug designation from the FDA in January 2018. It is currently being evaluated in phase III clinical trials for patient safety and tolerability.

It is currently engaged in Phase III clinical trials in Narcolepsy named “Rest-On” (Randomized study Evaluating the efficacy and SafeTy of a Once Nightly formulation of sodium oxybate) and is enrolling patients for the same. FT218 has been granted a patent by the USPTO, which gives it protection until 2037.

AV-001, Avadel’s Unapproved Marketed Drug (UMD) product, has been granted a priority review status by the FDA in May 2019. The filing of the New Drug Application (IND) marks the fourth its fourth revenue producing Hospital Product. The FDA has set a Prescription Drug User Fee Act (PDUFA) target action date of September 15, 2019.

It currently markets BLOXIVERZ® (Neostigmine Methylsulfate Injection), a cholinesterase inhibitor meant for the reversal of the effects of non-depolarizing neuromuscular blocking agents (NMBAs) after surgery, a VAZCULEP® (phenylephrine hydrochloride) Injection, which is an alpha-1 adrenergic receptor agonist, indicated for the treatment of hypotension resulting from vasodilation  in case of administration of anesthesia and AKOVAZ® (ephedrine sulfate injection, USP), a similar  alpha- and beta-adrenergic agonist and a norepinephrine-releasing agent.

THN102, its first product, is a combination of modafinil, and flecainide, intended to act on the glial cells. It is currently being evaluated in phase II clinical trials. The drug candidate enjoys patent protection until 2034. 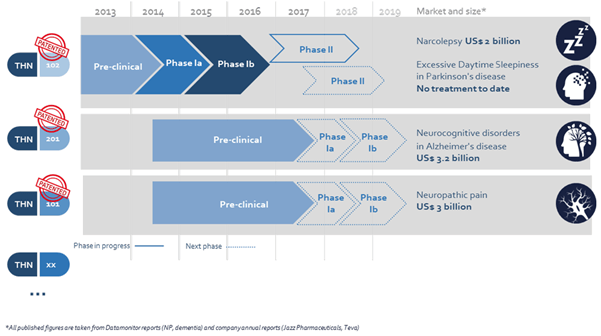 The company recently entered into an agreement with Beyond Batten Disease Foundation (BBDF) to develop drug candidate BBDF 101 for Batten disease.

- Gaming out the Rise of GameStop